Benched: What is Mike Tirico doing now that everything is on hold?

Is this the year Michigan finally gets great quarterback play under Jim Harbaugh?

ANN ARBOR, Mich. – Jim Harbaugh's first three seasons at Michigan have overall been a success, but the team has missed several opportunities to truly make noise on a national level.

The Wolverines had two losses by one possession in 2015, three losses by a total of five points in 2016 and four losses in relatively close games in 2017. Most of those losses can be pinned on the offense and, specifically, quarterback play.

The Harbaugh era began with a seven-point loss to Utah in which Iowa transfer Jake Rudock threw three interceptions, including a pick-six.

In a 27-23 loss to Michigan State the following month, Michigan mustered just 168 passing yards and 230 total yards. Michigan State outgained Michigan by more than 150 yards in that game.

Despite how bad the offense was in both games, Michigan almost pulled out wins over Utah and Michigan State.

The Wolverines spoiled a chance to play in the College Football Playoff in 2016 by gaining only 201 yards of offense and a measly 103 passing yards against Iowa. Two weeks later, Wilton Speight threw a pair of costly interceptions at Ohio State, allowing the Buckeyes to come back and steal the Big Ten East.

If Michigan had gotten strong quarterback play against Iowa and Ohio State, it would have been undefeated going into the Big Ten Championship Game.

John O'Korn completed just 16 of 35 passes for no touchdowns and three interceptions in the 14-10 loss to Michigan State. He also struggled against Wisconsin and Ohio State, resulting in close losses.

In the end, the offense spoiled another year of excellent Michigan defense.

The offensive line has certainly been an issue, but even when Michigan's quarterbacks have gotten good protection, they haven't executed at a high enough level to win big games.

On defense, Michigan has been good enough to win division titles. But the offense has lagged behind. 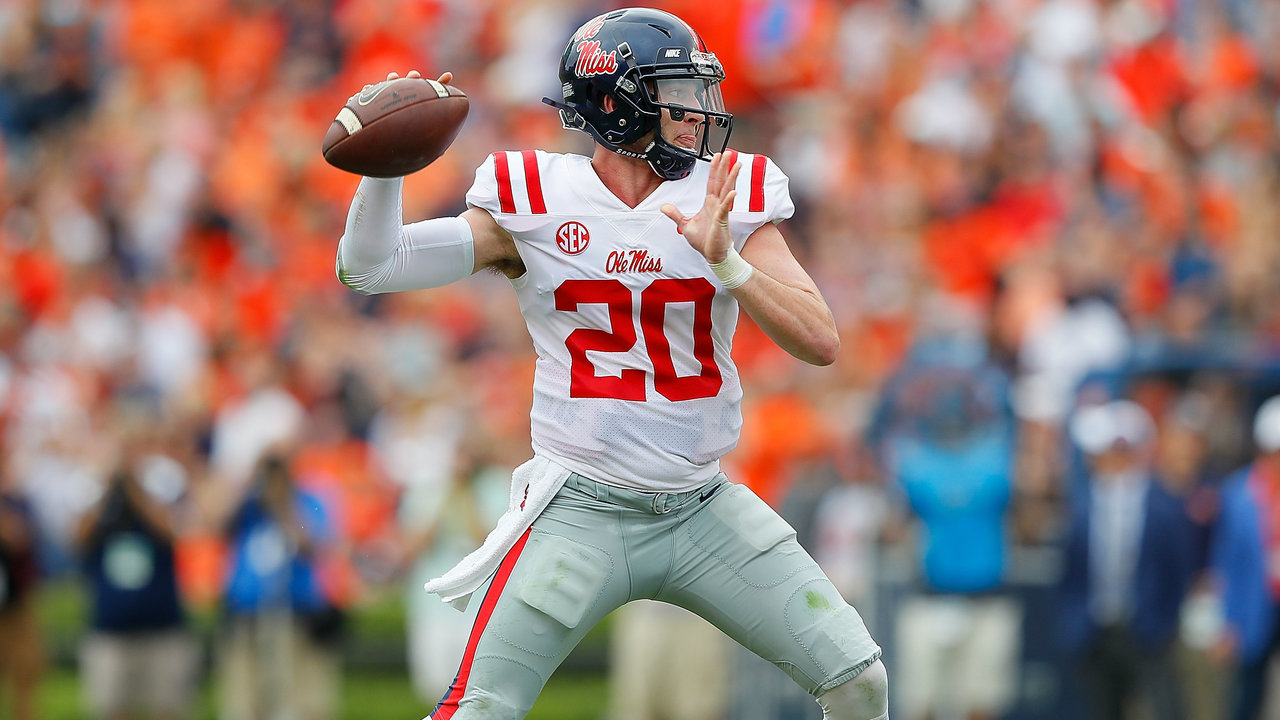 Even though Rudock's numbers were solid in 2015 and Speight was steady in 2016, Michigan has its most talent at quarterback under Harbaugh this offseason.

The most high-profile addition to the roster was Ole Miss transfer Shea Patterson, who was the No. 1 overall quarterback recruit in the 2016 class. Patterson was the No. 4 player in the nation and had offers from virtually every major school.

As a true freshman at Ole Miss, Patterson completed 72 of 132 passes for 880 yards, six touchdowns and three interceptions. He also rushed for 169 yards.

He began last season as the Rebels' starter, completing 63.8 percent of his pass attempts for 2,259 yards, 17 touchdowns and nine interceptions in seven games before a season-ending injury.

Patterson averaged 322.7 passing yards per game in 2017. Michigan's offense averaged 171.2 passing yards per game, which was 111th in the country. The Wolverines finished the year with an abysmal nine passing touchdowns and 10 interceptions, so Patterson's numbers from last season would have been a massive improvement. 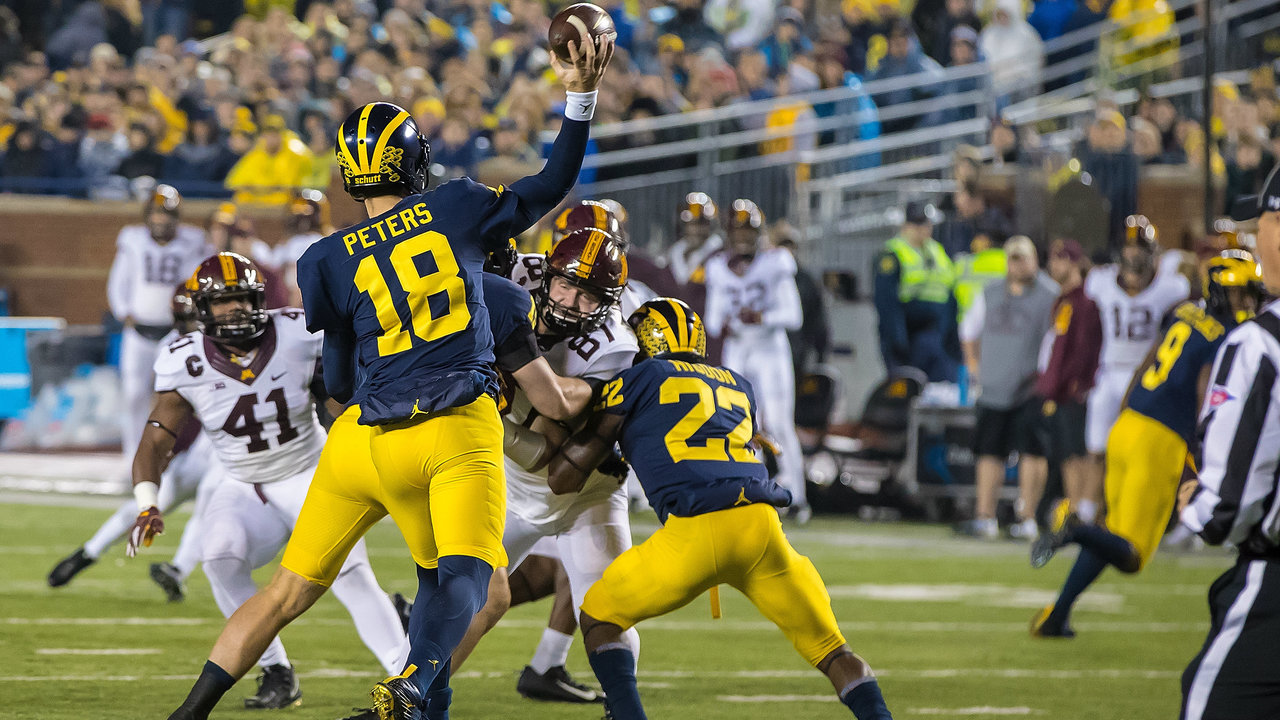 Michigan had a few bright spots at quarterback last season, and most of them came from Brandon Peters.

Peters was highly touted out of high school, committing to Michigan as the No. 6 pro-style quarterback in the nation and the No. 61 overall player. He finally got his chance when Speight got injured and O'Korn struggled, and he showed a few positive signs.

In parts of six games, Peters completed 57 of 108 passes for 672 yards, four touchdowns and two interceptions. He only completed 52.8 percent of his pass attempts, and very few of them were downfield, but he ran the offense better than the others and took care of the ball until throwing a pair of picks in the Outback Bowl.

Peters is only a redshirt sophomore, and he's definitely talented enough to be a starting quarterback in the Big Ten. But he'll have to make major strides from last season to beat out Patterson for the starting spot. At the very least, Michigan is in a better position to survive a quarterback injury than it was in 2017. 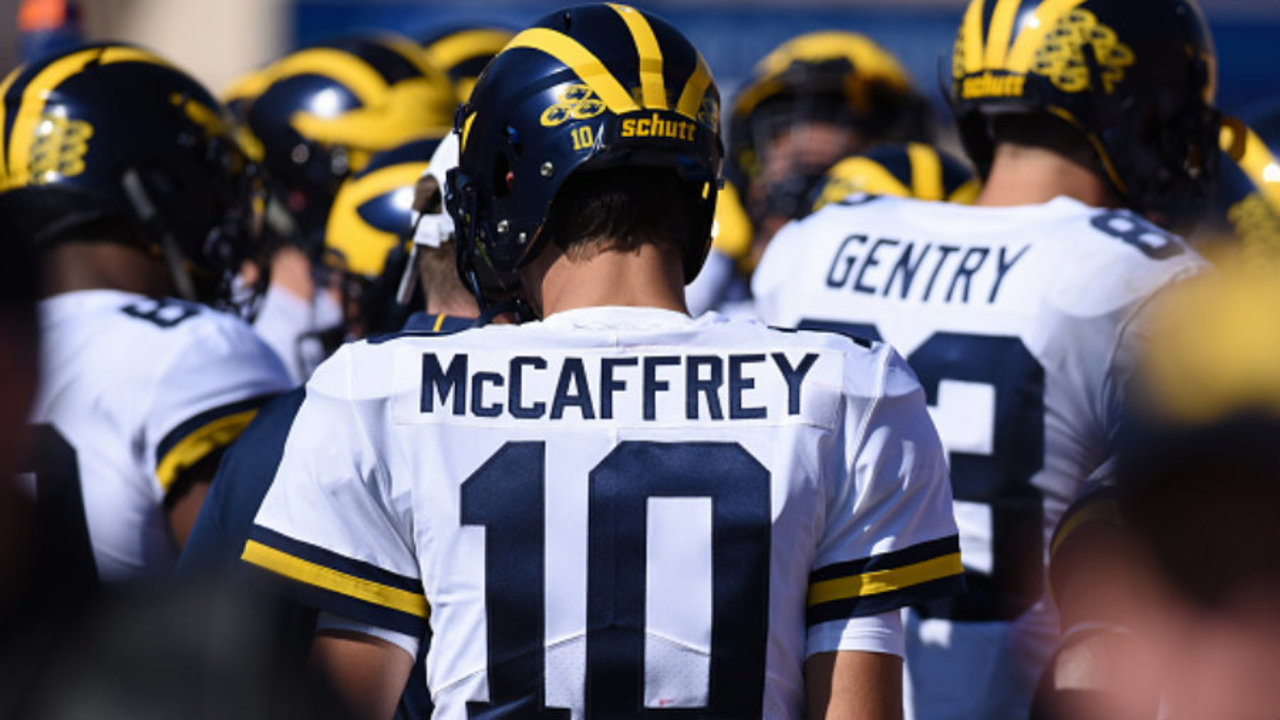 With Peters taking over last season and Patterson transferring in, Dylan McCaffrey has flown under the radar at Michigan. But he was one of the top quarterbacks in the 2017 class and could be a factor the next couple of seasons.

McCaffrey was the No. 5 pro-style quarterback coming out of high school and perfectly fits Harbaugh's offense. He's 6-foot-5 and has a strong arm, but he was very thin last season and didn't look ready to take hits from Big Ten defenders.

He probably won't start this season, but McCaffrey could fight for the backup job.

Michigan has enough quarterback options not to call on a true freshman, but with the new redshirt rules, Joe Milton could see some game action.

The new rule is that players can play up to four games in a season and still redshirt. That means Harbaugh can get Milton a few games of experience before truly battling for the job next offseason.

Milton was the No. 9 pro-style quarterback in the nation this recruiting cycle, but coaches have raved about his tools since he enrolled early at Michigan. If he can get on the field for four games this year, it would benefit his growth.

Three years ago, Michigan would have finished the regular season 11-1 with better quarterback play. In 2016, the offense cost Michigan a perfect regular season.

This year, the defense looks just as strong as it was the last two years under Harbaugh and defensive coordinator Don Brown. With stars such as Rashan Gary, Chase Winovich, Devin Bush, Khaleke Hudson, Lavert Hill and David Long returning, Michigan will have another elite defense.

But if the offense can't improve, it will be another season of what-ifs for Harbaugh, especially with a gauntlet of a schedule. Michigan has to play road games at Notre Dame, Michigan State, Northwestern and Ohio State this year in addition to home battles with Penn State and Wisconsin. Every single one of those teams won double-digit games last season.

Harbaugh has turned around a program that floundered in mediocrity for nearly a decade, but in his fourth year, he's expected to win big games and bring trophies to Ann Arbor. If this talented group of quarterbacks can't get it done, Michigan will fall short of expectations again.