Burger Bracket 2019: Who has the best burger in Metro Detroit? Vote in Round 2

Who serves up the best burger in Metro Detroit?

The first round started on Monday, and now we move to the second round. There were some BIG upsets in the first round.

Here's a look at the updated bracket: 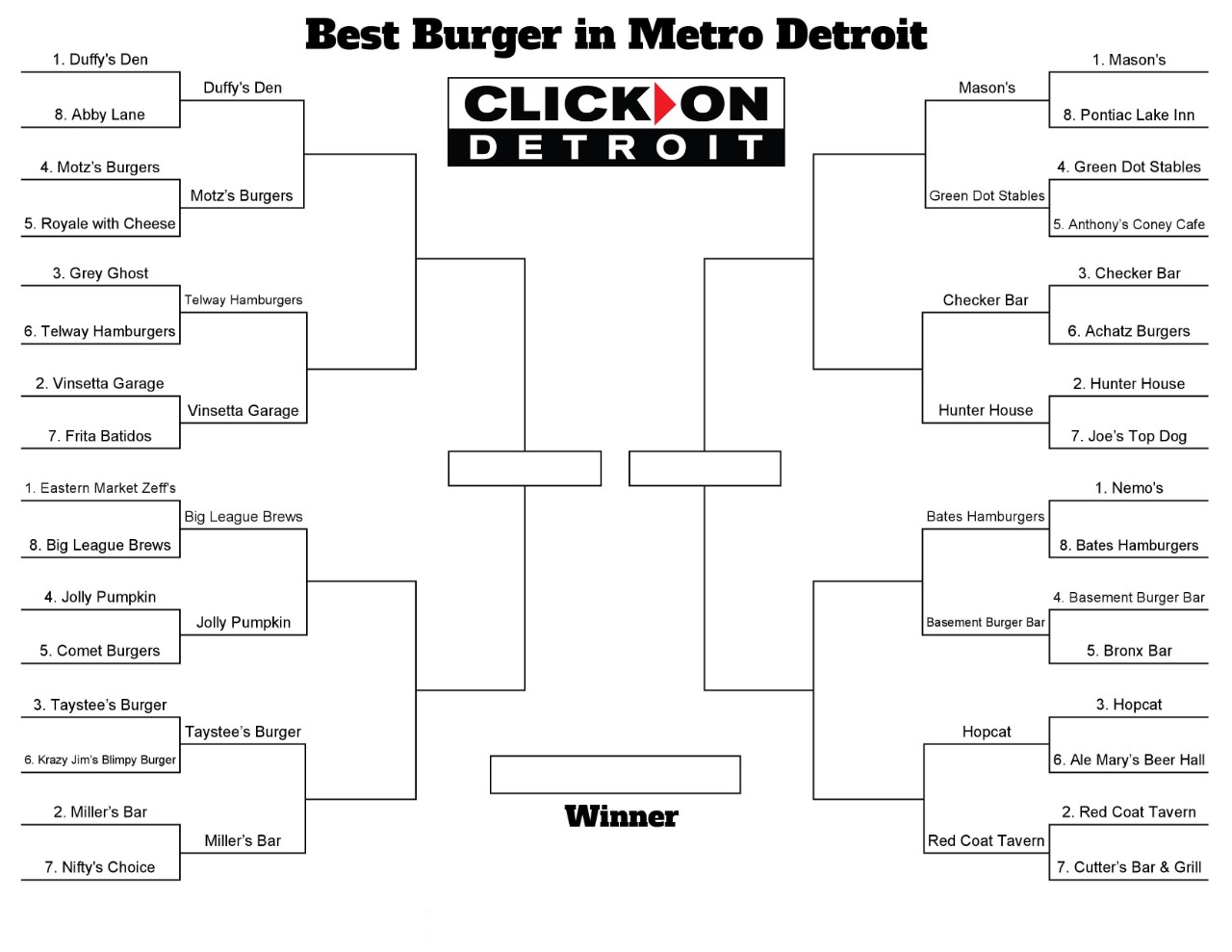 Round 3 is underway -- vote here