Driver in custody after crashing into bus shelter, man in wheelchair in Detroit

Burger Bracket 2019: Who has the best burger in Metro Detroit? Vote in Round 3

Who serves up the best burger in Metro Detroit?

The first round started on May 13 and the second round ended on Sunday. Now we move to the third round. There were some BIG upsets in the first round.

Here is the Round 3 bracket: 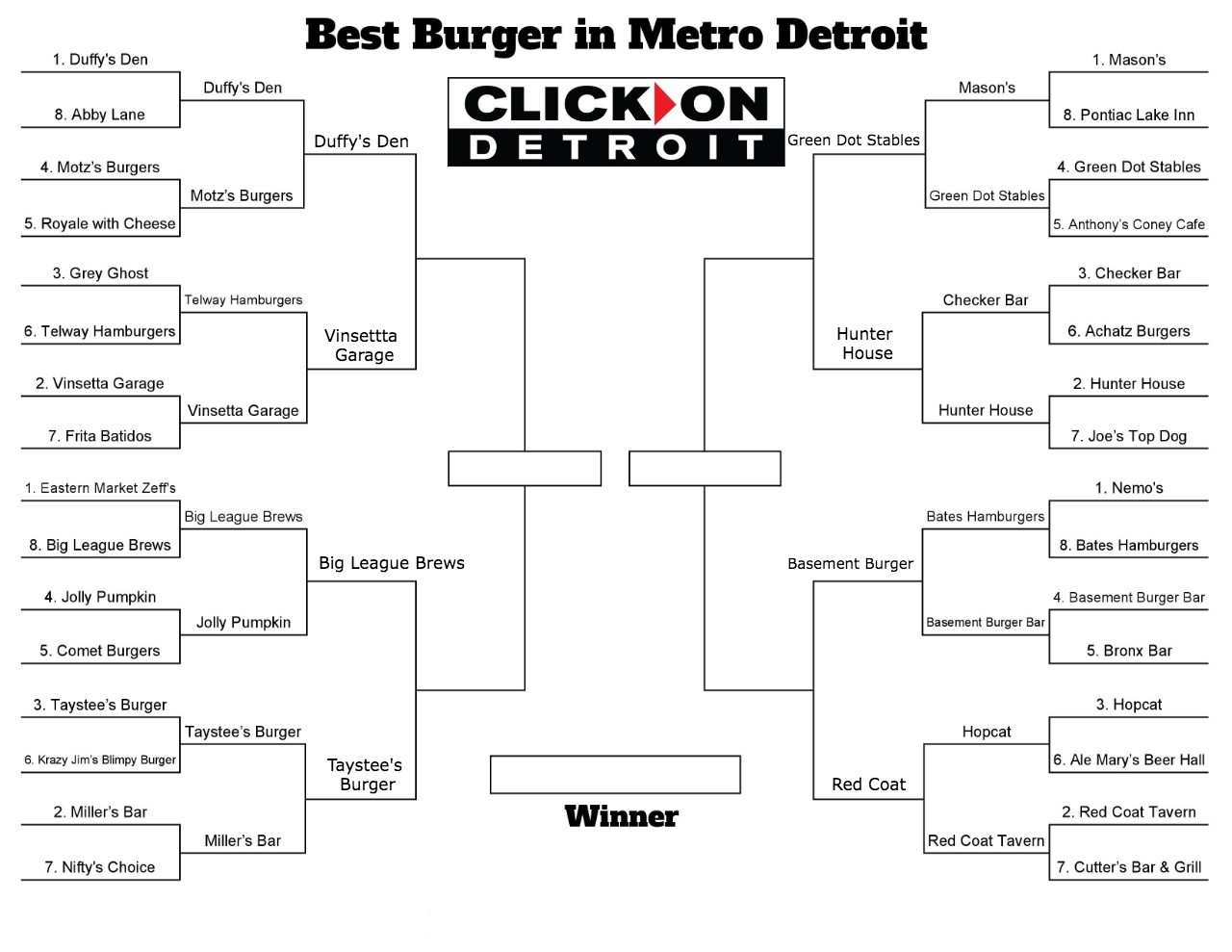 Round 4 voting is now open here.