If you are looking to blow off some steam in our current political climate, allow me to recommend Far Cry 5. In one mission I was working for a CIA agent who was recovering a "scandalous video tape" for "the big guy". In another mission the villains of the game try to take everybody's guns. If it sounds like you might be in danger of taking things too seriously, then know that early on you gain the ability to fight turkeys while parachuting.

Normally, Far Cry takes shots at other cultures, or at least America's affect on them: Far Cry 3 made fun of the white savior narative, Blood Dragon gloriously teased 80's action flicks, and Far Cry 4 was critical of the Maoist insurgency in Nepal. It felt like it was time for the USA to get it's lumps from the franchise, and boy did it. 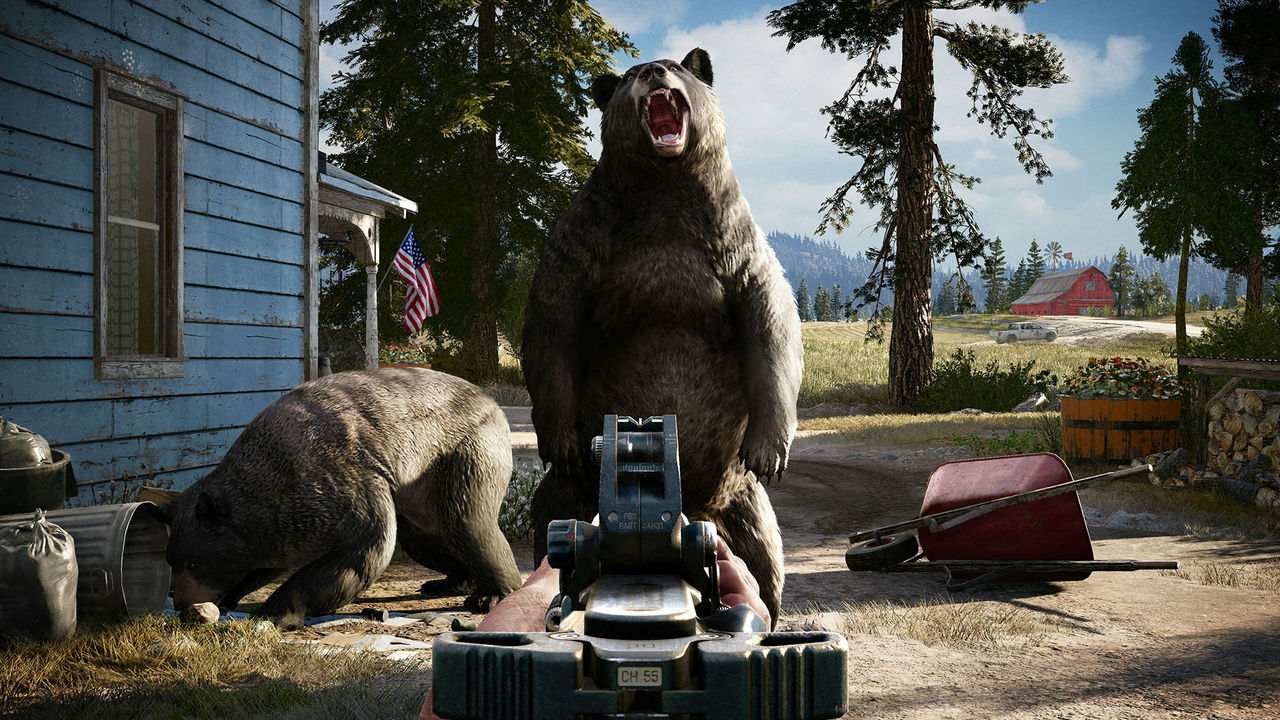 America's current troubles with gun culture, a forgotten lower class, and a massive political divide are all highlighted, exaggerated, and examined here. Doing this self-assessment in the context of a game that also alludes to the presence of aliens before prompting you to dodge hallucinogenic bullets makes it all feel safer to explore. The things that offend can be written off as parody, and the points you love will make you giggle with glee. In a time when all of us in America are feeling a lot of hostility toward "the other side" (whoever that may be for you) Far Cry 5 is an excellent way to work through that aggression while constantly being reminded that it's all ridiculous enough to make it into a Far Cry game.

That's a minute! Here's our assessment:

Jake Draugelis is a self-proclaimed "Ambassador of Funk" and can be found at on Facebook, Twitter, or elsewhere on THIS VERY SITE!