What is a "Sealed Deck League" and why does this shop run it?

Published: June 19, 2018, 5:20 pm
Tags: 1d4 Tabletop, 1d4, Entertainment
1d4 is the casual side of ClickOnDetroit. If you enjoy the content below, you can see new articles every day on clickondetroit.com/1d4 ! If you have a moment, check 1d4 out on Facebook and Twitter .

Every time we go to a convention in Michigan, we see Pandemonium Games and Hobbies there. We love seeing them reach out to the public like this because they are old friends; back when we were just getting started on Twitch.tv they gave us advice on how to set up a proper tabletop game, showed us which sets would look the best, advised us on the miniatures to buy, and even made a guest appearance on Halloween!

It wasn't a surprise to see them prospering, because we know how much they care about the hobby. What was a surprise to learn, however, was that we did not have a unique experience at Pandemonium.

Everyone who comes through the doors at their store on Middlebelt road in Garden City- whether they're a veteran gamer or are just curious about the hobby- receives respect, attention, and answers. Their business seems to be build around catering to old and new players without sacrificing the experience of either.

A great example of this philosophy is the event they run on Mondays, called the "Sealed Deck League". 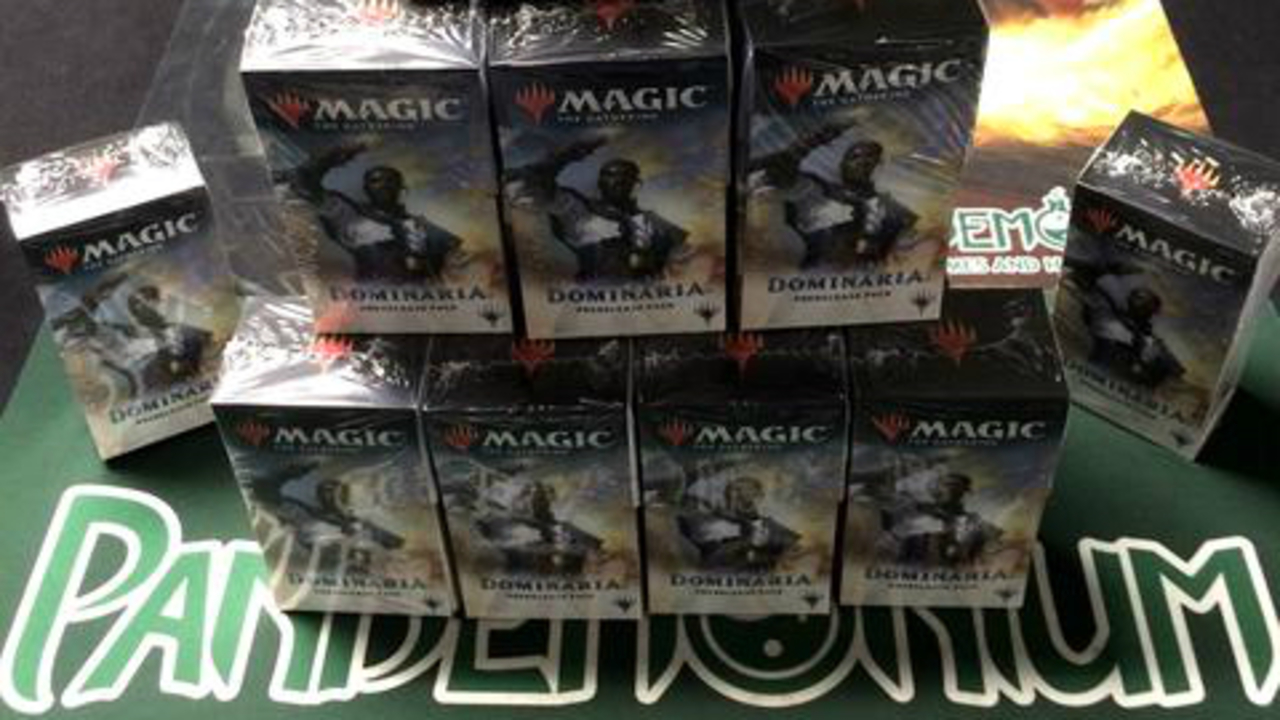 "Magic: The Gathering" is a hugely fun game for those that know how to play it, but it can seem daunting to get into if you've never played before. This creates a problem for both groups. The latter aren't playing a game that looks interesting and the former don't have as many players to play against. The "Sealed Deck League" addresses this problem by creating a tournament where all players start with a new deck, and are allowed to build their decks as the tournament goes on.

The appeal here is that veteran players get to feel what it was like to have a clean slate again, and new players don't feel like they're competing against years of accumulated cards as well as experience. There's still deck building, but it happens throughout the tournament, rather than in the months before.

Pandemonium runs this tournament at cost for the players. Their goal, as always is to encourage the hobby of tabletop gaming. Yes, it's a savvy business move to increase the number of people in their customer base, but they got into this business for love of the hobby.

Pandemonium Games and Hobbies is located at 6033 Middle Belt Rd. Garden City MI, 48135. We hang out there pretty frequently, so if you see any of us 1d4 folks getting annihilated at Warhammer 40K, say 'Hi'!