Coronavirus in Michigan: Here’s where we stand as of Sunday

Metro Detroit forecast: Trading one weather hazard for another

Ferndale rocked by 'The Front Porch'

Published: June 23, 2018, 8:44 pm
Tags: 1d4 Music, Community, 1d4, Entertainment, Lifestyle
1d4 is the casual side of ClickOnDetroit. If you enjoy the content below, you can see new articles every day on clickondetroit.com/1d4 ! If you have a moment, check 1d4 out on Facebook and Twitter .

Gary Graff said to us, "You can’t get purer with music than having it played on the front porch."

He would know, too. Gary is an award-winning music journalist who's written for Billboard, the New York Times Features Syndicate and Digital First Media. He's appeared on podcasts and on television (including the Batman to our 'also Batman', Local 4). Gary gets music.

Last year, he and co-founder Michael Benghiat started an event called "A Day Of Music On Ferndale Porches".

"We put it on to help make a pilot for a TV show, but it was so successful that we had to make it an annual thing."

The Whiskey Charmers playing for the crowd.

The idea is that artists play on- you guessed it- front porches. They are spaced far enough apart that the music from one band doesn't interfere with others, but close enough that it's only a short walk from band to band. The result is a wandering concert that is perpetually full but never uncomfortably crowded.

"A Day Of Music On Ferndale Porches" had big names and names that might be big one day. We personally saw The Whiskey Charmers, Kind of Animal, The Lafayettes, Mia Green, Royal Sweets in Exile, and Large Extra Large, but that is only a tiny fraction of the bands that were able to participate.

The concept is novel, but it's only a one day a year thing. That means that weather should have played a major factor today. Rain or the absence of it should have made or broken the outdoor event. And in fact, it did rain in Ferndale. 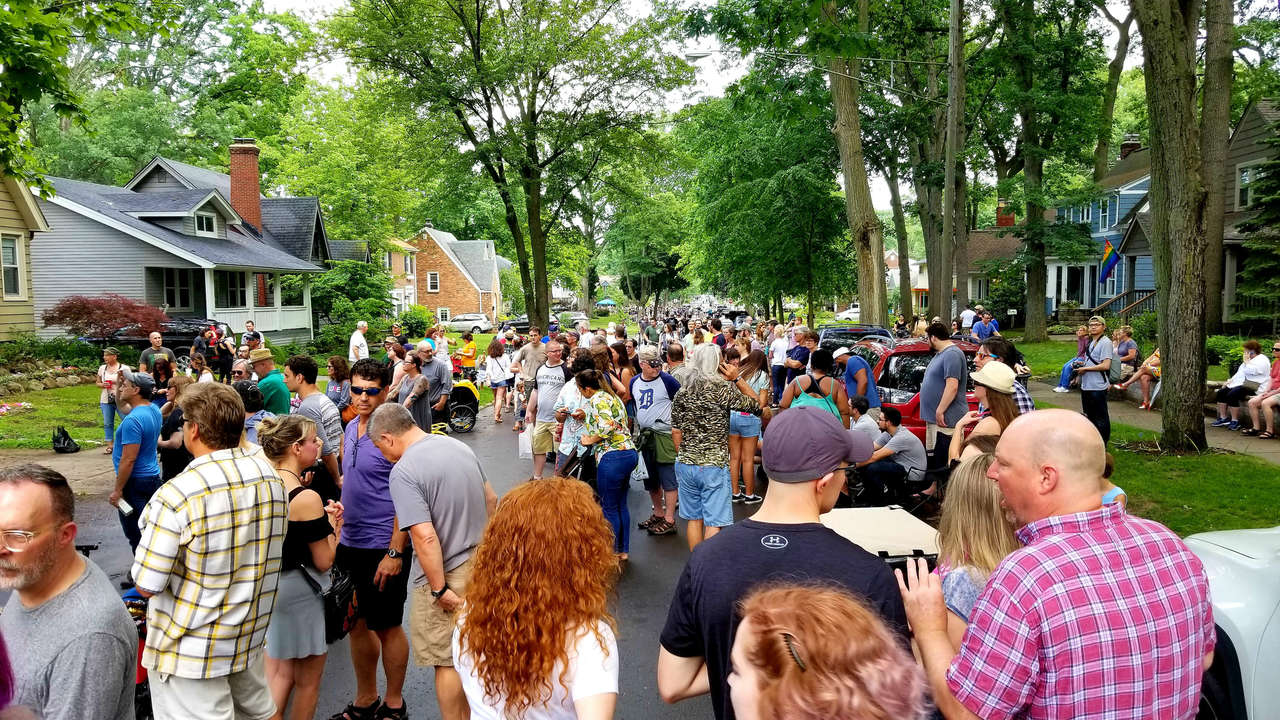 Gary said, "I marvel that when the rain came today the crowds got bigger," then added, "We’re lucky that we put this on in Ferndale, a community that gets it."

For more information on this event, check out thefrontporchmi.com