Detroit continues to push for its residents to get vaccinated

Michigan Gov. Gretchen Whitmer has established the Marijuana Regulatory Agency (MRA) within the Department of Licensing and Regulatory Affairs (LARA).

According to LARA, the MRA combines "previous authorities, functions, and duties into an agency which allows the state of Michigan to more efficiently regulate both medical and adult-use marijuana."

“I’m confident that the MRA is prepared to implement a fair and effective regulatory structure that protects Michiganders while providing an opportunity for businesses of all sizes to thrive,” said Gov. Whitmer. “Having a single state agency dedicated to administering all state laws relating to marijuana will allow Michigan to continue to lead the nation in this emerging industry."

Andrew Brisbo has been named MRA executive director. He currently serves as director of the Bureau of Marijuana Regulation within LARA. Previous to this position, he served as the state division administrator for the licensing division for the department.

“It is our intention to have an initial set of industry ‘emergency rules’ in place this summer and to be prepared to begin accepting business applications this fall,” said Brisbo. “Giving local municipalities, other state agencies, and potential business owners enough time to plan and prepare will allow for a successful rollout of the new adult-use marijuana law.”

According to LARA,the staff at MRA have already processed more than 180,000 applications for marijuana registry cards and cleared a backlog of 800 marijuana facility license applications over the course of the past year. It is the agency’s mission to "establish Michigan as the national model for a regulatory program that stimulates business growth while preserving safe consumer access to marijuana." 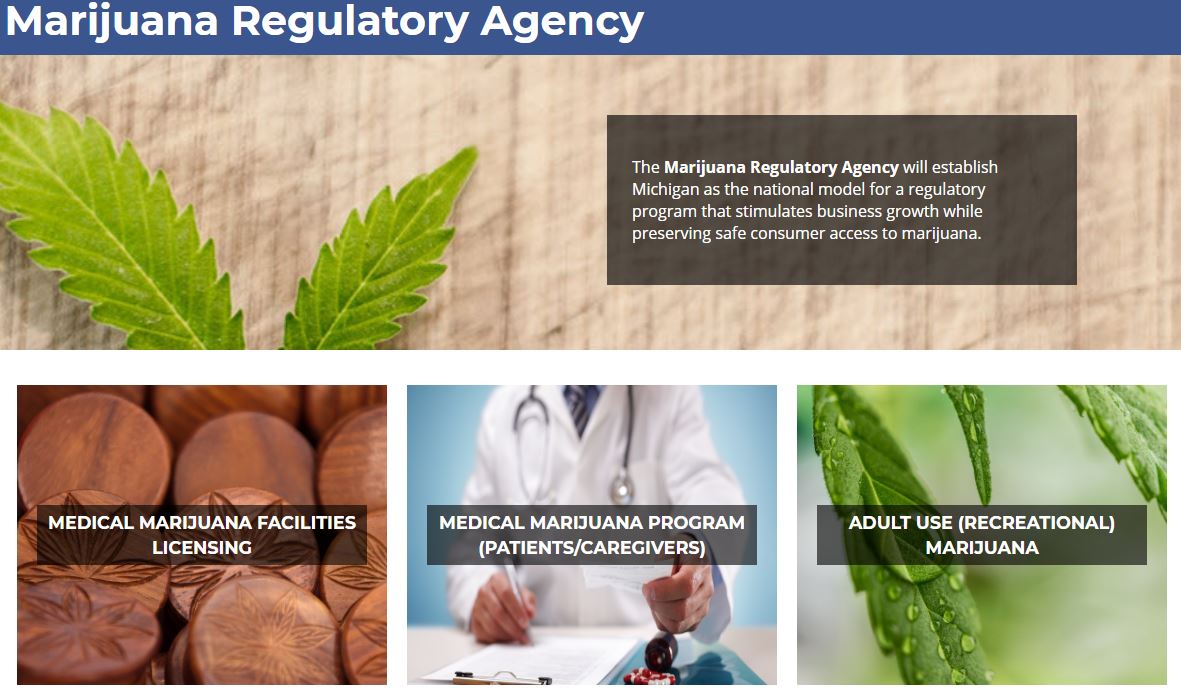 The MRA hold four public meetings each year in which they will receive public input while also providing information on the administration of the state’s marijuana laws.

Now after November 2018's general election, Michigan is the 10th state to approve a measure to legalize recreational marijuana, and the first in the Midwest.

The proposal passed 55 percent "yes" to 44 percent "no." The official vote total is 2,285,364 in favor of legalizing recreational marijuana in Michigan.

READ: Recreational marijuana legalized in Michigan: When will it be legal, what's next?