Vacant building collapses with men inside

DETROIT – Two men were found dead Wednesday at a collapsed building near the Southfield Freeway and Seven Mile Road in Detroit.

According to the Wayne County Morgue, the men were suspected of stealing metal piping from the vacant building on Seven Mile Road near Greenview Avenue. The building is the former Arnold Home for senior citizens. Police said the ceiling collapsed on the men.

Police also said tools commonly associated with scrapping operations were found near the men. The two had not been seen since Monday and at least one of their family members reported them missing.

"From what we can see the ceiling did collapse on the victims, so the cause of death ... we haven't heard from the medical examiner's report," said Detroit Police Sgt. Erin Stephens.

The building recently was sold for taxes and was shut down several years ago. 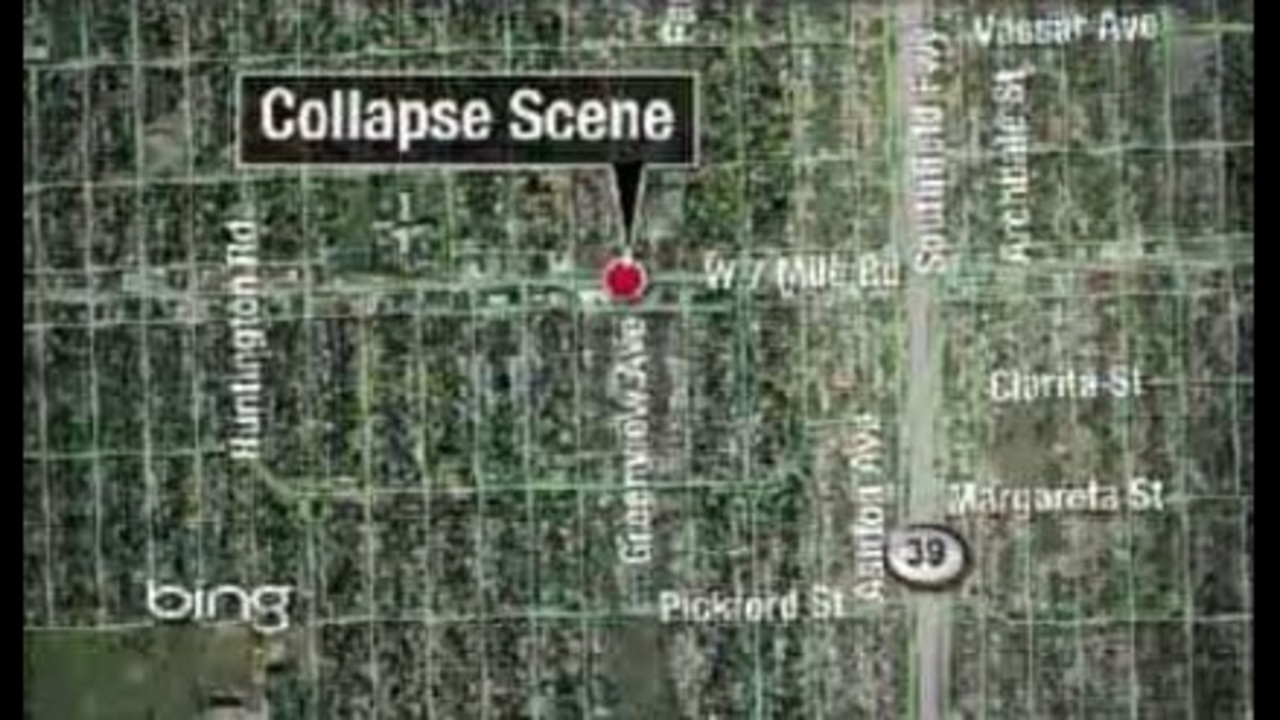