DETROIT – Oakland County has been forced to release 228 prisoners because there isn't enough space for them at its jail in Pontiac.

Sheriff Bouchard said the overcrowding problem arose because of the number of prisoners sent to jail by the courts.

"I have no control over who gets sentenced to jail. So we went into emergency overcrowding. We actually had people sleeping on the gym floor," Bouchard said.

Both misdemeanor and felony offenders were reviewed for release -- but those with assaultive or drunk driving charges were not eligible.
Of the 228 offenders, 73 were felons and 155 had misdemeanors charges.

Sheriff Bouchard said the inmates with minor charges were a major cause of the overcrowding.

"If you look at the list, you, like myself and a lot of other people, say, 'Why were they in jail anyway?' You have 38 who were in for either suspended license or no operator's license on their person. Had those 38 not been in jail and maybe cleaning the highways on the weekends as an alternative for misdemeanors or on a tether, we wouldn't have been in overcrowding," Bouchard said.

This is the second time this year the jail has been overcrowded -- a similar released happened in March. 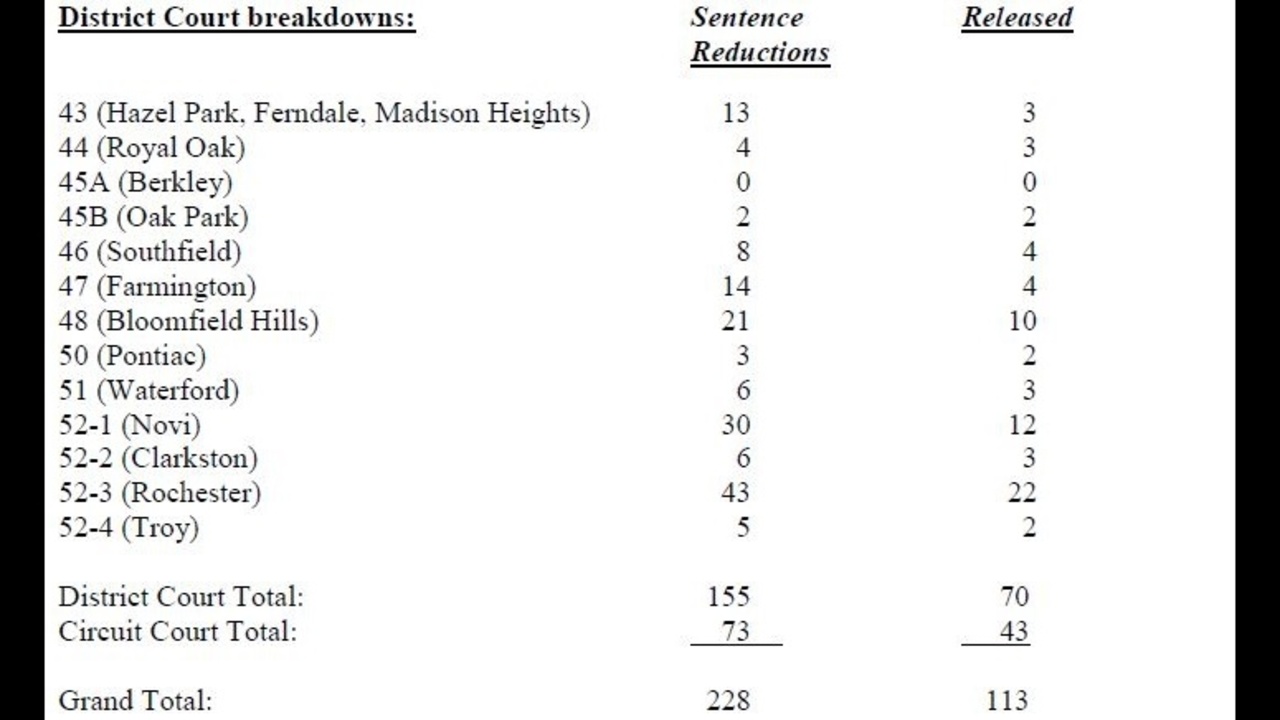