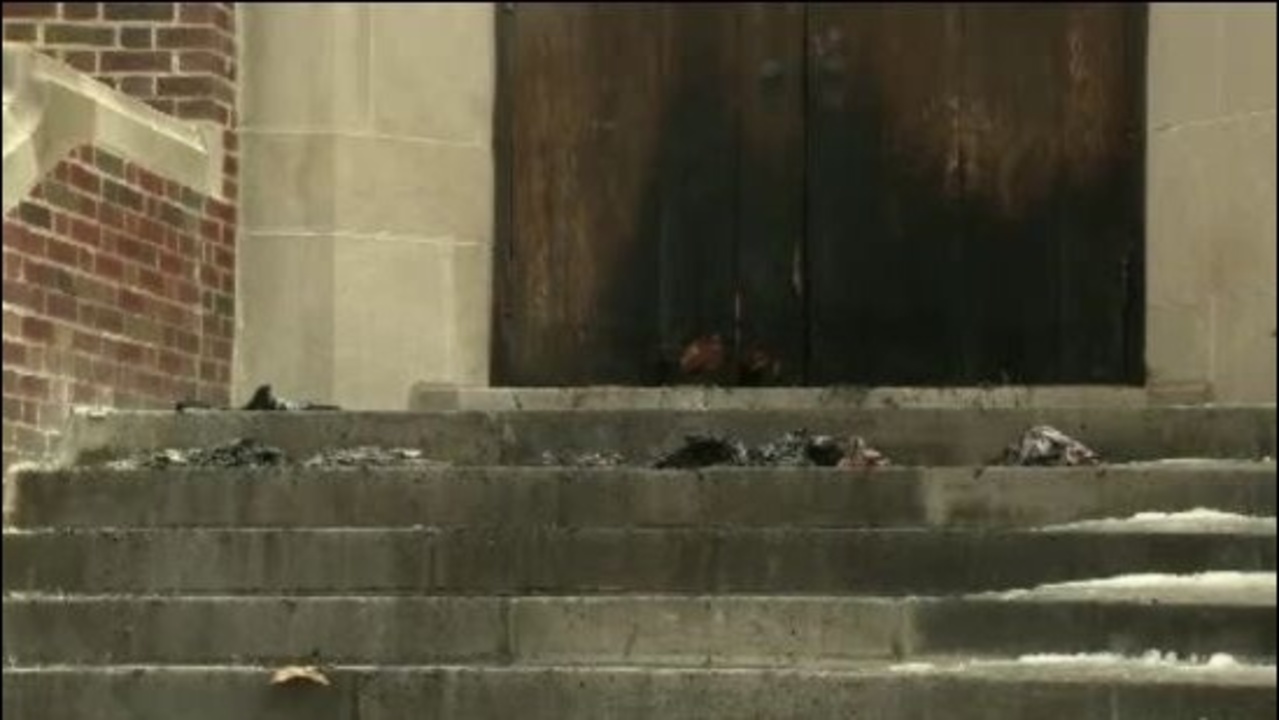 A Detroit organization dedicated to helping others was the target of a firebombing Wednesday morning.

The doors of PIME Missionaries are charred after someone threw a Molotov cocktail at the building. Father Dino Vani, who heads the ministry, said he was in the chapel praying when he and the other priests suddenly smelled smoke.

"I was in chapel praying and smelled smoke so I, along with my (the others), we came out, we saw the fire. We had to put it out with fire extinguishers," Vani said.

The priests were able to put out the small fire to the door. Arson investigators say they don't know exactly what caused the fire at this point.

"It's an old-fashioned oak door, panel door, and it's hard to replace," said Vani.

Anyone with information is asked to call Detroit police.