Here’s which Michigan counties have confirmed COVID-19 cases, deaths as of May 26

PONTIAC, Mich. – The husband of a 74-year-old West Bloomfield woman who is charged with shooting and killing her 17-year-old grandson took the stand Friday.

She is charged with first-degree murder and gun charges for Jonathan Hoffman's death on May 18, 2012.

Defense attorney Jerome Sabbota has said Layne was acting in self-defense when she shot the teen in the condo he shared with his grandparents.

Hoffman was living with his grandmother while his mother and father were divorcing and living outside Michigan.

Sabbota said the teen had a troubled past with drugs, pointing out he had been convicted of marijuana possession and once had to be hospitalized for overdosing on mushrooms.

In a 911 call that was played in court, the teen is heard telling the dispatcher that "my grandma shot me. I'm going to die. Help."

he defense has also played a 911 call from March 21, a separate incident, where Layne called to say the teen was in a rage and trying to run away. She tells the operator she's trying to get him into her car so he can't leave.

"I love you and I want us to get some help," Layne is heard saying.

He explained that Jonathan began living with them in August 2011 so he could finish high school with his friends.

Fred Layne said he had never seen the teen physically assault his wife, but that they "argued a lot."

He also said he was not aware that his wife had bought a gun.  He said he was "flabbergasted" when he found out.

Fred Layne said he had left the house to walk the dog when the shooting happened.

When he returned home, he said he saw his wife on the "lawn" and was told he needed to go straight to Botsford Hospital, which was where Jonathan had been taken.

He said he was told once he got there that the teen hadn't made it. 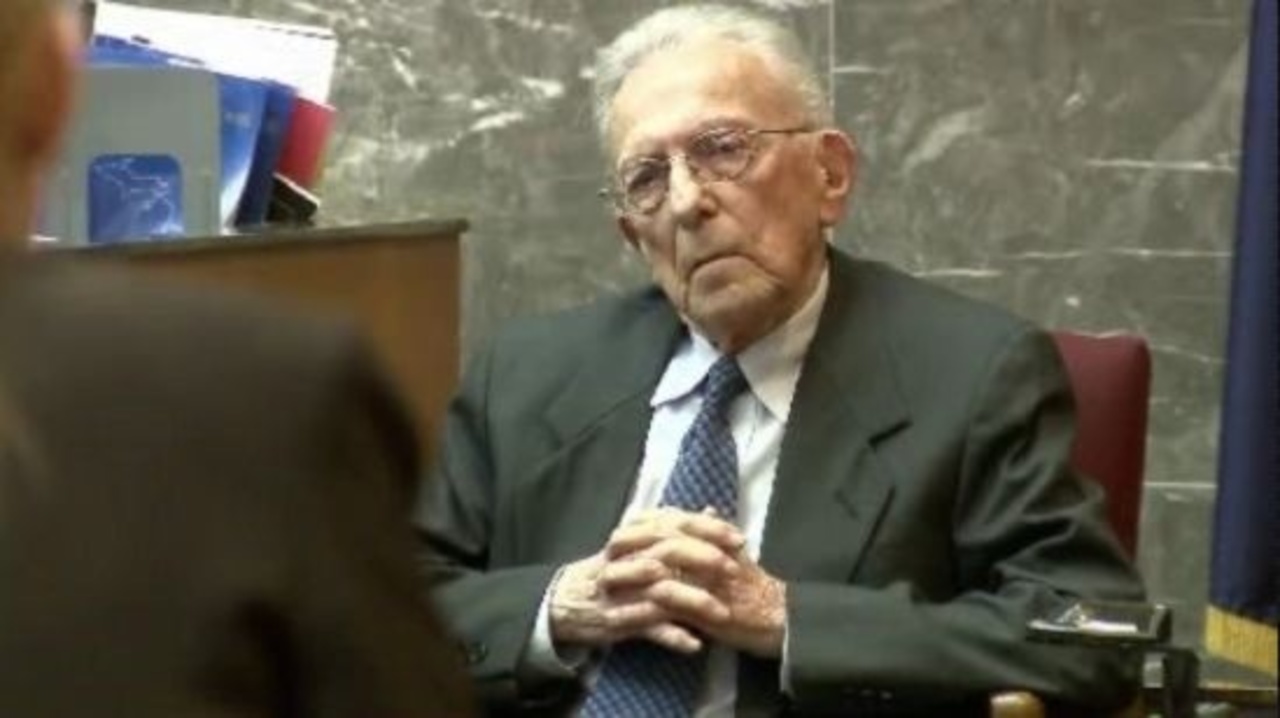 Fred Layne said even though Jonathan was his step-grandson, he never treated him that way. He said he and his wife were very concerned about his grades and checked in with his teachers.

However, whenever they would fight, Fred Layne said, "Send the kid back. You don't have to deal with this."

"She was just trying to do her duty as a grandma. She would do anything in the world for that kid," he said.

He explained and walked the court through diagrams of the house he and an evidence technician had drawn up of Layne's condo.

It included markings of where bullet casings were found and showed a trail of bloody footprints, allegedly from Layne.