Detroit Election Primary is 1 week away 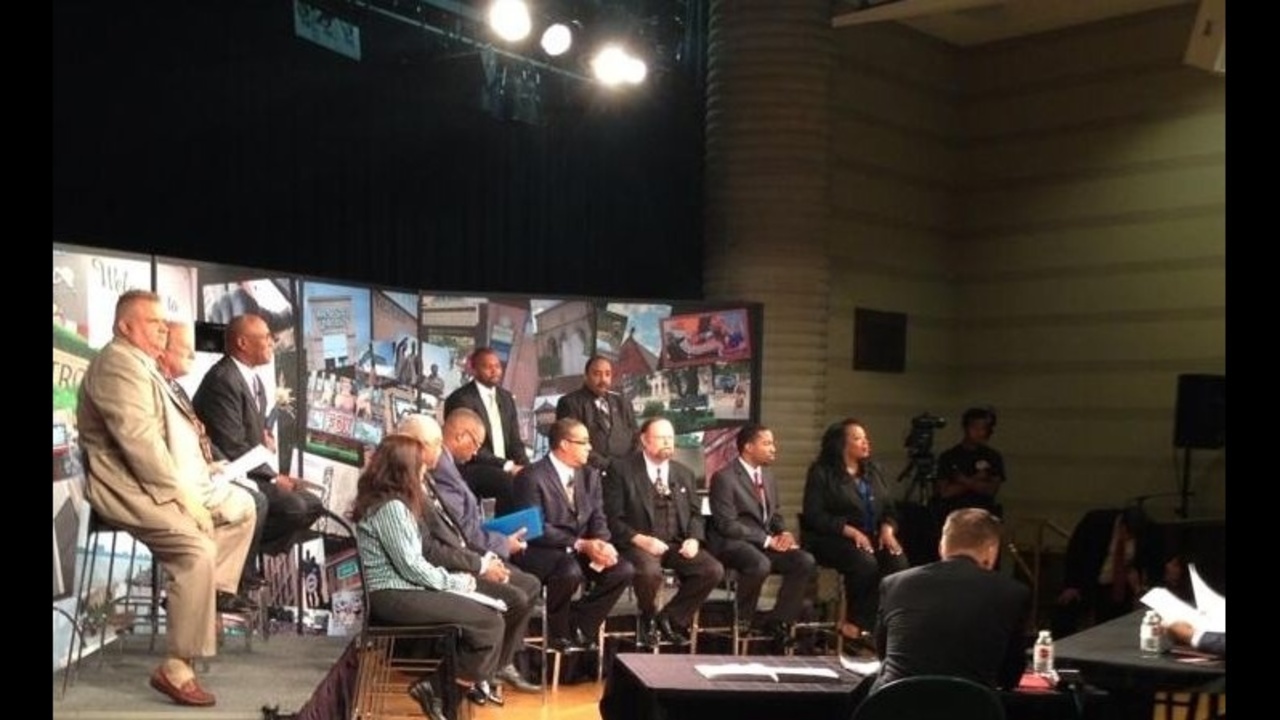 Detroit's mayoral hopefuls packed the stage Tuesday night at the Charles Wright Museum of African American History for a 2-hour debate that was at times tense and nothing but the sewing of cliches.

All 13 candidates were present except Mike Dugeon, the candidate with an eerily similar name to Mike Duggan. The whole Dugeon controversy hit first up with Duggan who said Benny Napoleon told him he was not responsible for it. Duggan is more interested in spelling at this point.

"I'm not going to spend any time criticizing anybody over it, but we're going to work really hard, D-U-G-G-A-N, please spell it with two G's and fill in the circle," said Duggan.

He and Napoleon spent most of the evening sitting next to each other, and they both had some on liners.

"I've never seen the guy in front reach back and trip the person behind him," said Napoleon.

The candidates were put into three groups. Duggan and Napoleon were in the first group with Krystal Crittendon and Fred Durhal Jr. The second group featured Lisa Howze and Tom Barrow.

Part of the issue Tuesday night was audio. At times it was very difficult to hear Howze, who touted her CPA experience. Meanwhile, Barrow was all about the zingers.

"If you believe the fix is in then the fixers are right here in front of us," Barrow said. "All of us have been trying to talk about issues but they want us to talk about whether or not we want to have a white mayor. I shall endeavor to answer all of the questions this evening in a forthright and straightforward manor, but I will not allow myself to be silenced and take away black empowerment in Detroit."

Was there really any substantive discussion? Not really. Did anyone give specifics? No. Was anyone's mind changed? Probably not.