WAYNE COUNTY, Mich. – Another claim of corruption is coming to light in Wayne County.

This time it's the state making accusations and the state is looking to get back millions of dollars.

Corrigan sent a letter to Wayne County that claims there are pay-to-play and other serious financial issues inside Wayne County's taxpayer funded juvenile justice program.

That letter is brewing up a battle because Wayne County is decidedly not on board with Corrigan's findings.

The state of Michigan and Wayne County has contracts splitting the costs in the juvenile justice program. They spend $175 million dollars a year.

But the letter from MDHS to the county -- sent two weeks ago -- comes with some unsettling language cited from the report of forensic accounting firm The Whall Group of Auburn Hills.

The report says, "The appearance of conflict of interest and the potential for abuse is a significant issue. The report went on with a common refrain about Wayne County. "Pertaining to 'Donor funded contracts' that the 'funding model' does have the appearance that the contractors must first agree to donate money to receive a contract with the county." 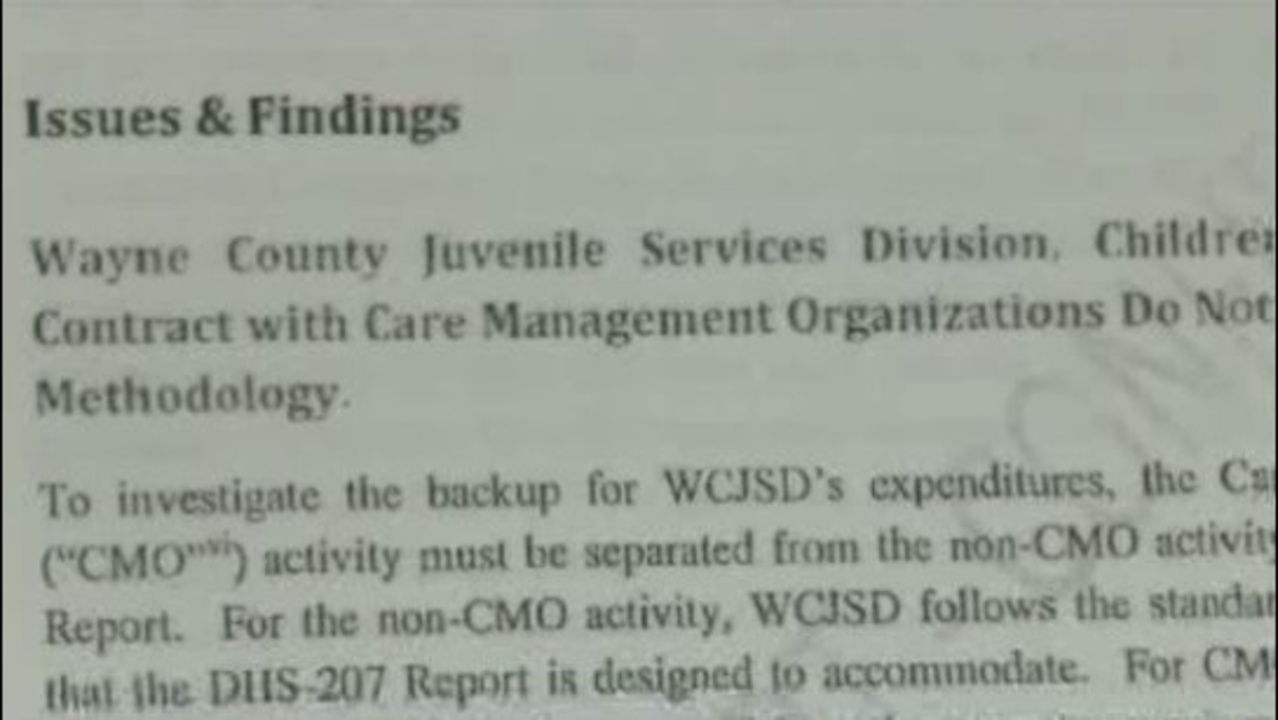 "You know it's interesting that there is an appearance on behalf of the state that they're a pay-to-play, there's no such thing. I think at times, sometimes when the name of a program is donor funding that would lead to some sort of confusion," he said.

Confusion or not, the state is looking to get back nearly $3.5 million and that figure could go higher.

"This is a process that we will respond back, the state will look at our responses and I think we can come together and resolve this issue," said Sturdivant.

The program is called the child care fund and Sturdevant points out it uses a new and different business model that the state not only approved but also praised.

The state is standing by its findings and is still looking to recoup its cash.