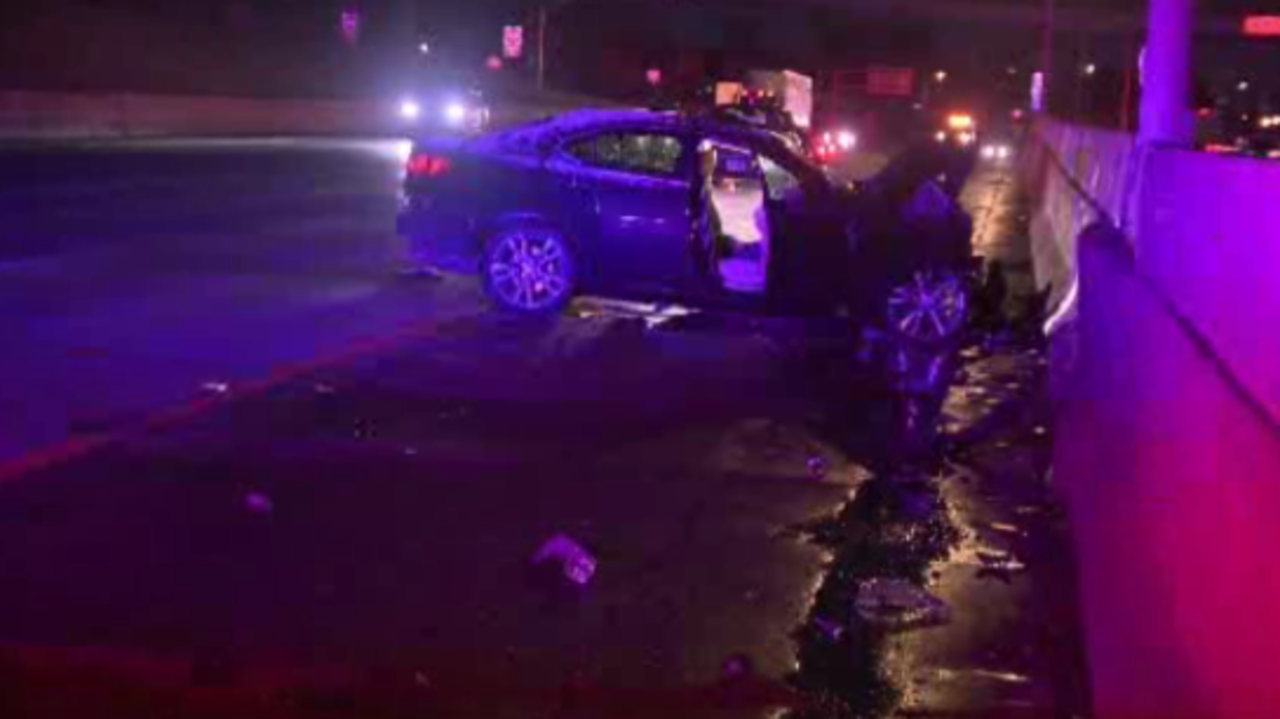 The southbound side of Interstate 75 at Livernois Avenue in Detroit has been shut down due to a crash.

A vehicle entered the interstate from the above service drive, down the grass embankment, went across the freeway and slammed into a barricade. It sustained heavy damage to its front end. The cause of the crash could be the icy conditions. The driver did not suffer life-threatening injuries, and neither did anyone else.

There was another crash just down the interstate at Schaefer Highway. That crash caused some backups on I-75.

Police across Metro Detroit and southeast Michigan have been reporting crashes due to the icy conditions on the roads.

There was a multiple-car crash on Halsted Road just south of Interstate 696 in Farmington Hills. The road was shut down temporarily.

Most of the crashes reported have been minor fender-benders but enough to disrupt the flow of traffic.

Drivers are advised to take extra precautions as they head out tonight.