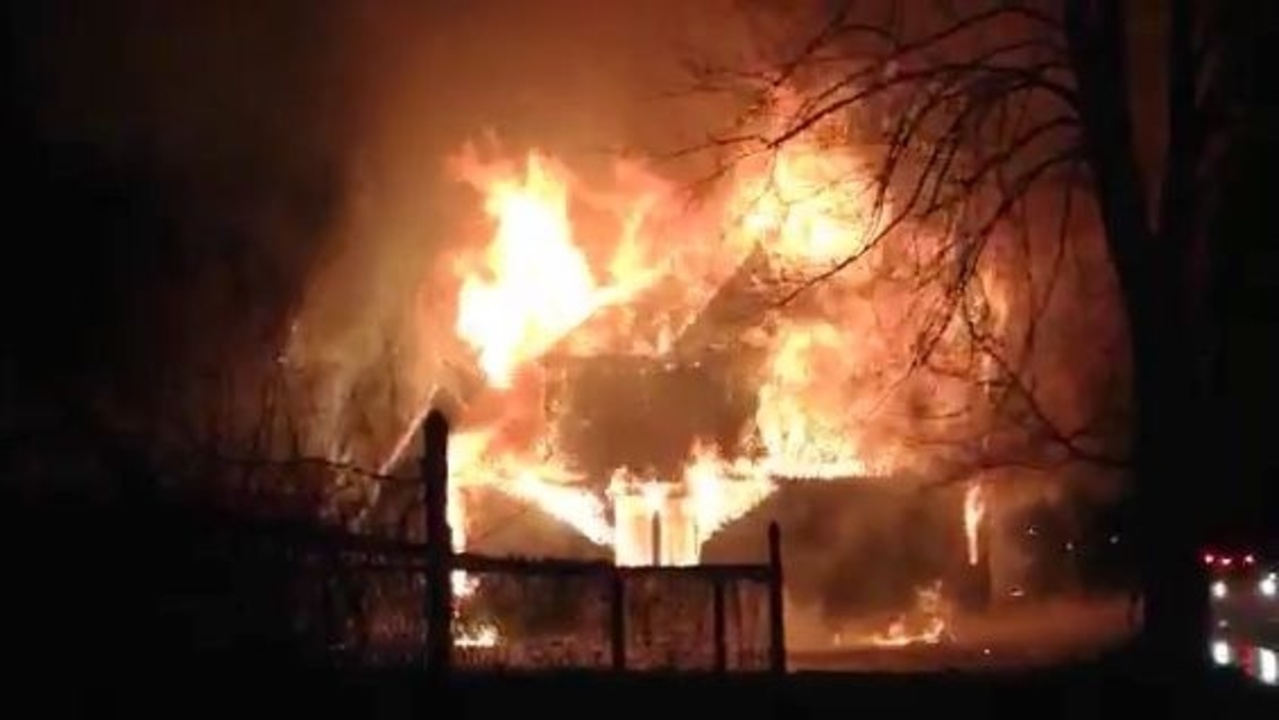 Police reportedly have a person of interest in the fire which ripped through the Heidelberg Project's 'Penny House' Thursday morning.

No other information about the suspect has been released to Local 4 or ClickOnDetroit.com. We will continue to update the story as more information is made available to us.

The Detroit Fire Department was dispatched shortly after 3 a.m. to a house fire on Mt. Elliott and Elba on Detroit's east side.

Once firefighters arrived on scene, the house was fully engulfed.  Crews were spraying water on nearby structures to prevent embers from catching other buildings on fire.

The Heidelberg project has been the target of arsonists recently.  Last week a fire destroyed the "House of Soul".

Since May, the Project has been hit by two other arsons and two attempted arsons.

Tyree Guyton, the Heidelberg Project's founder, tells Local 4 that the "Penny House" was going to be turned into offices for the project.

---The Penny House as it stood prior to the fire

The Heidelberg Project is internationally reviewed as a fertile ground for creating art from existing fragments; the evidence of waste, consumption and greed.   For nearly three decades Tyree has led the cause to reach across economic and geographical boundaries to bridge cultural differences through artistic expression. He is raising awareness for the power of "art as medicine" in a community that has been devastated.  Ill-health, under-employment, dismal environments, apathy and crime are the fallout of a post industrial era.  People are hurting leaving them in a state of hopelessness, despair and destruction of which Standard medicine cannot cure.

The HP is a sacred battle ground that has withstood damage by bulldozers and now WILLFUL destruction by fire.  However we must preserve and protect the ongoing creative and spiritual contribution of The Heidelberg Project.  If we can't get justice from our city, we must stand for justice.  We must stand in defiance of evil!

As we try and wrap our head around this we remember that it has been said everything happens for a reason.  Maybe the old is making room for the new. However we are certain that the Heidelberg Project will propel to a new and even greater Heidelberg Project and a new promise for the future of Detroit.

Thank you for your patience and understanding during this time.

Earlier this year, the project's OJ (Obstruction of Justice) House was set on fire, twice -- in May and October.

They're being investigated as arson, but no arrests have been made.

The OJ House was the oldest house installation since the last demolition.

The project has become a tourist destination and offers community programs in art and education.