DETROIT – 11 A.M. -- DTE Energy is reporting 18,000 customers are still without power from storms that moved through metro Detroit on Tuesday.

DTE said remaining outages are scattered throughout the service area and crews are working 16-hour shifts around the clock to restore service. Approximately 110 additional crews from Michigan, Ohio and Indiana were expected to arrive Wednesday to help in the restoration effort.

A 54-year-old man from Windsor is in critical condition after getting hit by a fallen tree while walking home from work in the middle of the storm.

The ride home was a long one for many drivers, with minor flooding on Interstate 75. And Interstate 94 near Woodward had to close because the water got too deep, and several cars had to get towed out. 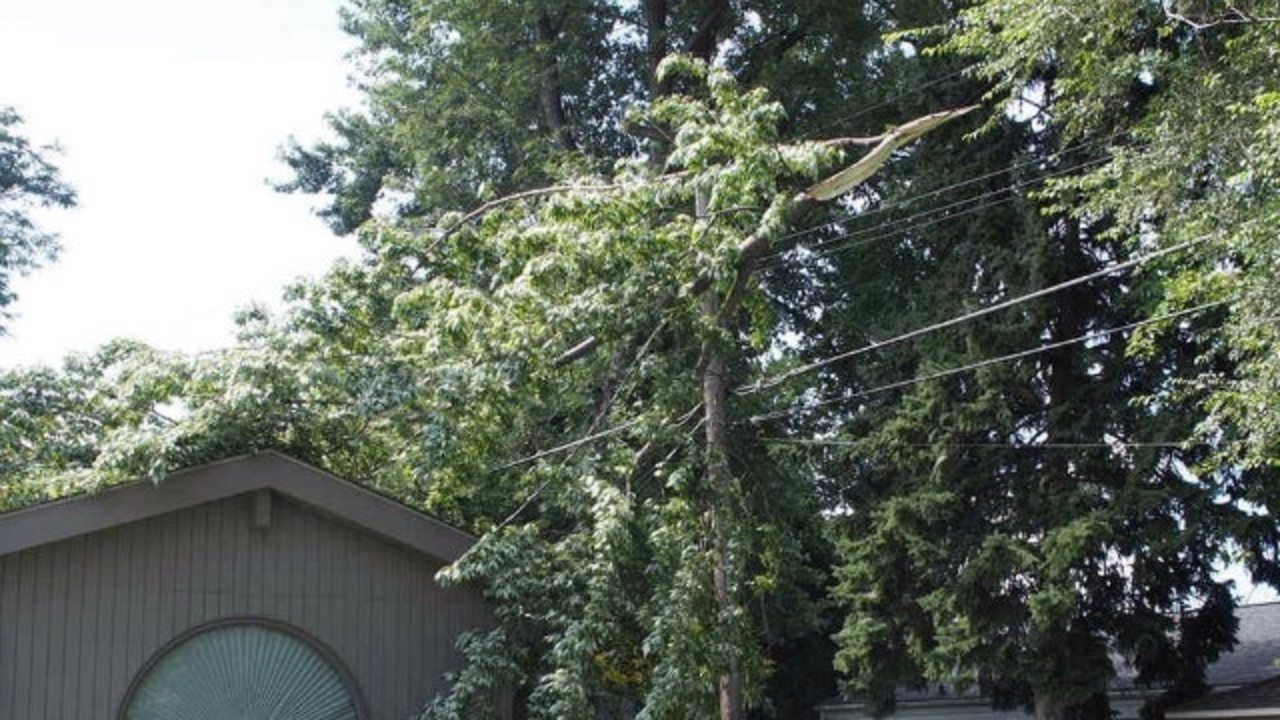 A tree limb on a wire in Dearborn Heights (Photo credit: DTE Energy).

A tree in Melvindale took over a neighborhood. Strong winds sent power lines plunging onto a house sparking a fire.

"(There was a) lot of rain and then all of a sudden I heard this big explosion," one resident said. "(I've) never heard anything like that before in my life."

Lightning struck the top of the building sending flames shooting from windows. A resident captured some cellphone video of the event.

Neighbors grabbed as much of their belongings as they could but now about a dozen of them can't go back home.

Some said it was just another crazy ride.

"It's Michigan, it comes with the territory," a resident said.