MARION TOWNSHIP, Mich. – A 26-year-old man was killed and his 22-year-old pregnant fiancée was injured Wednesday afternoon when a dead tree fell on top of his vehicle in Marion Township.

Gary Cox, of Gregory, was traveling south on Pingree Road when a large, old oak tree fell shortly before 4 p.m. collapsing the roof of his 2008 Ford Expedition.

Cox’s fiancée, Alicia Emmons, suffered minor injuries and was taken to the hospital.

“We’re putting all of blame on the weather,” Sgt. Chad Sell said. “It was a recipe for disaster.”

The Livingston County Road Commission was called to remove the tree from the roadway.

The tree may have fallen due to strong winds. A Wind Advisory was in effect for Lapeer, Lenawee, Livingston, Macomb, Monroe, Oakland, Sanilac, St. Clair, Washtenaw and Wayne. 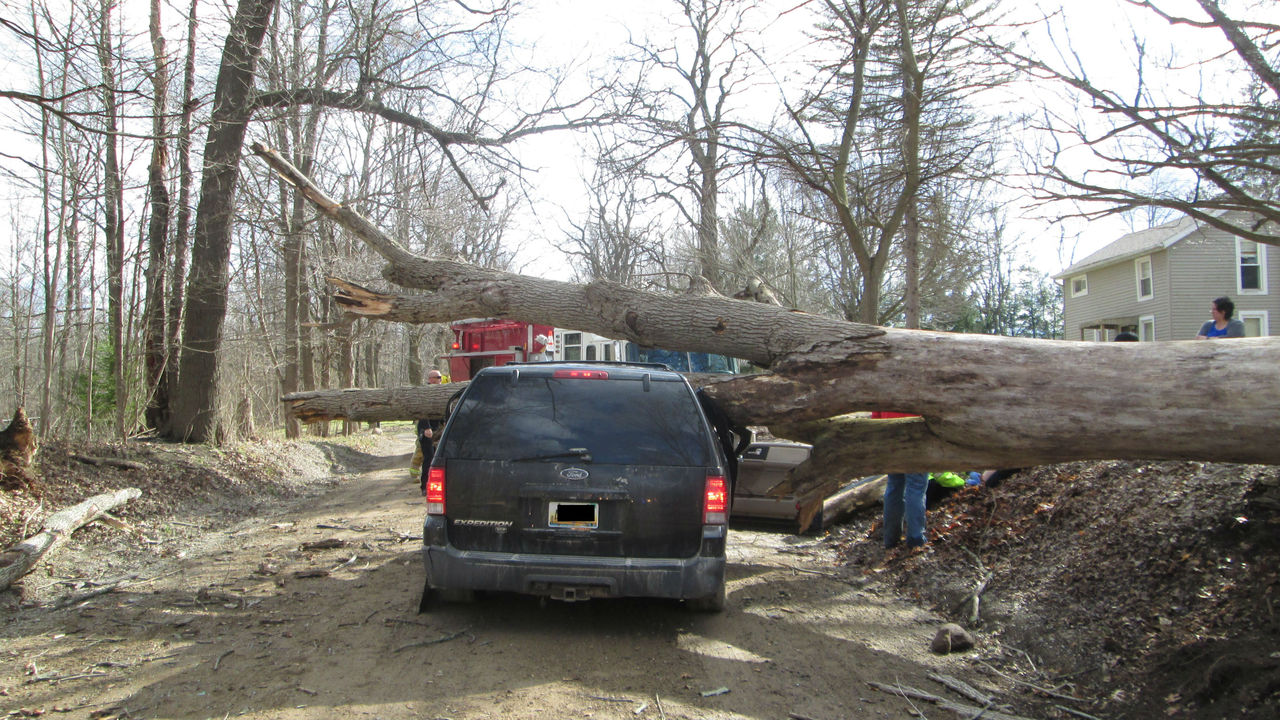