DETROIT – Two Detroit firefighters were hurt Tuesday battling a fire on the city's west side, the department confirmed.

The firefighters were taken from the scene near 14th and Hazelwood streets to an area hospital. The Battalion Chief said one of the firefighters broke his leg and the other suffered burns. They are both in stable condition at Detroit Receiving Hospital.

Robert Robertson's home was claimed in the fire. He had lived there for 23 years. He was distraught Tuesday afternoon not knowing what his family of seven, including his two grandchildren, will do.

"I'm the man of the house. I'm supposed to take care of them. Guess what? This house right here is gone. I don't have nowhere to go," he said. 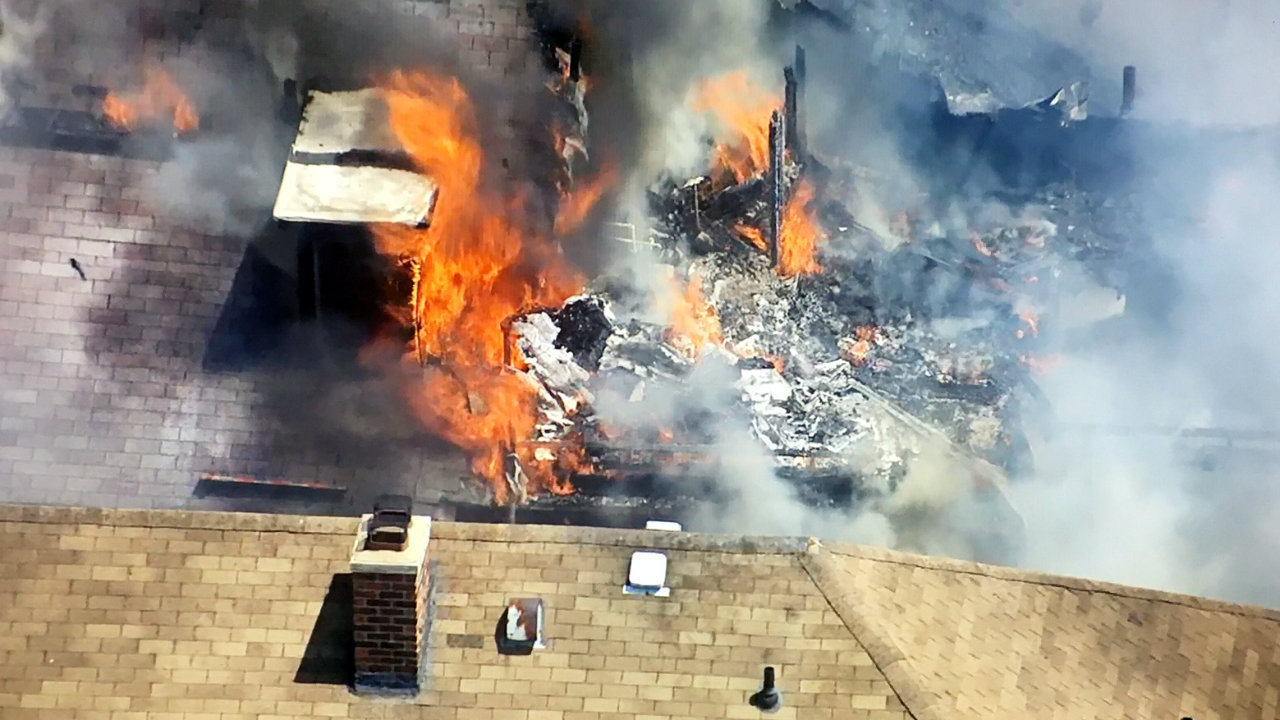 Detroit police said the fire started in a garage and spread to at least two houses. Some work was being done on a car in a garage behind one of the homes.

"Two guys got hurt when a propane tank exploded on them. Then the fire extended to the back of the house, then the attic," said Battalion Chief Larry Gassel. 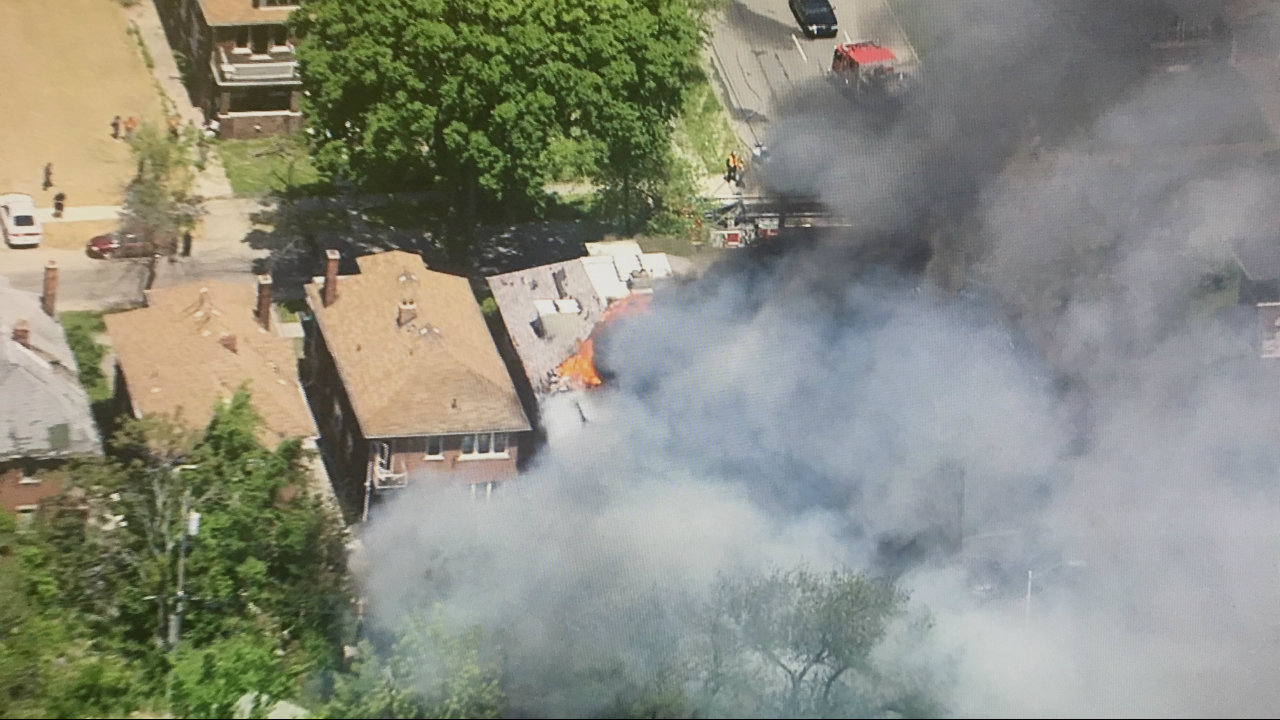