DETROIT – A 9-year-old boy who got caught in crossfire last month is happy and feels blessed after the shooting that caused him to lose sight in one of his eyes.

Malik Cosey Jr. was waiting in the car to go to the movies with his grandmother on April 1 when he was shot. Two other children were also in the car.

“They were trying to catch someone else and I was in the way,” Cosey said.

He has some scars on his face from what happened, but he said they don’t make him feel bad; he’s just happy to be home and back to his normal self.

The fourth-grader recently returned to school, where he said he was greeted with a lot of excitement.

He also received encouragement from the community, including a get well tribute at a Piston’s game and the chance to meet his favorite Lions players, Ziggy Ansah and Theo Riddick. 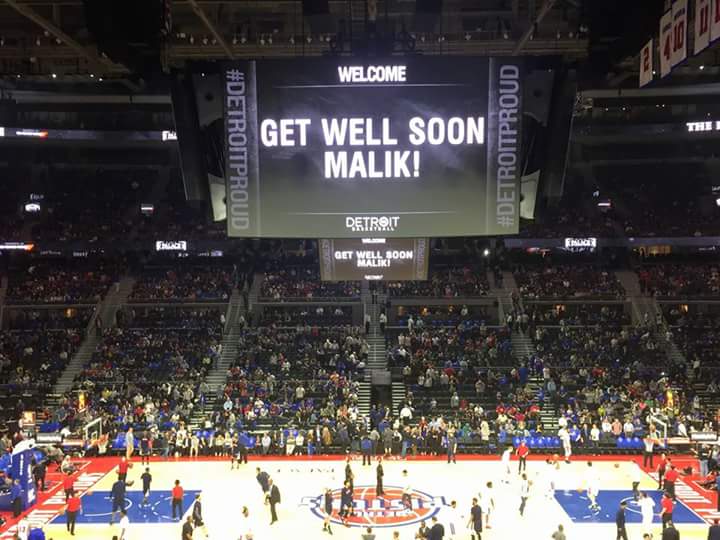 Cosey said he didn't know his name would be up on the screen at a Pistons game.

Since the shooting, he wears a cross that his mom gave him around his neck because it gives him peace.

“It means God is surrounding me,” Cosey said.

The shooter still hasn’t been found, and Cosey is asking that whoever fired the shots turn themselves in.

There will be a community fundraiser and rally at 7 tonight at 1211 East 7 Mile Road.

Below is a video of the vehicle police believe the shots were fired from.