Coronavirus in Michigan: Here’s where we stand as of Thursday night

HARRISON TOWNSHIP, Mich. – Police are on the lookout Tuesday after a 15-year-old girl said she was approached by a man while waiting at a bus stop in Harrison Township.

"I was scared," the teenager said. "I was really creeped out."

She said she knew something wasn't right when the man approached her at Ashland Avenue and Memory Lane.

"The car stopped and he asked me if I wanted a ride to school," she said. "I didn't say anything for a minute, then I said no and he said, 'Get in the car.'"

At that moment, the girl's school bus arrived at the stop, and she got on the bus. Police said the bus driver had an encounter with the man at another stop.

"The guy stopped the bus a couple of stops earlier, and told (the bus driver) to say hi to another student," the teen said.

The bus driver reported the man and the teenager called her parents.

"I thought I would get kidnapped and never found again or end up in a ditch," she said.

"You don't know today," said Mark Schuemacher, the girl's grandfather. "You just don't know with people. It only takes a second (and) they're gone."

Schuemacher is grateful his granddaughter didn't go near the man's car.

"If the school bus hadn't been there -- was he alone? Wasn't he alone? Would he have forced her in there? Would somebody havejust  jumped out and grabbed her?" Schuemacher asked. "Who knows?"

The man is described as white, in his early 20s with short curly brown hair. He was wearing a black and gray baseball cap and a silver chain. He was driving a silver four-door Honda, possibly a Civic.

"It makes you wonder about some of the people out there," Schuemacher said.

Police fear the man will try again at a different bus stop.

"You still have to watch them," Schuemacher said. "Watch your kids getting out the door. Watch the kids in the neighborhood." 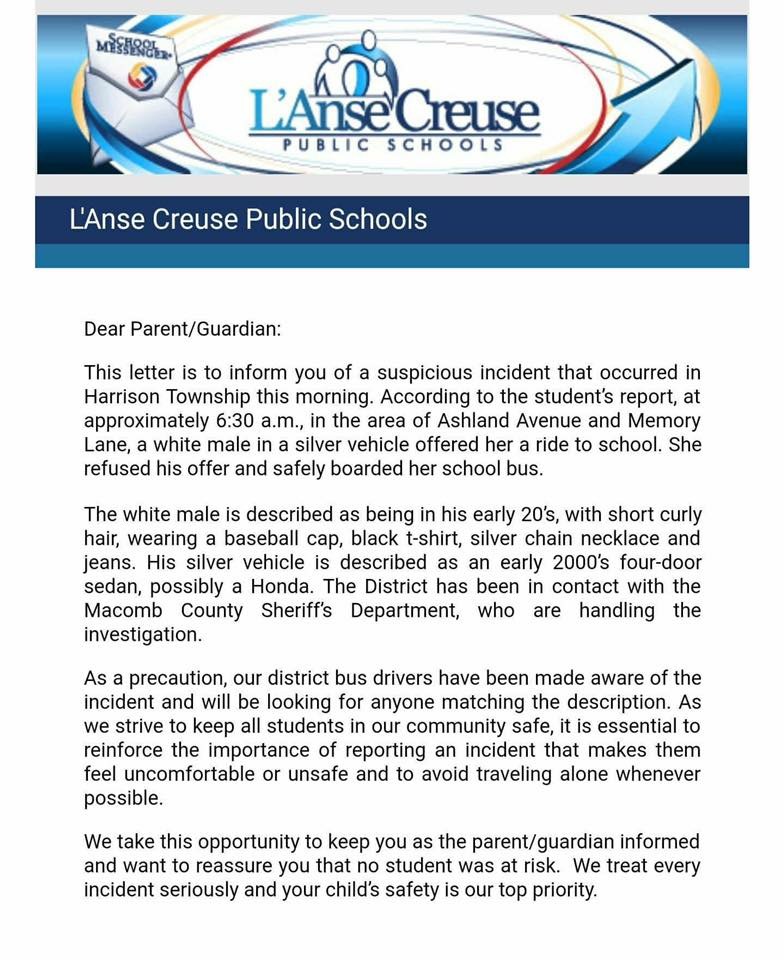