Police said the three men were captured on video Sept. 16 from two different surveillance systems -- one in Ant Alley and one as they walked away from Ant Alley.

All three men are described as white, in their 20s and between 5 feet 9 inches and 6 feet tall, police said.

The first man has light hair and was last seen wearing a dark-colored T-shirt and tan cargo pants.

The second man was last seen wearing a light-colored knit or stocking cap, a dark jacket and dark pants. He was carrying a backpack.

The third man has dark hair and had eyeglasses on the top of his head. He was last seen wearing a dark-colored sweatshirt and pants. He was carrying a backpack. Police believe he was the one responsible for spray-painting the wall.

Police said the colors of the clothing in the pictures above are distorted because of the lighting and the separate surveillance systems.

Anyone with information is asked to call the Ann Arbor Police Department at 734-794-6949 or email TIPS@a2gov.org. 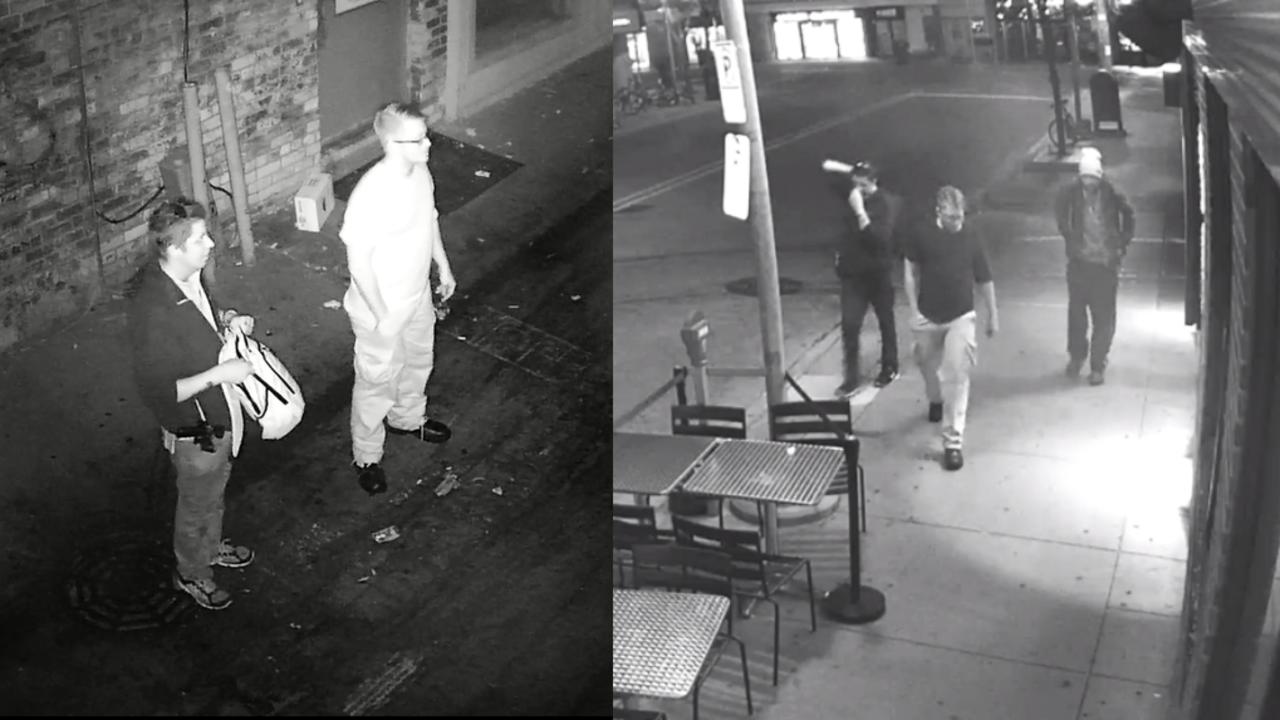 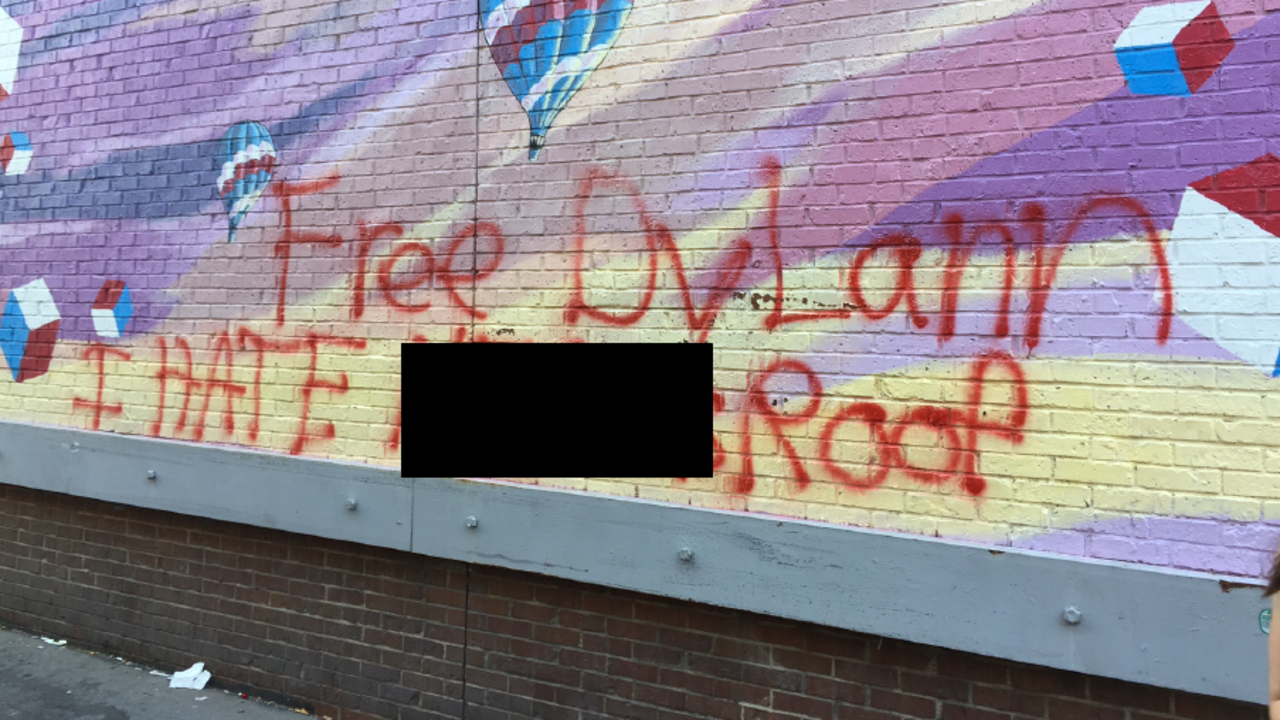