Coronavirus in Michigan: Here’s where we stand as of Thursday morning

Teller doused in gasoline during bank robbery in Warren

WARREN, Mich. – A bank teller was doused in gasoline during a robbery Wednesday morning in Warren.

The incident happened at 9:48 a.m. at the Huntington Bank at 10 Mile and Schoenherr roads.

Police said the man approached a bank manager and asked about opening a checking account. He had medical gauze taped to his face to disguise his appearance.

The manager filled a black duffel bag for the man and he fled with about $4,000.

The bank robber was described as black, 25 to 30 years old, 5 feet 8 inches tall, weighs 150 pounds and had gauze bandage on his face. He was wearing grey sweatpants, a black hooded sweatshirt, a down black vest, a blue and grey baseball cap and a glove on his right hand.

The FBI is investigating alongside Warren police detectives.

The bank employee was treated by EMS at the scene and was not injured.

A $20,000 reward is being offered by Huntington Bank representatives for information leading to an arrest. 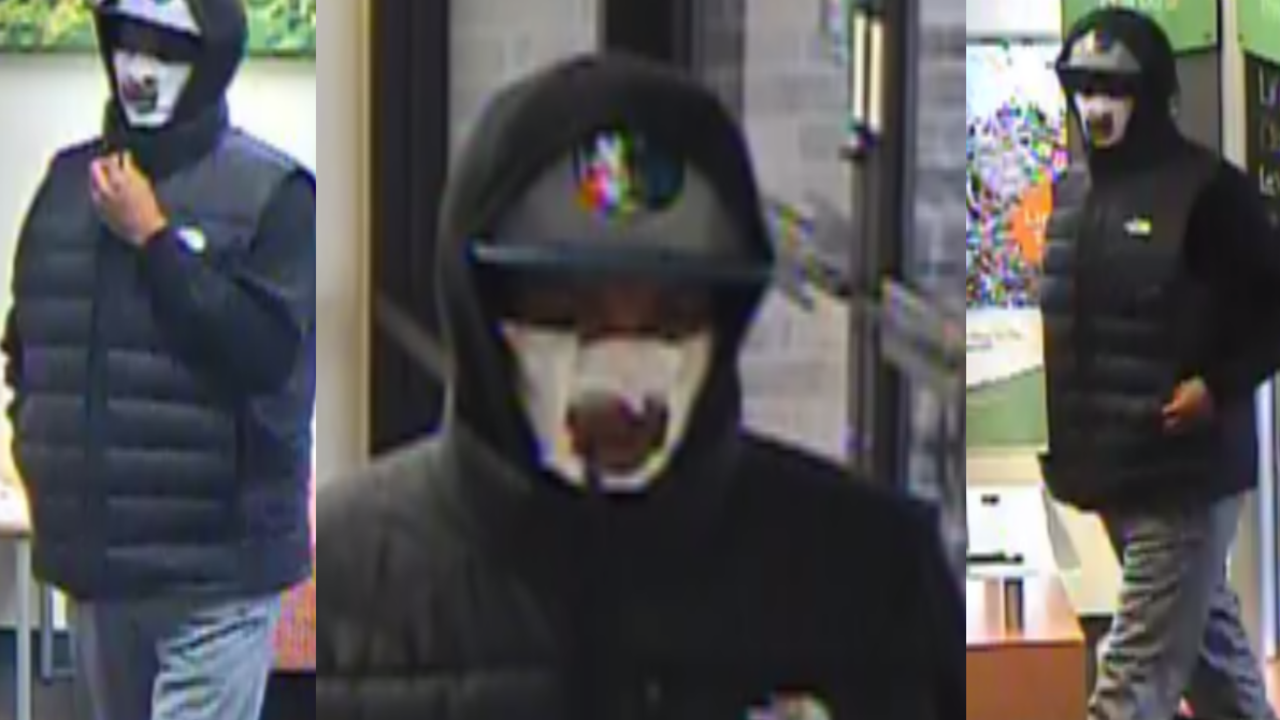 Stay with Local 4 and ClickonDetroit.com for updates.