Man arrested after barricaded gunman situation on Detroit’s west side

DETROIT – The Detroit Pistons are a .500 team at home - it's the road that gives them fits.

Losers of five straight, the Pistons are in the midst of a four-game trip that takes them to the lowly Washington Wizards on Monday. The Wizards, who will be playing the third night of a back-to-back-to-back after traveling, could provide a rare opportunity for Detroit to win on the road. Washington has lost three in a row and is 6-18 at home.

Detroit's 4-20 road record is worse than all but the Charlotte Bobcats in the Eastern Conference. The Pistons are coming off a 101-79 thrashing at New York on Saturday in which they shot less than 37 percent from the floor. Ben Gordon stayed hot, leading with 20 points. The veteran sharpshooter, who followed up his 9 for 9 effort from 3-point range Wednesday with an 0 for 4 showing Friday, hit 4 of 8 from long range against the Knicks.

Detroit suffered a 98-77 home loss to Washington on Feb. 12 when Gordon, Rodney Stuckey and Brandon Knight combined to shoot 5 for 27.

The two players who left the team at the trade deadline, Nick Young and JaVale McGee, combined for 44 points in the Feb. 12 meeting. Washington has been move competitive with newly acquired Nene in the lineup, earning a 108-89 victory at New Jersey on March 21 and dropping the next two to Indiana and Atlanta by a combined five points.

But the veteran center sat out Sunday because of back spasms and the Wizards could not get much going offensively in an 88-76 loss at Boston. Washington has lost four of its last five home games is unsure of Nene's status going into the third night of a back-to-back-to-back set Monday.

Washington has taken the last two meetings after dropping the previous eight.

Gordon has averaged 18.3 points in 24 career games against the Wizards.

Detroit has committed an average of 17 turnovers in its last three games. 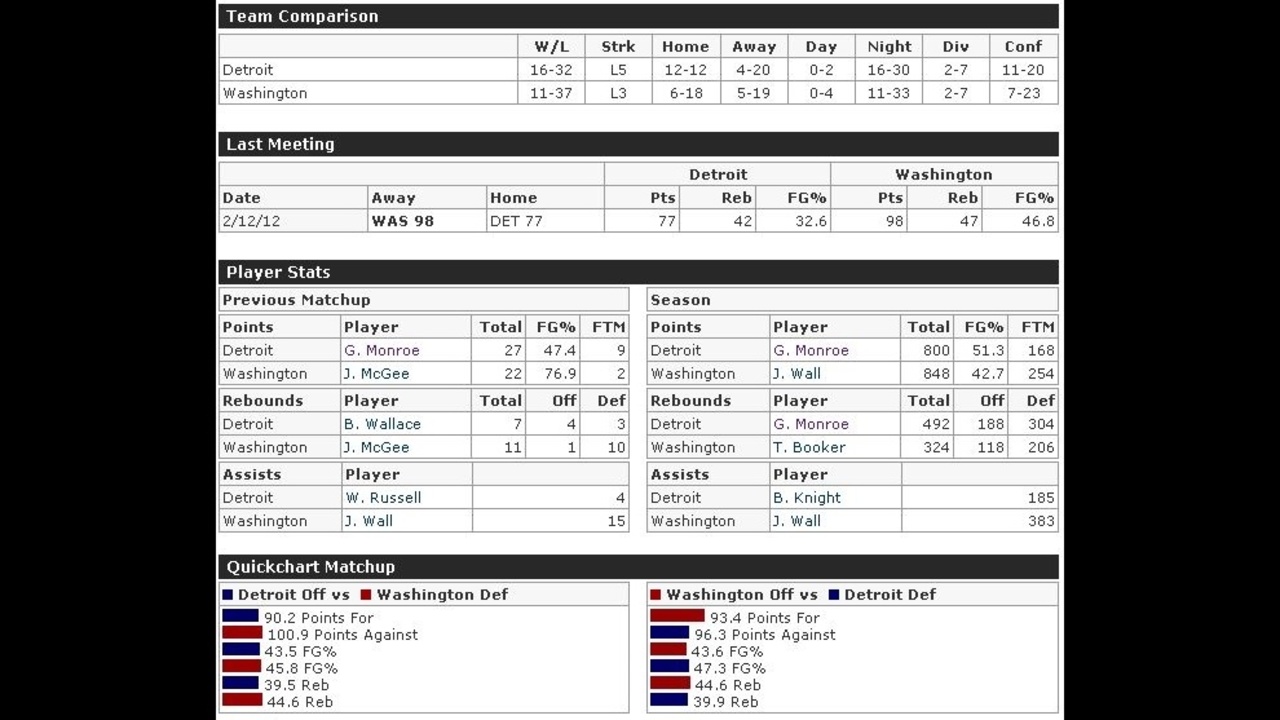