Tigers, Athletics meet for Game 2 of 4

OAKLAND, Calif. – The Oakland Athletics could have used Yoenis Cespedes' bat in the opener of a four-game set against the visiting Detroit Tigers.

The Cuban rookie, who has missed three contests with a muscle strain in the back of his hand, could make a return to the lineup on Friday when the teams continue their series.

Former Tiger Brandon Inge did his best to provide some pop as he belted his second grand slam in three games, but the Athletics could not overcome an eight-run third inning in their 10-6 loss. Miguel Cabrera and Andy Dirks collected four hits and reached base twice during the breakout frame.

Porcello rebounded from a pair of straight losses to pitch spectacularly well in his last two outings. The 23-year-old permitted one run on four hits in 6 1/3 innings in a 3-1 triumph over the Chicago White Sox on Sunday. Porcello has struggled versus Oakland, winning just two of six career decisions while allowing a .311 batting average.

Milone struggled in his second straight start, but walked away with a win after allowing five runs and as many hits in five innings against Tampa Bay on Sunday. The second-year hurler also yielded a season-high four walks in the 9-5 triumph. Milone has yet to face the Tigers in his career.

Cespedes leads all rookies with five homers and 21 RBIs. He has also fared significantly better in Oakland, batting .318 as opposed to .194 on the road.

Athletics first baseman Kila Ka'aihue is just 3-for-12 versus Porcello, but one of the hits left the yard. Ka'aihue also went deep on Thursday with a two-run shot.

Oakland right-hander Brandon McCarthy is set to start Saturday's game after finishing Thursday's bullpen session without issue. McCarthy had been dealing with soreness in his throwing shoulder.

Tigers vs. Athletics in recent meetings: 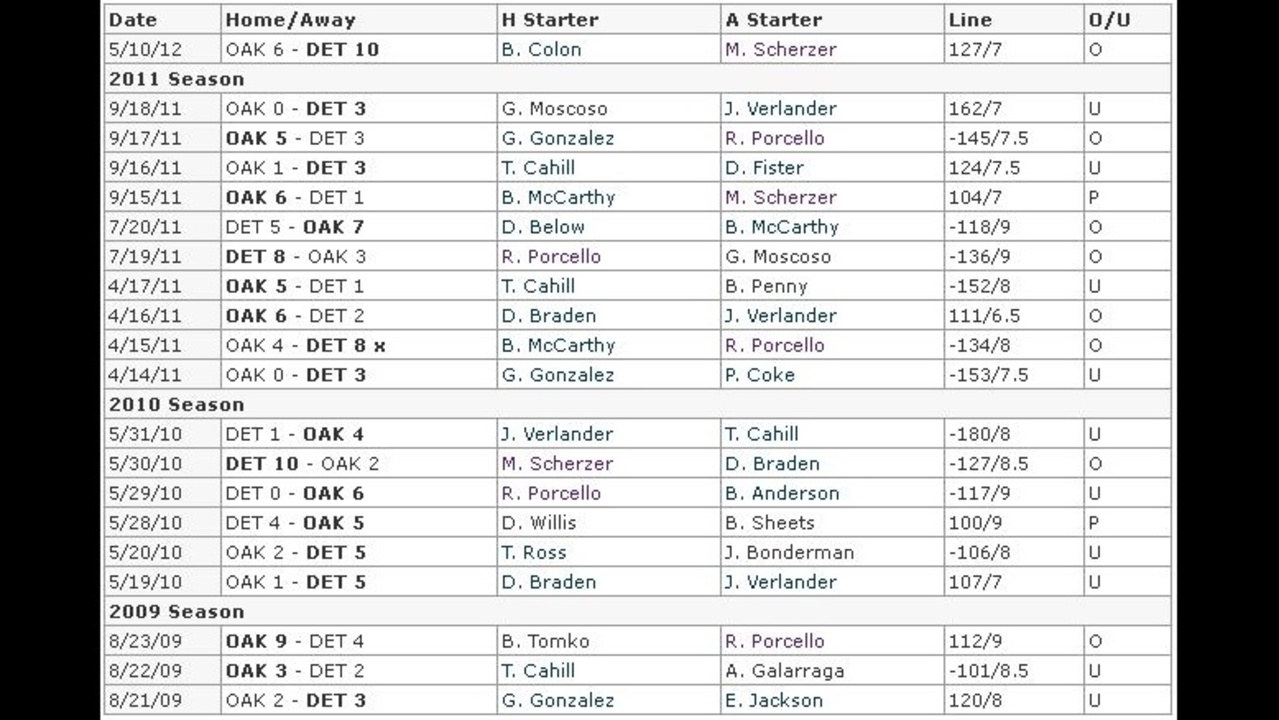