Cleanup of contaminated site in Madison Heights moves into another phase

The Detroit Red Wings and Tampa Bay Lightning are back at it again Friday night for Game 2 of their opening round playoff series.

The Lightning lead the series 1-0 after a 3-2 win Wednesday night.

Here are some keys to Game 2 in Tampa:

Ben Bishop and Jimmy Howard both had solid outings in Game 1, Bishop especially. The Lightning netminder made 34 saves for a .944 save percentage. Some of those saves were nothing less than spectacular as he kept the Red Wings from getting the equalizer in the 3rd period.

Howard made 31 saves. He was beat early by a perfect Nikita Kucherov shot. Then Kucherov beat him again on a tough rebound which Howard appeared to have covered. It's one he probably wishes he'd have back.

One mental lapse between the pipes can mean the game, and possibly the series. Bishop had the edge in Game 1, but Howard was not far behind. 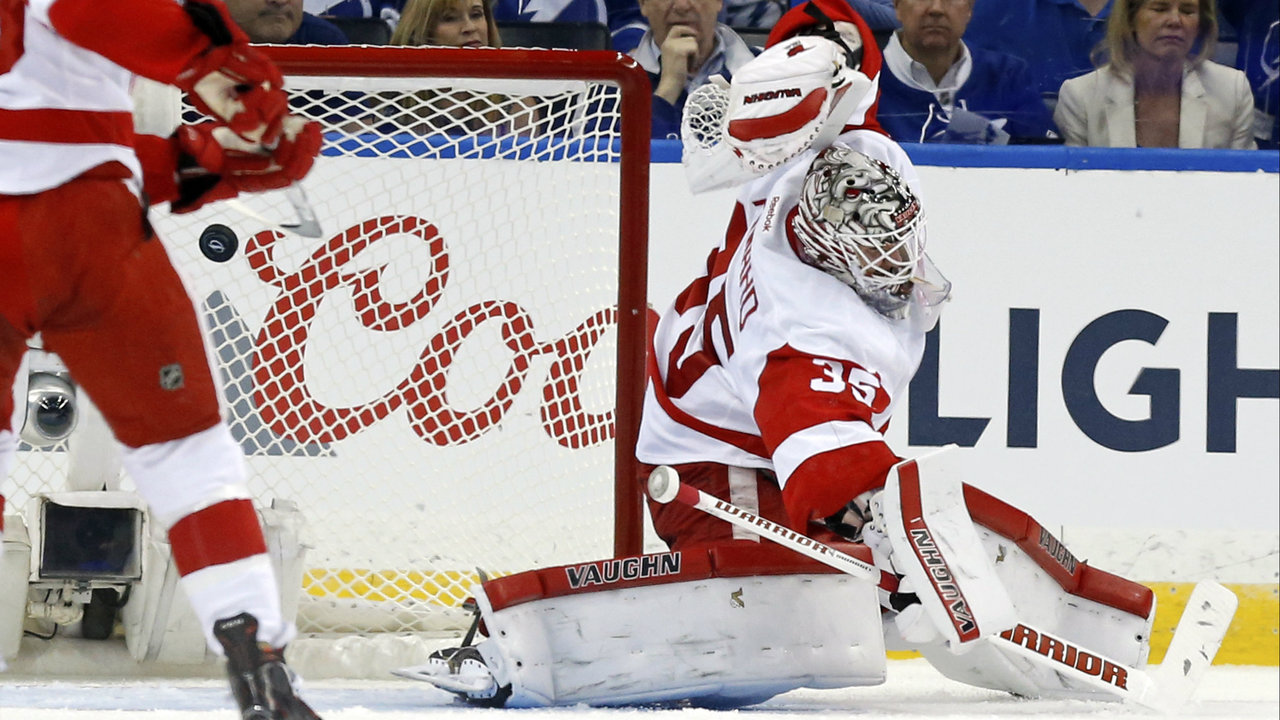 Jimmy Howard gives up a goal during the first period in Game 1 on April 13, 2016 in Tampa. (Photo by Mike Carlson/Getty Images)

Neither team scored on the power play in Game 1. The Red Wings saw a lot of their man-advantage opportunity disappear due to more penalties. A power play goal in Game 2 could end up being the difference.

The Red Wings need a goal from the Nyquist-Sheahan-Tatar line. Gustav Nyquist has found the back of the net just once in his past 18 games. He had glorious chances in Game 1. It's about that time.

Meanwhile, the Lightning got all three of their goals from the top line of Killorn-Johnson-Kucherov. Without Steven Stamkos in the lineup, they'll need Valtteri Filppula's line to step up and add depth scoring.

Things got physical in Game 1 -- especially after the whistle. The Red Wings registered 35 hits while the Lightning registered 37. These teams seem to match quite evenly in the physicality department. A physical, yet composed, effort could be the difference in Game 2.

Red Wings defenseman Mike Green had 4 shots on goal Wednesday night. One of those was tipped by the Lightning and ended up in the back of the net. Kyle Quincey's shot from the point hit Justin Abdelkader and fooled Bishop to give Detroit a 2-1 lead.

If not for Jonathan Drouin stepping offside, Victor Hedman would have given the Lightning a 3-2 lead earlier in the 3rd period. Hedman jumped up on the rush to make it a 3-on-2 and blasted a shot past Howard. Filppula had put it on a platter for him.

That's two goals and one "almost-goal" which were created by the blueliners. Expect more of the same in Game 2.

Game 3 is Sunday night in Detroit.