Red Wings-Lightning Game 3: What to watch for

DETROIT – The Detroit Red Wings face a must-win Sunday night when they host the Tampa Bay Lightning in Game 3 of their opening round Stanley Cup playoff series.

The Lightning took the first two games in Tampa and will try to close this one out in Games 3 and 4 in Detroit.

Here's what to watch for in Game 3:

What happened at the end of Game 2 was about nine playoff games in the making. These teams competed in a contentious seven-game series last year only to meet again this year. This is how rivalries are born.

There were 13 penalties assessed at the end of Game 2 including a game misconduct for Justin Abdelkader who bloodied Lightning forward Mike Blunden's face with a barrage of punches.

Hostility may only increase in Game 3, but composure will be a key for the Red Wings who can't afford to let the Lightning power play see more ice time. They are bound to start executing. 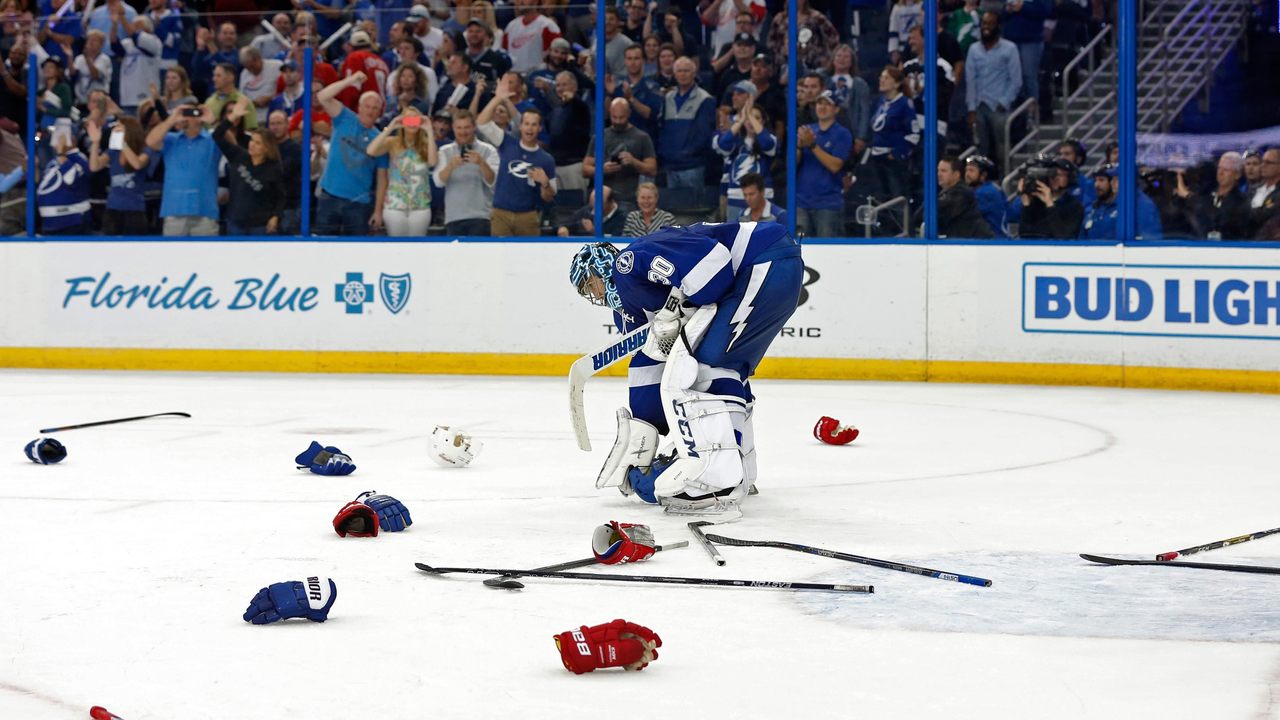 Ben Bishop cleans up equipment after a fight with the Detroit Red Wings during the third period in Game Two on April 15, 2016 in Tampa, Florida. (Photo by Mike Carlson/Getty Images)

Both teams continue to struggle with the man advantage: The Red Wings have gone 1/10 while the Lightning have gone 1/11. An extra power play goal in Game 3 could be the different for the Red Wings, who desperately need to start finding some offense.

The important thing is they are getting chances.

Gustav Nyquist needs to find the back of the net. He saw nearly 19 minutes of ice time in Game 2, of which about 6 minutes were power player time. He had 4 shots on goal and 3 hits. The effort is there, but the puck still hasn't found its home.

The "Goose" could be the difference. It doesn't need to be a goal, either. It could be a pretty pass.

Conversely, the Lightning's Tyler Johnson has continued his offensive crusade against the Red Wings. He notched another 2 goals and 2 assists Friday night, adding to the 2 assists he had in Game 1. Yes, that's 6 points in two games.

Remember, Johnson scored six times in last year's seven-game series. If he keeps up this rampage against the Wings, consider this series finished. One player should not be allowed to create so much scoring.

Does Jimmy Howard start Game 3? Coach Jeff Blashill said that decision would be made Sunday.

So far, Howard has been outplayed by the Lightning's Ben Bishop. Can Petr Mrazek do better?