DETROIT – The Detroit Tigers will open the season Thursday against the Toronto Blue Jays with question marks up and down the roster.

Is Christin Stewart an MLB-caliber hitter? Can Miguel Cabrera stay healthy? Will Jeimer Candelario take the next step?

The 2019 season isn't expected to be a successful one for the Tigers, but there are a handful of potentially good hitters in the starting lineup.

Jordan Zimmermann will get the start on the mound Thursday. Here's how the lineup should look. 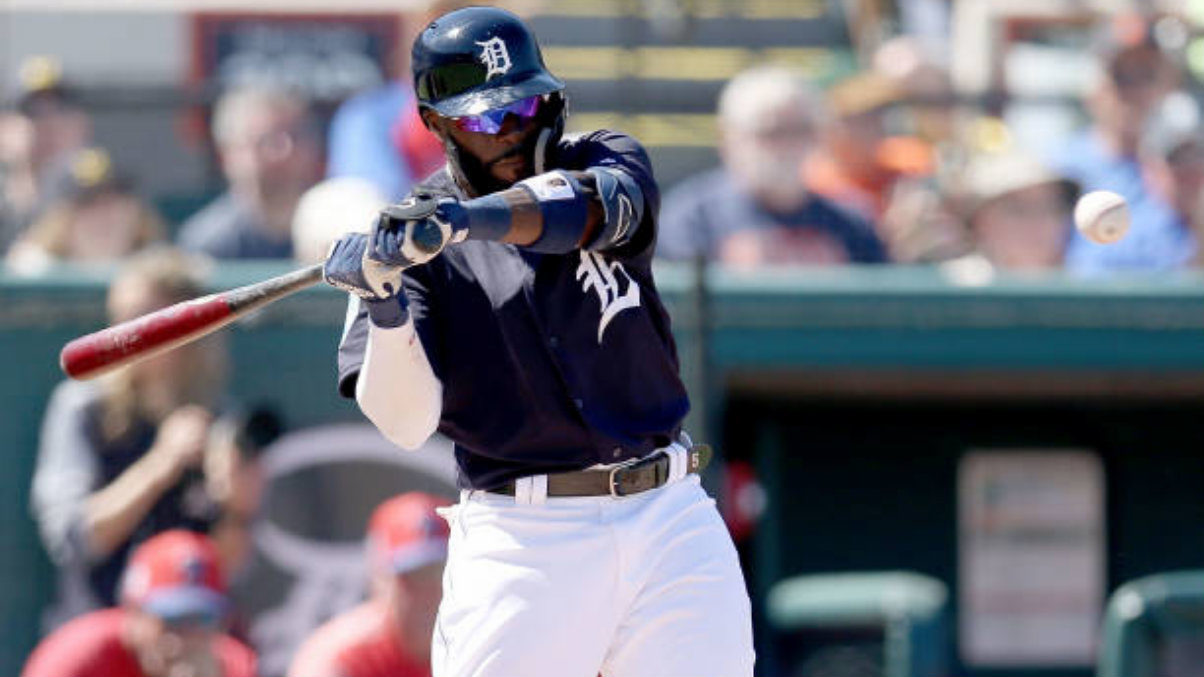 There shouldn't be much mystery surrounding the Tigers' leadoff spot heading into the season as Harrison comes in with nearly 300 games of experience at that spot in his career.

Harrison has good on-base numbers as a leadoff hitter, batting .296 with a .332 on-base percentage. He's not a big base stealer, but he makes up for it with decent extra-base power. 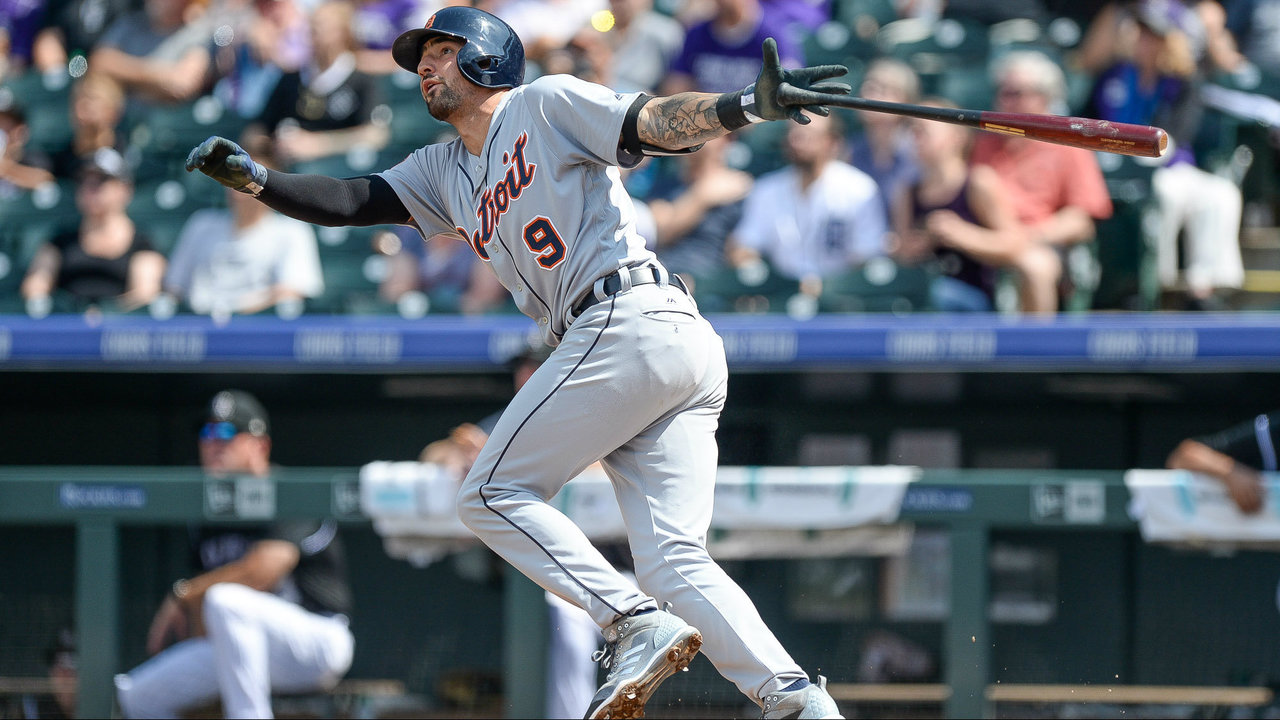 There are a number of options for the Tigers in the No. 2 slot, which is where the best hitter in the lineup should bat.

Castellanos was the most popular choice to hit second when he played during spring training, and there's certainly an argument to be made that he's the best hitter in the Tigers' lineup.

Castellanos is a rare position player who came up through the Tigers' organization and became a good major-league hitter. In the last two seasons, Castellanos has combined for 82 doubles, 15 triples and 49 home runs while batting .285 and posting a .832 OPS.

The knock on Castellanos is his defense. He struggled at third base and struggles in the outfield. But he's become such a reliable hitter that the defense isn't going to keep him out of the lineup, as he's played in 157 games two years in a row.

Last season, Castellanos played 93 games in the No. 3 slot, but Ron Gardenhire seems to prefer him in the No. 2 slot with Cabrera back healthy.

There's a lot of buzz surrounding Cabrera's return after he absolutely mashed during spring training. The Tigers' slugger hit five home runs and posted a 1.165 OPS.

For the first time in his career, Cabrera is coming off back-to-back disappointing seasons. In 2017, he hit just 16 home runs and posted a .728 OPS in 130 games. Last year, he hit three home runs in 38 games before a season-ending injury.

Gardenhire slotted Cabrera into his familiar No. 3 spot throughout the spring, so it looks like the top third of the Tigers' lineup is set in stone. If Harrison, Castellanos and Cabrera have seasons close to their best-case scenarios, that could be a very potent combination. 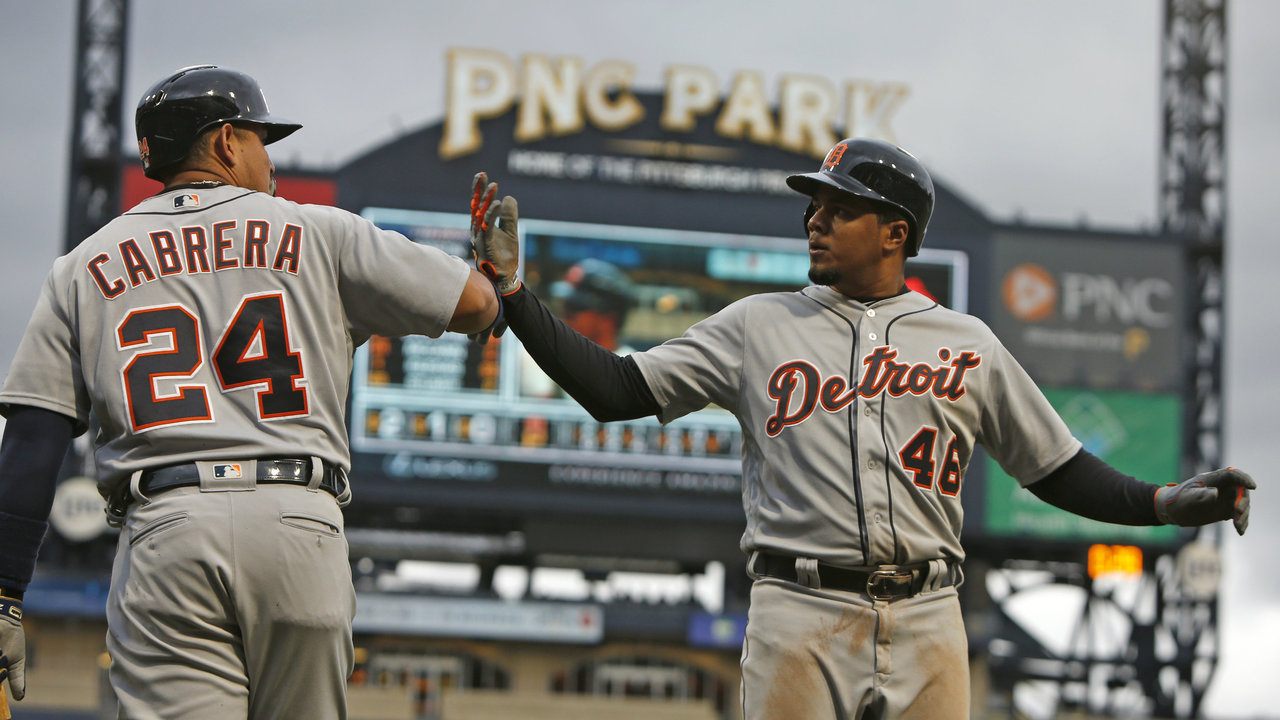 The cleanup spot is a bit of a question mark for the Tigers, as Niko Goodrum saw plenty of opportunities there in the spring, and Stewart has the most raw power on the roster behind Cabrera.

Candelario batted cleanup in the team's final spring training game against the Tampa Bay Rays, and he's shown a strong combination of power and on-base potential during his time with the Tigers.

In his first full season as a starter, Candelario batted just .224 with 160 strikeouts in 144 games. Still, he managed to hit 28 doubles and 19 home runs with a .317 OBP, suggesting he could be an elite on-base hitter if he can be even a .250 hitter, which he was throughout his minor league career.

Candelario wasn't healthy last season and struggled to put the ball in play. If he corrects those two issues in 2019, he could be a worthy middle-of-the-order hitter for the Tigers. 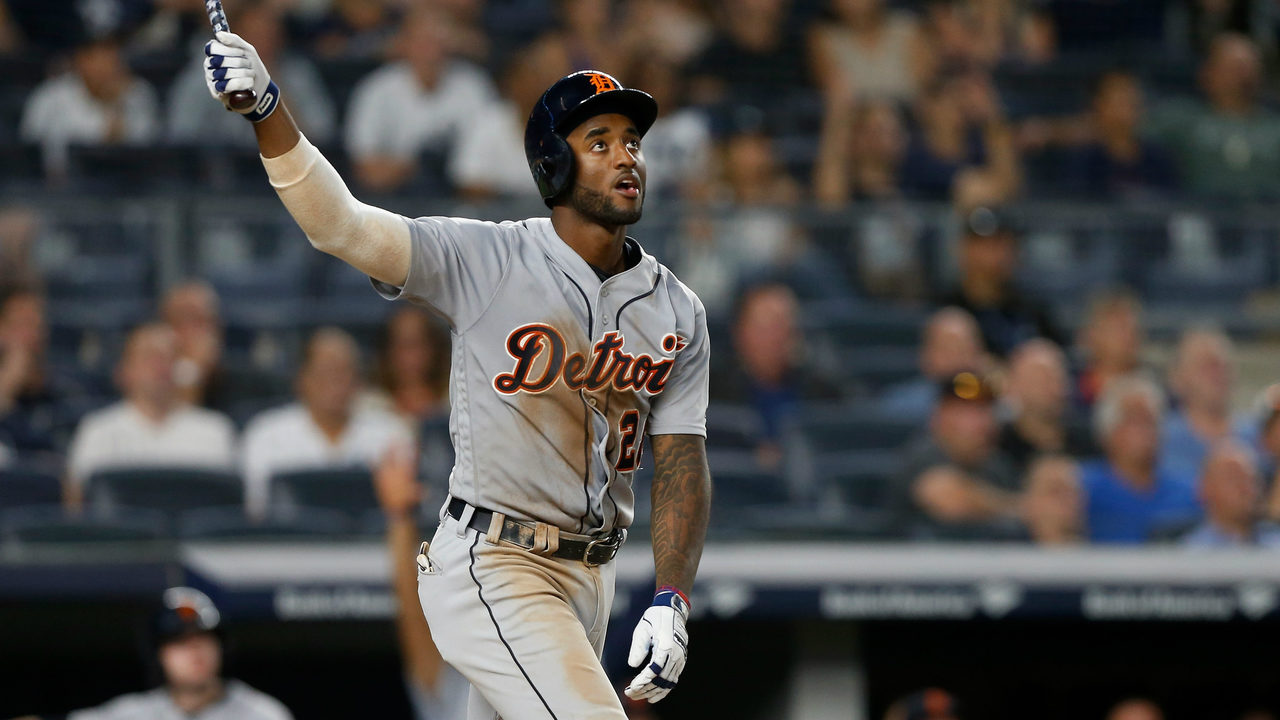 It would be nice to see Stewart get a chance here, but Goodrum had a better spring and is coming off a season in which he slugged .432 with 16 home runs and 48 extra-base hits.

Goodrum enjoyed a breakout season in 2018, posting a .747 OPS and playing every single position besides pitcher, catcher and center field.

The question going into 2019 is whether or not last season was the best we'll see from Goodrum. It was an out-of-nowhere breakout for a 26-year-old utility man, but there were some signs he could continue to be a useful hitter.

Goodrum won't have an everyday position in the lineup, but he'll be a starter more often than not because of his versatility. Expect him to fill in for Cabrera, Harrison, Candelario, Castellanos and Stewart defensively. 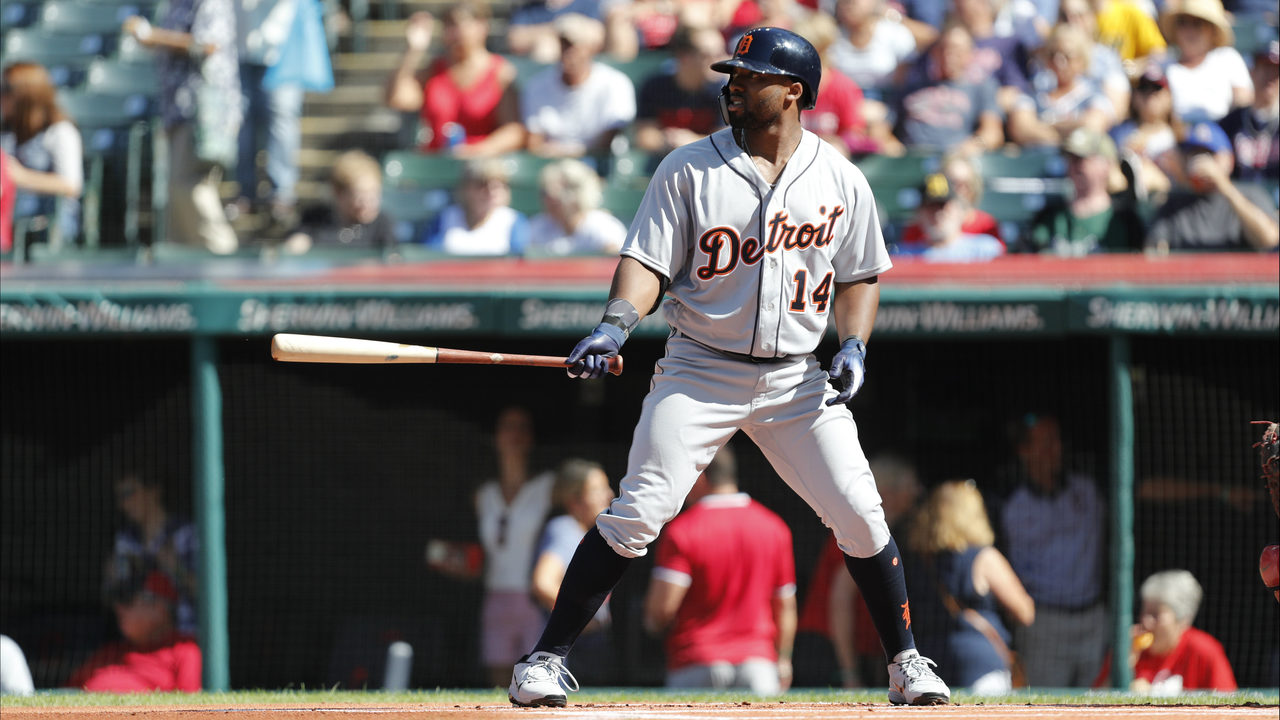 Stewart finally got his first opportunity at the MLB level late last season, and he was good at the dish. Though he only had four extra-base hits, Stewart posted a .375 OBP thanks to 10 walks and 16 hits while striking out just 13 times.

The Tigers are prepared to sacrifice defense to get Stewart's bat in the lineup. He had a dreadful spring, striking out 21 times in 56 at-bats, but this is his opportunity to show he belongs as part of the organization's future.

If Goodrum and Stewart are as good as last season, the Tigers' lineup has decent depth through the No. 6 spot. If they struggle, the offense won't score many runs. 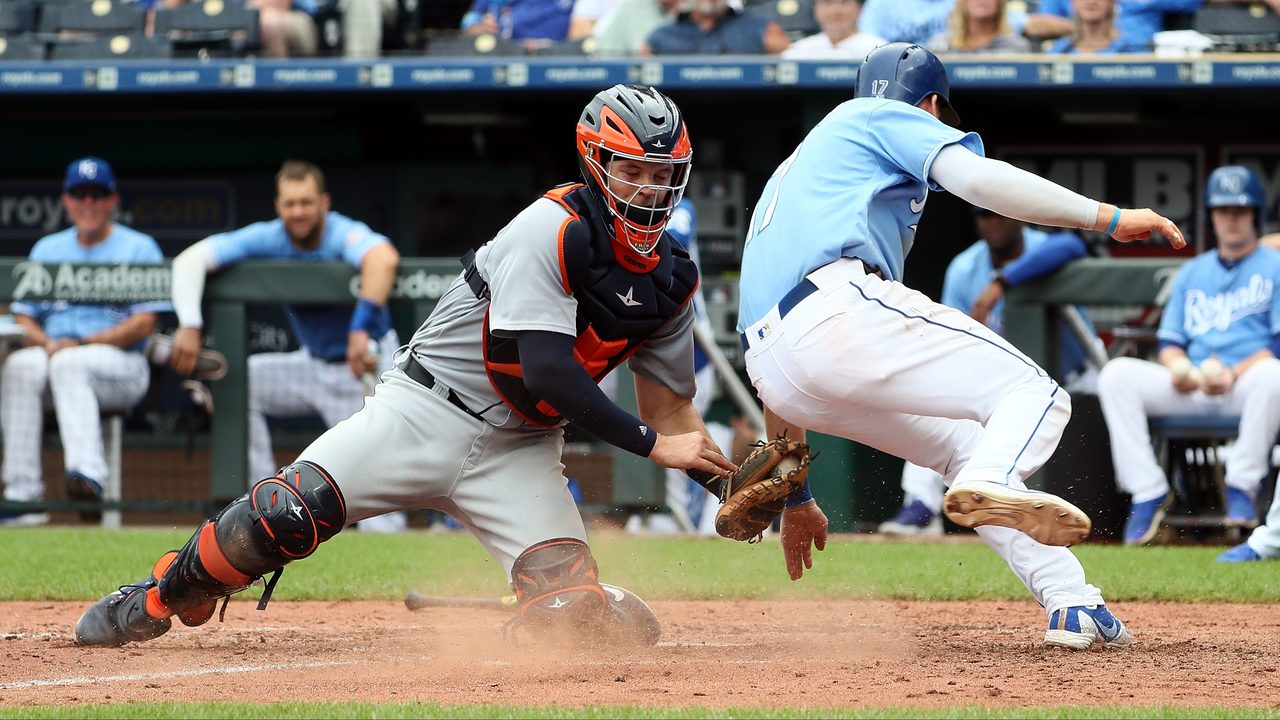 After four straight seasons of James McCann, the Tigers hit the reset button at catcher, giving Greiner a chance.

He's not expected to be much of an offensive threat, but Greiner plays solid defense and can throw out runners. Anything he does at the plate will be a bonus.

Greiner posted a good .328 OBP in 30 games last season and backed that up during the spring. If he can draw walks and put the ball in play, it'll make up for his obvious lack of extra-base power.

Greiner wasn't a highly ranked prospect, so he's still a bit of an unknown heading into the season. But the Tigers liked him enough to hand him the keys to this year's pitching staff. 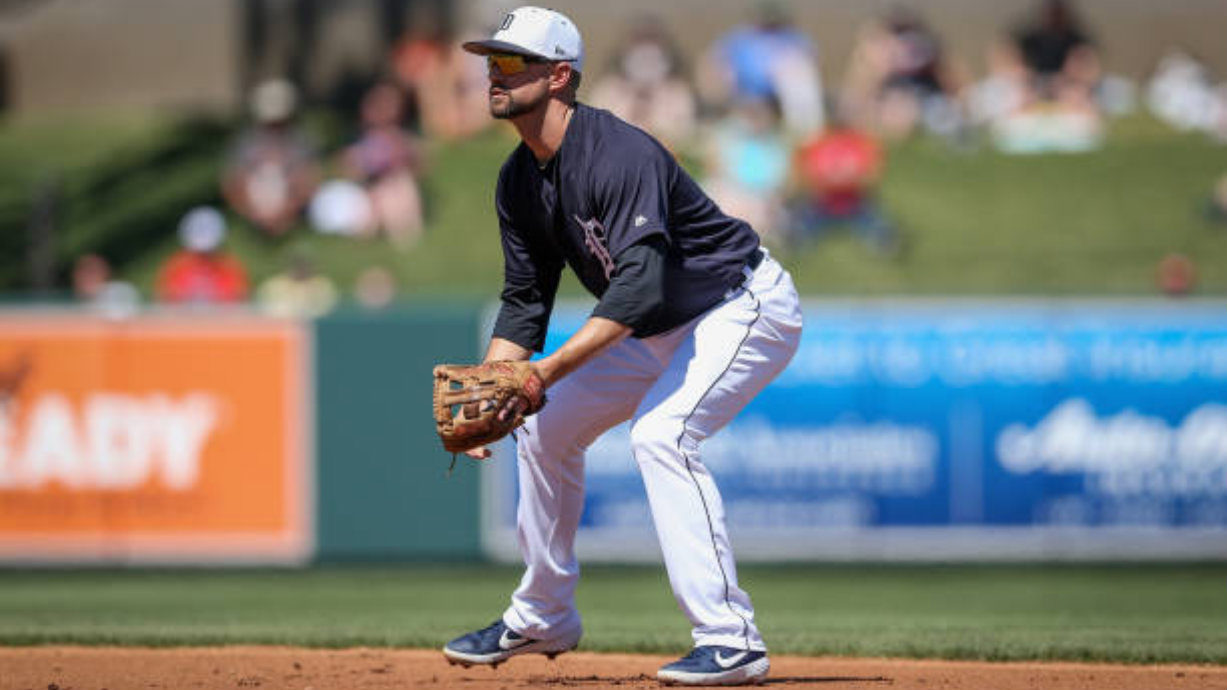 The Tigers have typically gone with Mercer at the No. 8 slot throughout the spring, though he could also be used in the No. 9 slot.

Mercer, like Harrison, signed a one-year deal with the Tigers after spending his entire career with the Pirates. He's got a career OPS under .700, so he's in Detroit to play good defense and put the ball in play.

Mercer rarely strikes out and rarely hits for power. He's a typical bottom of the order bat with the potential to hit 25 doubles and double digit homers. 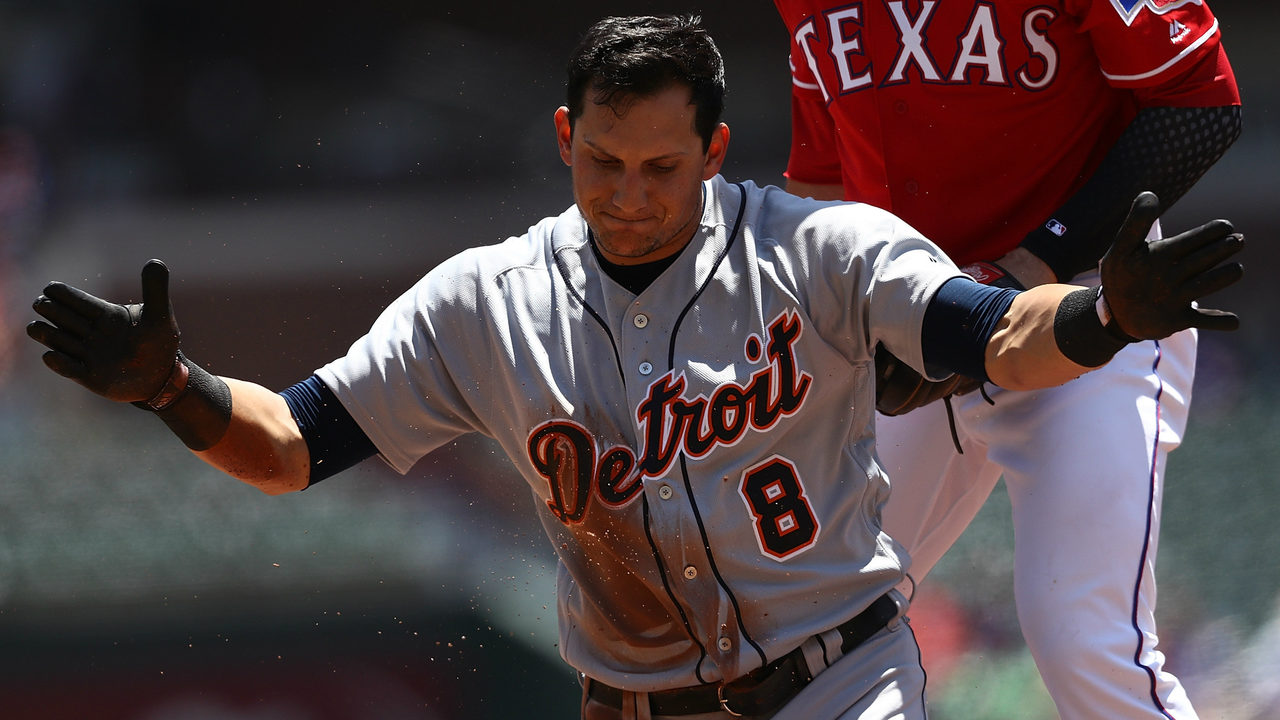 A late-spring injury will delay what promises to be an incredibly interesting season for JaCoby Jones, who was the best outfield defender in baseball last season but can't put the ball in play.

Mahtook will likely get the majority of Jones' starts in center field. He played in 67 games for the Tigers last season, playing decent defense across all three outfield spots and posting a .635 OPS.

In 2017, Mahtook hit .276 with a .787 OPS for the Tigers, but last year was ugly offensively. If Mahtook can carry his solid spring into the regular season, he will be a serviceable hitter at the end of the Tigers' lineup.