Man turns midlife crisis into the opposite, finds joy traveling with 'adventure cat'

Rich East had two big things in his life he had to let go of, but one unexpectedly turned out to be much harder than the other.

In 2014, East, like a lot of middle-aged adults, started to execute a change in his life that he dubbed “the most well-prepared midlife crisis in history.”

Fed up with life working in the corporate world in his native Australia, East wanted to simplify and cut back as much as humanly possible.

He sold all of his possessions, quit his job and began to build a camper van to live in.

At first, letting go of a comfortable life with a steady job seemed like the hardest thing to do, but as it turned out, that part wasn't so bad.

“My plan had developed to the point that I was ready to hand in my resignation,” he said on his website, vancatmeow.com. “A day which I will remember forever, as a feeling of pure adrenaline filled my blood in anticipation for the adventure that had only begun -- a feeling I had not experienced since childhood. I said goodbye to my amazing colleagues who had supported me for so long, to life as I knew it, and (said) hello to the unknown.”

Before heading out to that unknown, one problem lingered. He found it more agonizing than he'd expected to say goodbye to his cat. 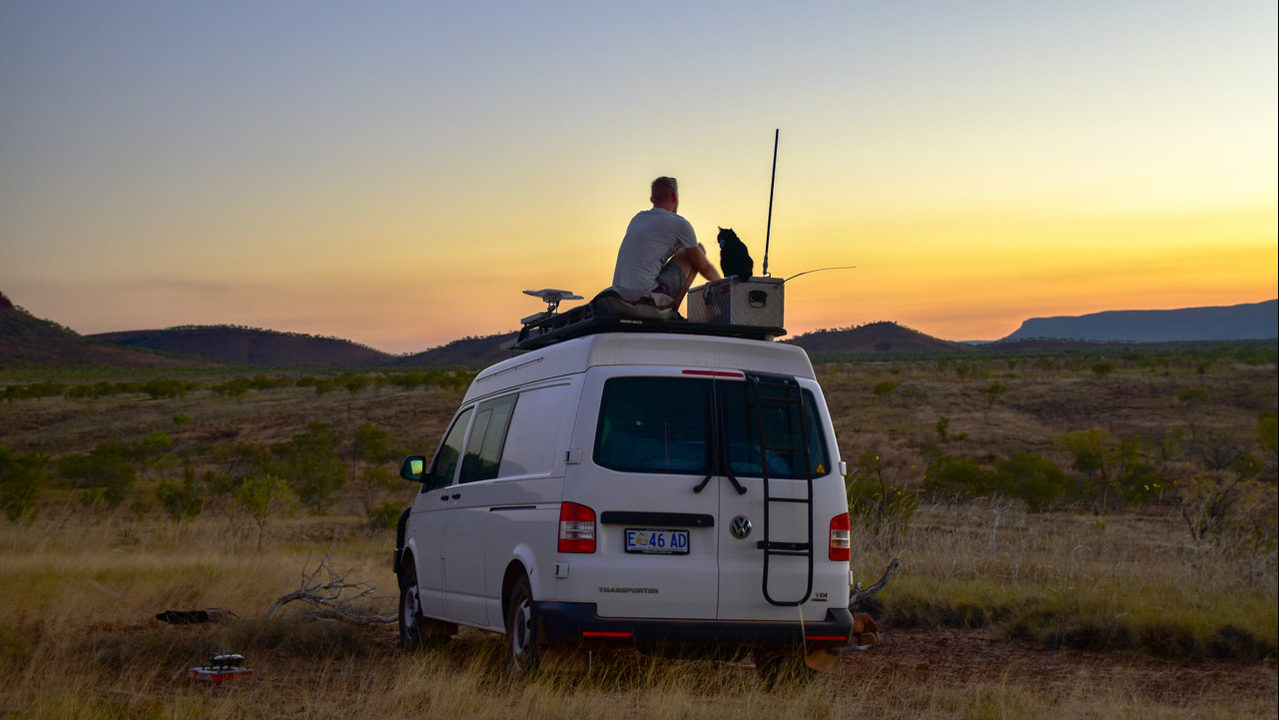 Well before East decided to give up his career in his native Tasmania, an island south of the Australian mainland, he adopted a black cat, named Willow, from a rescue shelter.

As East prepared to drop everything and start his life in the camper van traveling around Australia, he originally planned on finding another home for Willow. But something kept touching his heart as he thought of having to say farewell to his cat.

“You can’t let this cat go,” East said he told himself. “You have to take her with you.”

Worried that Willow wouldn’t adapt well to life away from his home, East slowly tried to break his cat into van life by taking her away for weekends, and then for weeks at a time.

As a result, East stumbled upon a revelation.

“Not only did she cope, she thrived,” East said. “I soon realized what I thought was a house cat was in fact a van cat -- an adventure cat.”

With that obstacle cleared, East and Willow boarded a ferry from Hobart, Tasmania, to the Australian mainland to start their new life in May 2015.

Adventures with a cat 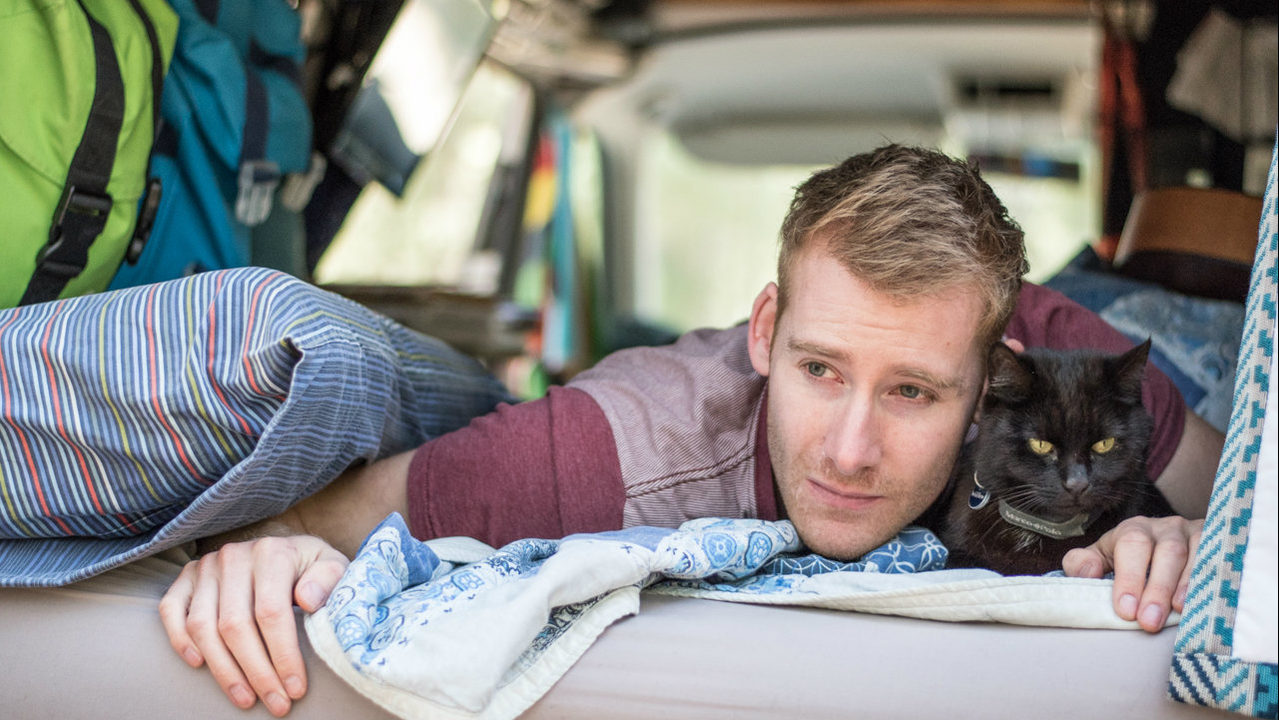 For more than four years, East has been traveling around Australia in the camper van with Willow.

East chronicles all the adventures and stops on his website. He also maintains Facebook and Instagram accounts -- you can find him under the name vancatmeow -- and has released a short book titled “Van Cat Meow.”

One of his recent posts on the website pictures and talks about a female traveling companion named Steph.

They’ve stationed the camper in spots with ocean views along the coast, and along rivers and within woods at more inland locations.

East said that Willow spends a majority of her time outdoors and rarely wanders more than 100 meters, 328 feet, from the van.

When Willow does explore a little more than 100 meters away from the van, East said he can find her with a tracking collar.

Four years after his midlife crisis, East is thankful he let go of his previous life, but equally happy he didn’t let go of his cat.

"I don't believe the bond between us is greater than any other human/cat," East said. "But we are in a situation every day where we are reminded of that bond."

All photos used with permission from Rich East.