April 2017 ranks as 2nd warmest on record in Detroit

The coldest April came in 1874

DETROIT – April 2017 was the 2nd warmest April on record for Detroit.

April, which brought the first full month of spring this year, follows what ranked as the 8th warmest winter season on record.

Six of the top ten all-time warmest winters in Southeast Michigan have come in the last 35 years.

The warmest April on record for Detroit came in 1955, with an average temperature of 54.5 degrees.

The coldest April came in 1874, with an average temperature of 37.6 degrees.

As for May, we'd need to average a temperature higher than 66.5 degrees to break the 1991 record for warmest May in Detroit. 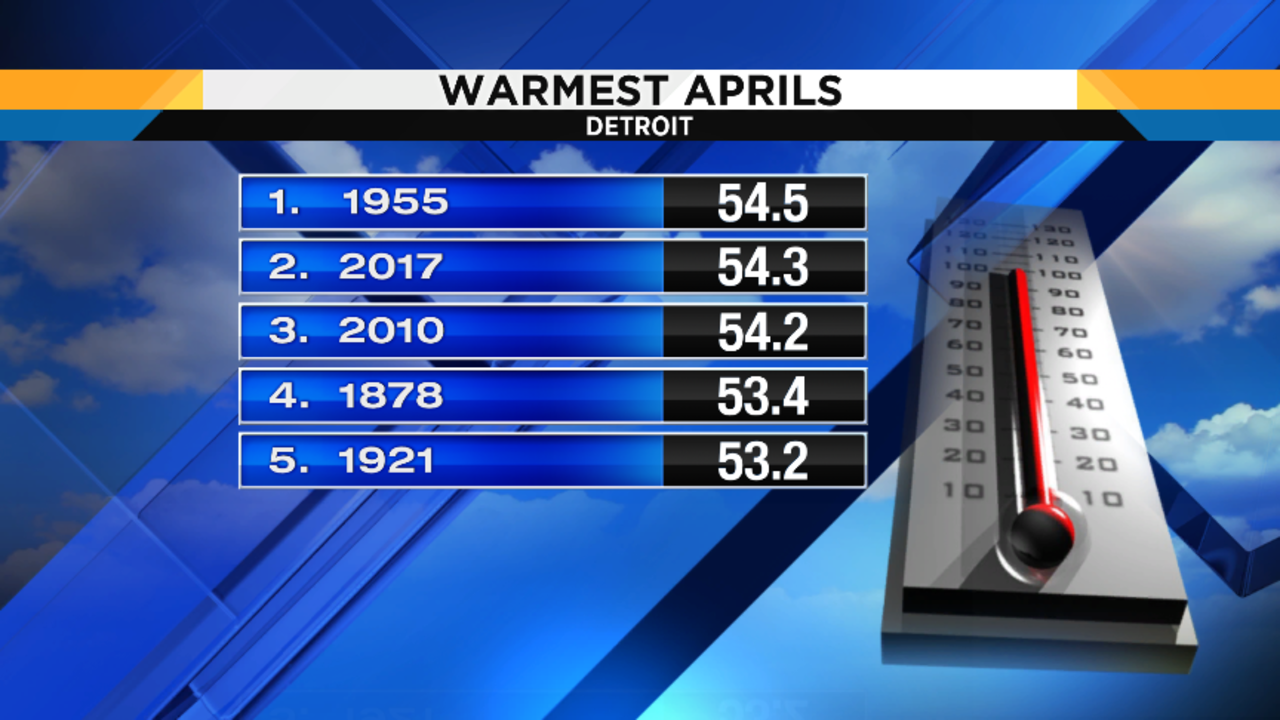