And some rain is on the way!

What a day…temperatures in most areas soared into the low to mid 80s this afternoon!  Don’t get used to it, though, as we’ll cool off the next few days (but still remain above average overall).

Mostly cloudy on Wednesday with a chance of showers and thunderstorms as a cold front crosses the area.  Much of the morning rain will be scattered, with the best chance for widespread (albeit a brief line of) showers and thunderstorms being in the afternoon ahead of the cold front.  At this point, I’m estimating perhaps a quarter inch of rain in many areas (less to the north and west), which helps but isn’t nearly enough to alleviate our very dry soil moisture content.  Highs in the mid 70s (24 degrees Celsius).

Wednesday afternoon showers end by early evening, with clearing skies after that. Lows in the mid 50s (13 degrees Celsius).

Mostly sunny on Thursday, with highs in the low 70s (22 degrees Celsius).

We have a good chance of rain on Friday as a wave of low pressure travels along the aforementioned front and bumps it back north toward our area. Highs in the upper 60s (20 degrees Celsius).

Saturday is the big Michigan – Michigan State game in Ann Arbor (a night game for the first time in the rivalry’s history), and the computer models still differ greatly in the handling of that pesky front. It appears that we have a pretty good chance for some showers, but the timing remains highly questionable. Based upon this afternoon’s models, it could be a situation where we start the day with some showers, then get a break, and then have another chance of showers Saturday evening. Stay tuned. Highs should be in the mid 70s (24 degrees Celsius). At this point, Sunday looks nice, with mostly sunny skies and highs in the mid 70s (24-25 degrees Celsius).

If you have Columbus Day off, you’re in luck: today’s long range models suggest another nice day, with mostly sunny skies, and highs in the mid 70s (24-25 degrees Celsius).

I’ve been watching the long range models for several days now for possible tropical development in the southern Gulf of Mexico. Nothing exists there now…this is a situation where low surface pressures are projected to develop some thunderstorm activity, which in turn may develop a tropical system. It’s way too early to try and predict anything specific with this system. Take a look at the two main long range models below: 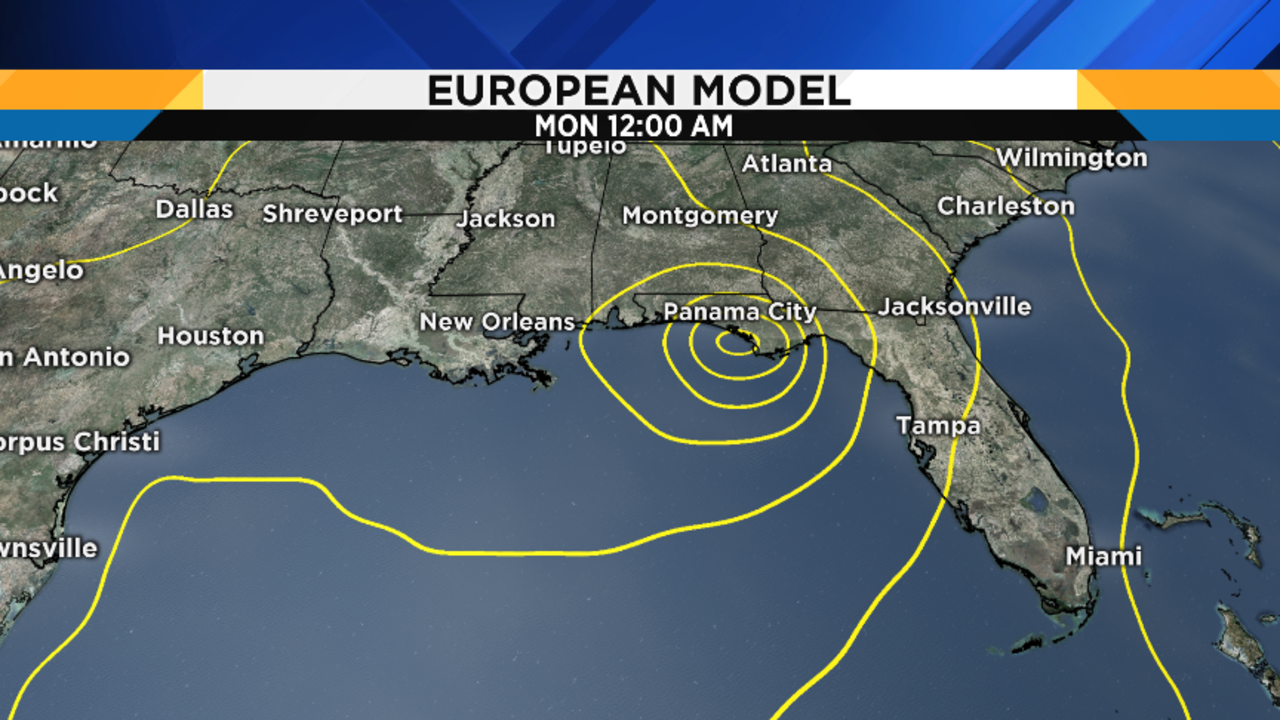 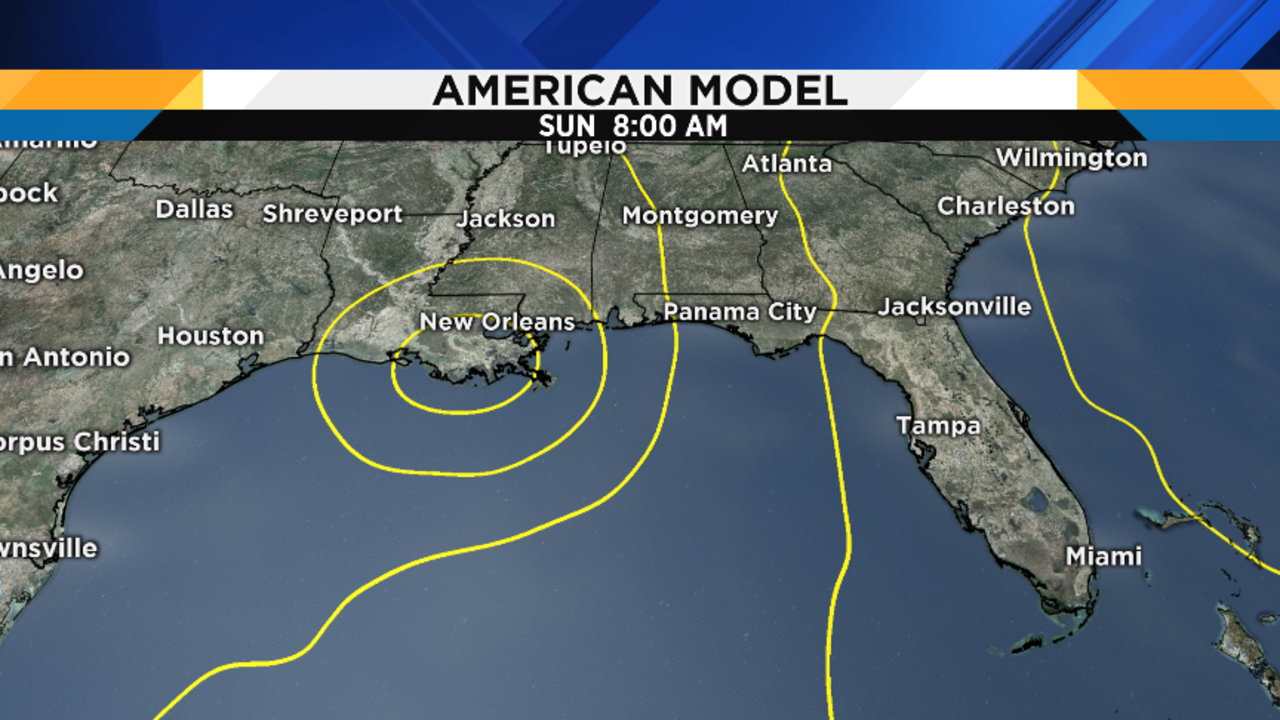 As you can see, the European model brings a system into the Panama City / Tallahassee area by midnight Sunday night.  Meanwhile, the American model takes a system west of New Orleans a half-day earlier.

Also, there’s no indication yet as to how strong this system will become, although it appears likely that at least a Tropical Storm will develop.  Even if this doesn’t become a hurricane, it will drop some heavy rain amounts on a part of the Gulf Coast.  I’ll keep you posted.