Man jumps from overpass to Lodge Freeway to escape shooting

Metro Detroit weather: Beautiful Monday, but rain is on the way

DETROIT – Longtime colleague here at Local 4, anchor Mort Crim, always used to say that "we don’t have spring around here. It just goes from winter to summer." By Mort’s standard, this year has played out right on schedule thus far.

After a top-10 coldest first 19 days of April -- in Detroit weather history -- we rebounded big time Monday, with many parts of the area getting within shouting distance of 70 degrees (21 degrees Celsius). Only those of us near the big lakes remained cooler due to that east wind. After a cool-down that will last the rest of this week, temperatures in the 70s are back in the forecast next week.

Clouds will increase Monday night, and scattered light rain showers will develop later in the evening, though our early evening plans and little league practices should be fine. Lows will be near 50 degrees (10 degrees Celsius). East winds will blow at 5 to 10 mph.

Scattered rain showers Tuesday morning will increase and become a mostly steady rain during the afternoon. Temperatures only rising a few degrees into the mid-50s (8 degrees Celsius). East wind at 5 to 10 mph. 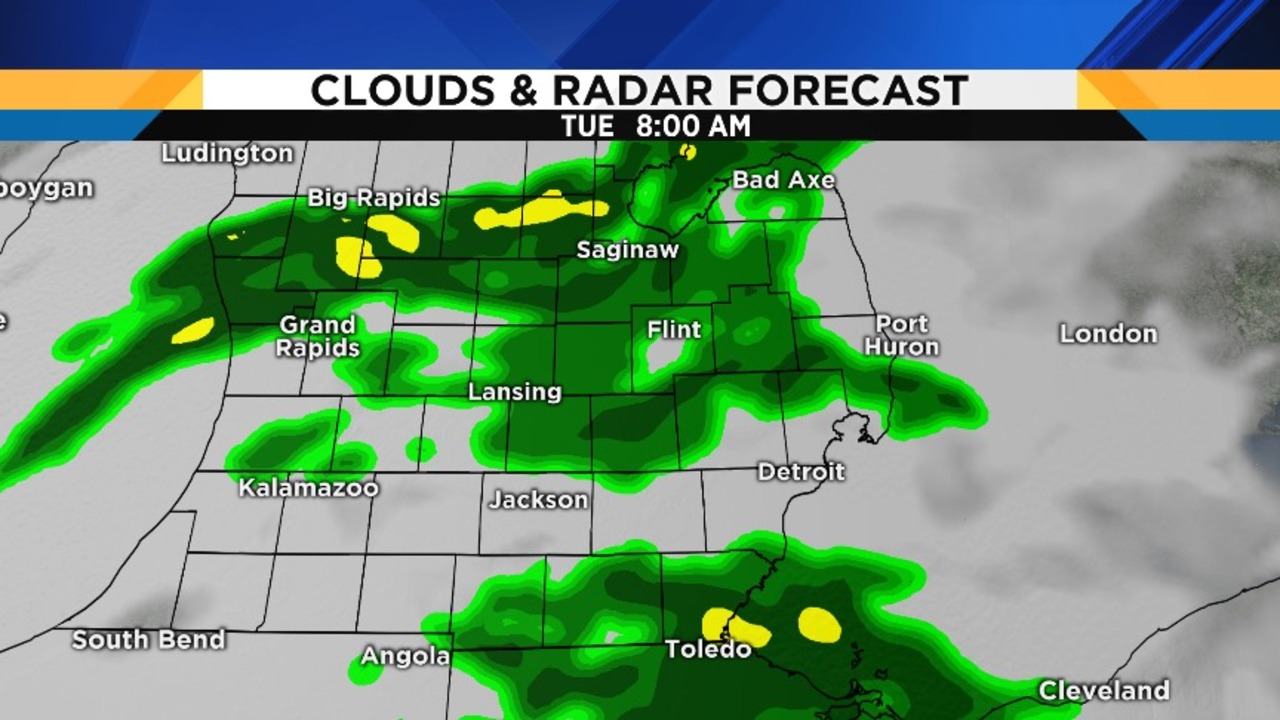 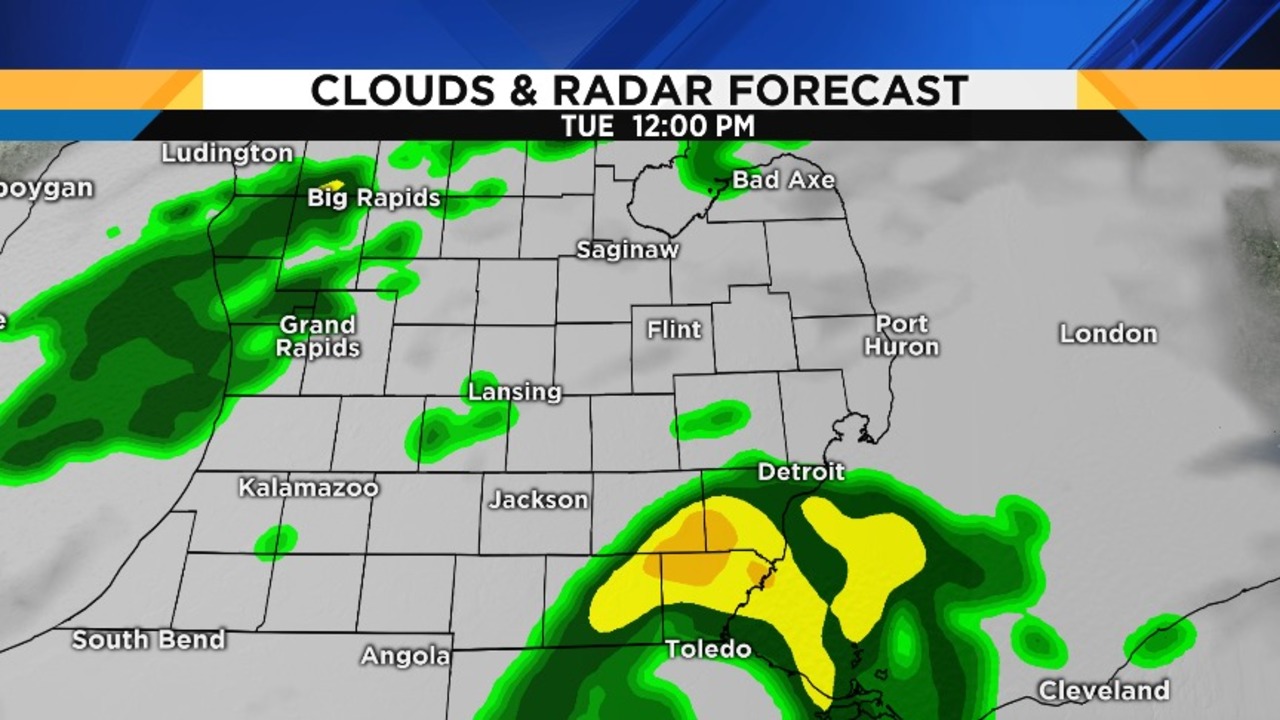 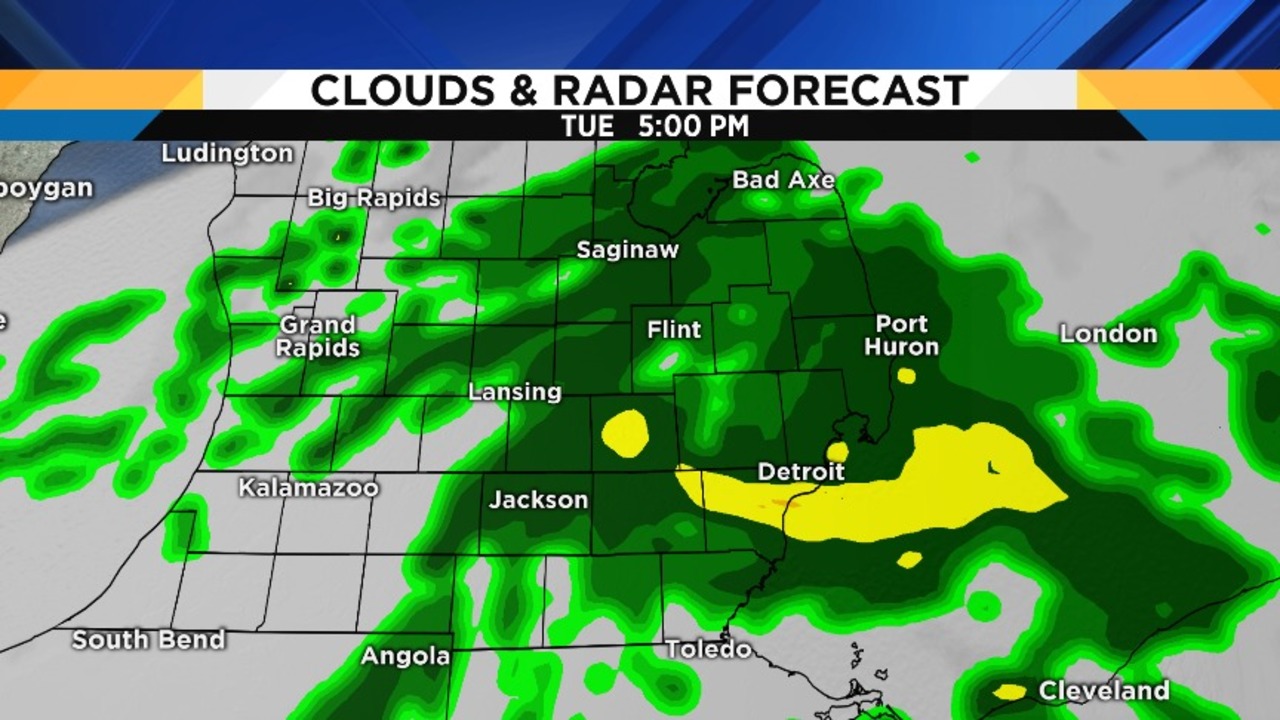 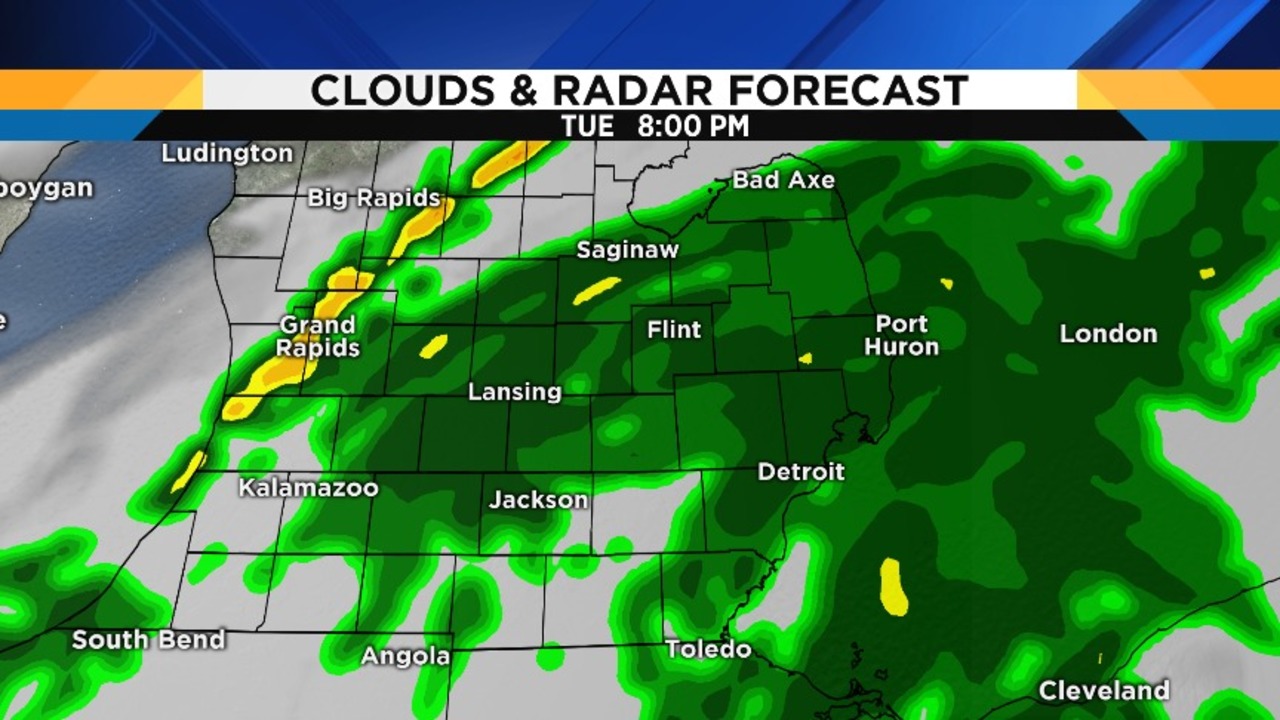 Rain showers will continue Tuesday night, with lows in the mid-40s (7 to 8 degrees Celsius).

Wednesday is the only tricky part of the forecast. Although a cold front crossing the area Tuesday night should take the rain with it, an approaching upper level disturbance will strengthen as it crosses northern Michigan at the same time.

We’ve seen this story before. These upper-level disturbances sometimes slow down a front. In this instance, we’re going with gut feeling rather than what most computer models are indicating: we think that rain showers may persist into Wednesday morning. Hopefully, we’ll get some sun by the end of the afternoon. Highs will be in the low 50s (11 to 12 degrees Celsius).

Partly cloudy to mostly sunny on Thursday, with highs in the upper 50s (14 to 15 degrees Celsius).

Partly cloudy to start on Friday, then another cold front brings some afternoon showers. Highs in the upper 50s (15 degrees Celsius).

Saturday looks dry, with partly cloudy to mostly sunny skies. Highs should reach the mid-50s (7 to 8 degrees Celsius), and it could be a tad breezy, too.

Sunday is definitely going to be the better of the two days, with mostly sunny skies, light wind, and highs in the low 60s (17 degrees Celsius).

Early next week will bring another surge of warm air, but this one looks even bigger than what we saw Monday. Mostly sunny skies next Monday and Tuesday means that we should be able to enjoy highs near 70 degrees (21 degrees Celsius) on Monday, and in the mid to upper 70s (25 degrees Celsius) on Tuesday.