Zeus, most powerful laser in the US, to be built at University of Michigan in Ann Arbor

ANN ARBOR, Mich. – ZEUS, a new laser system that will be the most powerful laser in the United States, will be built at the University of Michigan.

With funding from the National Science Foundation equal to $16 million, the laser system and its facility will effectively update U.S. laser capabilities while helping scientists test out theories involving a subatomic understanding of the universe. ZEUS will be a 3-petawatt laser system -- a single petawatt is equal to a quadrillion watts (think 1 followed by 15 zeros), and ZEUS will be three times as powerful.

New understandings resulting from ZEUS, which will be built in the Gérard Mourou Center for Ultrafast Optical Science, could lead to scientific, medical, and security developments. 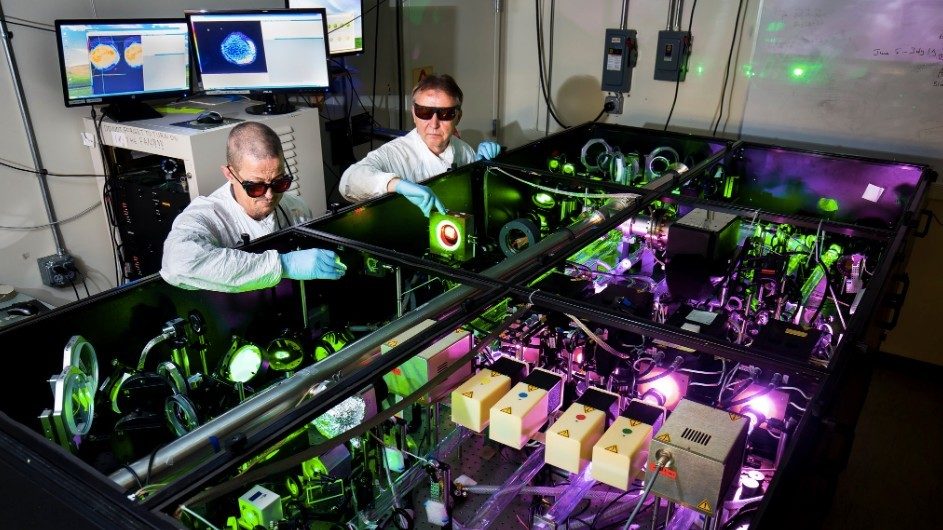 Considered a "user facility," ZEUS and will grant engineering and scientific personnel access to extreme lasers while also making the United States more competitive in laser capabilities, which haven't been dramatically updated in over 20 years.

ZEUS will be taking over for the HERCULES 300 TW laser, a 0.5-petawatt laser system activated in 2007. The upgraded ZEUS will help scientists attempt signature experiments, such as mimicking higher-powered lasers by shooting a high-energy electron beam backward.

The laser system will aid in expanding an understanding of particle acceleration and quantum electrodynamics. Regarding advancements in medicine, astrophysics and national defense, ZEUS will be able to help create more widely available cancer therapies, improve nuclear materials detection and possibly help in bettering the science community's understanding of electron-positron jets emitted by black holes.