‘You will have shut the door on the pursuit of justice’ -- MSU, AG reach stalemate in Nassar investigation

Classic Rock Bracket: Vote in the championship round

Well, we decided to have a little fun. What better way to unite us all than music? We launched a Classic Rock Bracket, in hopes of deciding who Metro Detroiters call the best classic rock act ever.

We made it to the final four acts last week: The Beatles, The Rolling Stones, Led Zeppelin and Van Halen.

The Beatles beat Van Halen and Led Zeppelin beat The Rolling Stones, setting up a heavyweight championship battle. The Beatles vs. Led Zeppelin! (Scroll down to vote)

Here's a look at the bracket to this point: 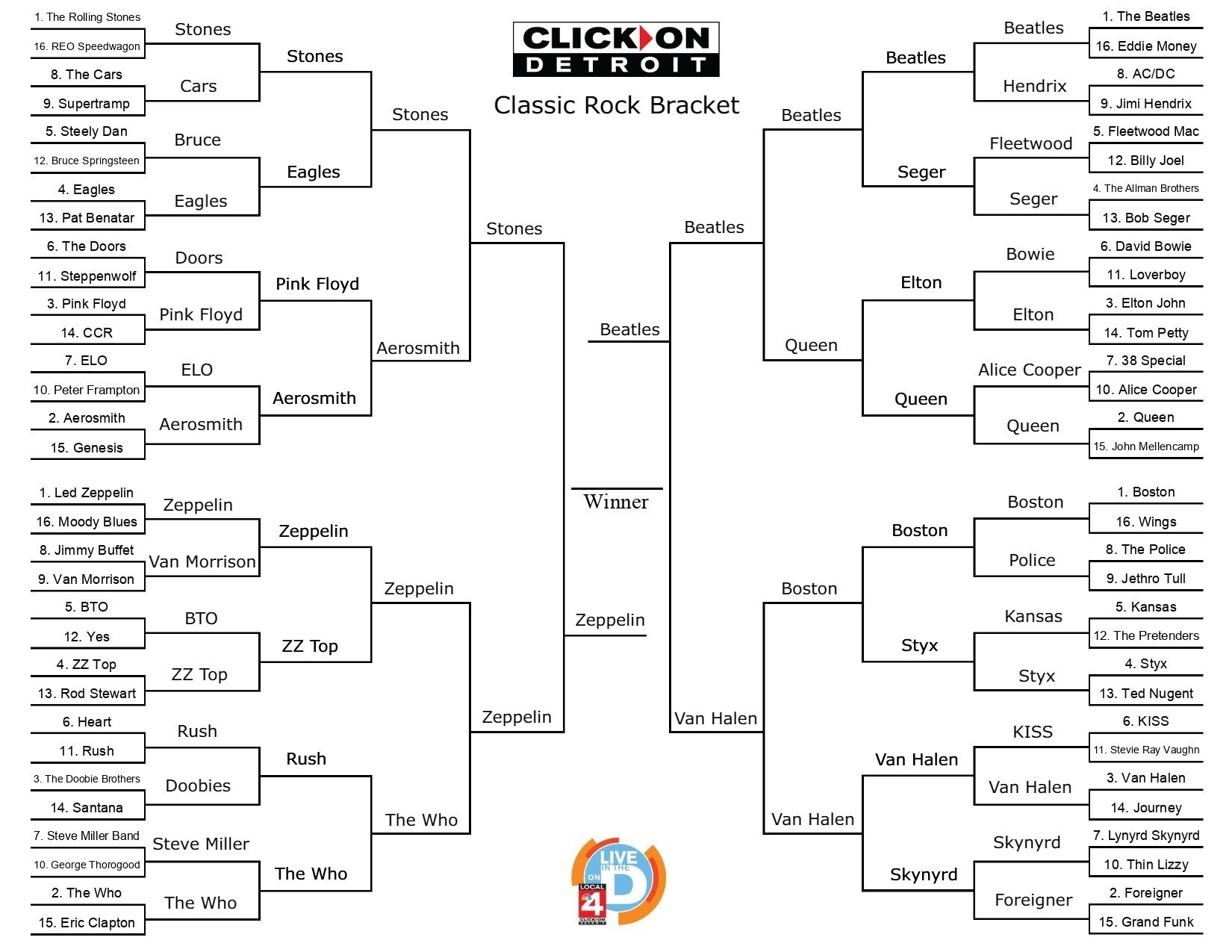 Vote in the championship round below: