The Detroit Tigers have a game today -- here’s the starting lineup, pitching plan

We'd like to thank our sponsor -- Southeast Michigan Ford Dealers -- for their support!

Comprised of about 110 members, the marching band performs at all home football games. They march every year in the Peach Festival Parade in Romeo, the Ford II Homecoming parade and the Sterling Heights Memorial Day Parade on alternating years. The marching band competes at the Harper Woods Band-O-Rama and the UCS Band-A-Rama in preparation for the MSBOA Marching Band Festival.

They will be playing Soak Up the Sun by Sheryl Crow.

Participant: 2008 Detroit Red Wings Victory Parade, Detroit, MI- One of only 2 bands invited to participate from across Metro Detroit

This will be the largest audience the band has ever performed in front of.  They will be playing a Jerry Burns marching band arrangement of Let It Snow! in America's Thanksgiving Parade.

Since 2002, the Lake Fenton High School Bands have performed in the Magic Kingdom of Walt Disney World three times (2005, 2009, 2013), in a combined performance with the University of Michigan Jazz Ensemble, in a combined performance with the University of Michigan-Flint Wind Ensemble, at the Michigan Association of School Boards Annual Inaugural Conference at the Lansing Convention Center, and performed the National Anthem at a Detroit Tigers Baseball Game (2005).  Additionally, the Lake Fenton Blue Devil Marching Band took first place in a Tuscola County (MI) Festival Parade marching adjudication amongst 15 other marching bands. In 2007, on their way to New York City, the bands traveled to Quakertown, Pennsylvania, to perform a concert at their director's high school alma mater.  The band also performed in the 2008 and 2010 Tulip Time Festival Muziekparade in Holland, Michigan and the 2009 and 2011 Michigan State University Homecoming Parade.  In 2011, the high school symphonic and concert bands traveled to Toronto, Ontario to clinic at the Toronto Centre of the Arts with Dr. Jeffrey L. Reynolds of the University of Toronto.  Most recently, members of the high school symphonic and concert bands performed for the Genesee County Association of School Boards in Frankenmuth, Michigan.

The Chippewa Valley "Big Reds" Marching Band has a rich history of competing regularly with the best High School Marching Bands in the State of Michigan. The group performs in many parades, football game half-time shows, and marching band competitions each year both locally and across the nation.

Practices for the Marching band are intense but the rewards and memories are substantial and last a life-time. Last year the band regularly placed in the top group for the competitions they participated in.

The Dakota Marching Band is an award-winning organization with approximately 130 members in the 2013 season. The group consistently earns Division I ratings at MSBOA festivals and draws a large number of fans to Dakota football games for its halftime show.

This year, the Marching Band show is "A Night on Broadway" and includes pieces from Lion King, Les Miserables and Phantom of the Opera.

--To expose students to different cultures, environments and educational opportunities through participation in parades, field show contest, half times and pre-game show and concert hall performances; Through travel to other cities, states, and countries.

--To teach students the importance of teamwork and shared responsibility to achieve short and long term goals.

--To prepare students for success in high school, college, the work force and global society.

The All City Marching Band features a high stepping, energetic Drum Major that continues to woo audiences all over. It's the Motown sound the Band performs that impacts audiences wherever they perform. Song selection includes a Motown medley (Get Ready, My Girl, Ain't No Mountain High Enough), Philadelphia Sounds of the O jays, Backstabbers, Hello Detroit, My First, My Last, My Everything, Michael Jackson's Human Nature, Christmas Medley (Joy to the World, My Favorite Things, Sleigh Ride, Angels We Have Heard on High).

The Band's most memorable performances nationally and locally include the 2002 Tournament of Roses Parade in Pasadena, California, as a featured guest in the "Coming Up Roses" CBS Broadcast in Dec. 2001, multiple performances in America's Thanksgiving Day Parade, Hob Nobble Gobble, Noel's Night, Lake Orion Parade of Lights and a Detroit Lions half-time show appearance.

The 226-member Fraser "Rambler" Marching Band has grown from 50 members in 1999 to being consistently over 220 members since 2006. They have been the largest marching band in the Macomb County area for the past 8 years. The Marching "Ramblers" have enjoyed First Division Ratings at the Michigan School Band and Orchestra Association Marching Band Festivals for the past thirteen years straight.

The Fraser Marching Band appeared for the first time in over 25 years in the 2002 America's Thanksgiving Day Parade in Detroit, and they were awarded 2nd place of all the bands that year by the judges. Since then, the band has appeared in the parade in 2004, 2007, and 2010. In 2004, the "Ramblers" were voted as the #1 Marching Band in online voting during the parade. This year's appearance will be the band's fifth time in recent history. The Ramblers have also participated in the Warren-Centerline Thanksgiving Parade in 2000, 2001, and 2003, the Mackinaw City Pageant Parade in 2001, and the Veteran's Day Parade in Detroit in 2009. In 2005, the marching band traveled to New York City and performed at the Statue of Liberty. In 2006, they participated in the Chic-fil-A Bowl Game parade, pre-game, and halftime show, placing 4th among 18 bands from around the country.  The "Ramblers" were also voted the #1 Marching Band in the Fox Sports Detroit/American Pizza Pie contest in 2009.

The band will be featuring the song "Sleigh Ride" by Leroy Anderson during the 2013 parade. 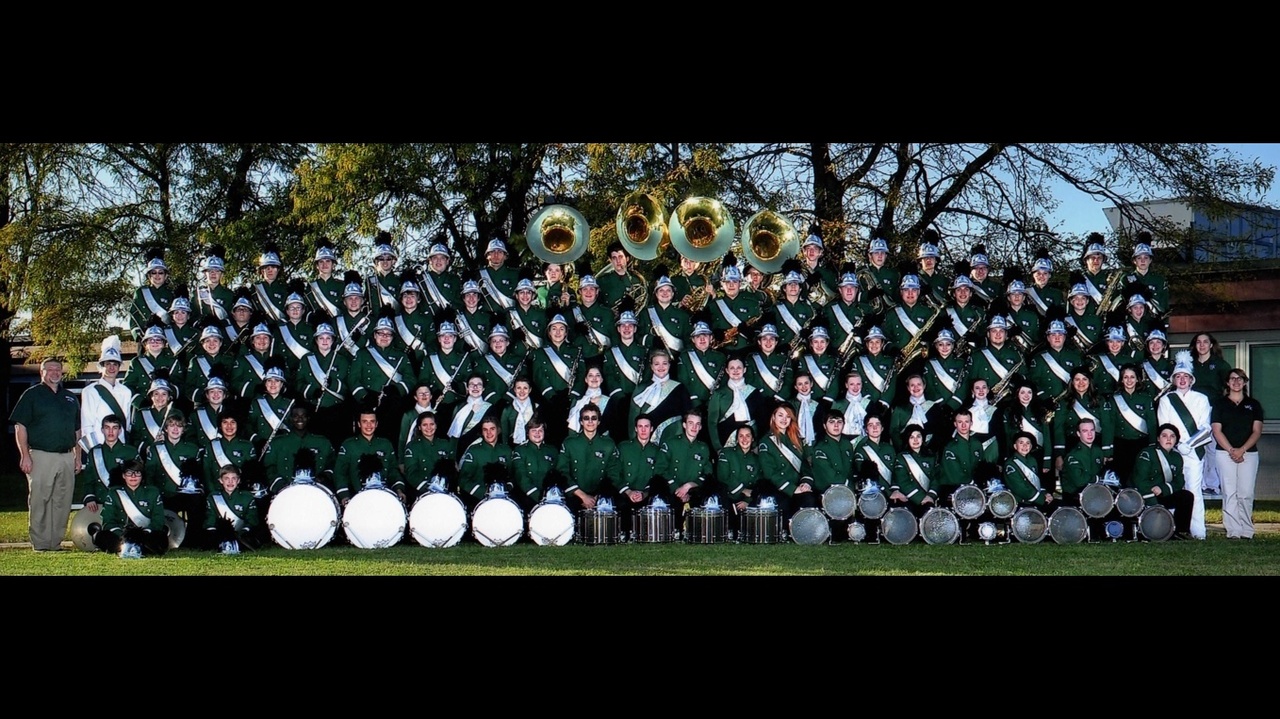 The Waterford Kettering Marching Captains have received numerous awards in the past, including Grand Prize in the 2013 Mackinaw City Memorial Parade, the Local 4 "Battle of the Bands" winner in the 2010 America's Thanksgiving Day Parade, first place band in the 2009 Mackinaw City Memorial Parade, and many years of Division One ratings in MSBOA Marching Band Festivals. They have also performed numerous times at Walt Disney World-Florida, the Michigan State Fair, and for the last six years were a featured band at Cedar Point's Hallo Weekends Monster Midway Invasion Parade. The band is 96 members strong and proud that one of our members, Ms. Emily Halls (Senior, Clarinet), was selected to the elite "US Army All-American High School Marching Band," and will perform at the All-American Bowl in El Paso, TX on January 4th, 2014. In addition, Senior Flutist Amanda Juntunen was selected to perform at the 2014 Orange Bowl with the All-Star Invitational Marching Band on January 3rd.