What happens if my second vaccine dose is delayed? Can painkillers alleviate side effects?

DETROIT – Michigan's child poverty rate decreased to about 21 percent in 2016, but disparities among racial groups remain.

Related: Michigan has one of the largest populations of homeless students in US

Some other key findings were:

2018 trends in child well-being in Michigan

According to the report, Michigan's bottom-ranked counties for child well-being are:

The top five are:

Other notable Michigan county rankings (out of 82 total):

Check out the full rankings map below: 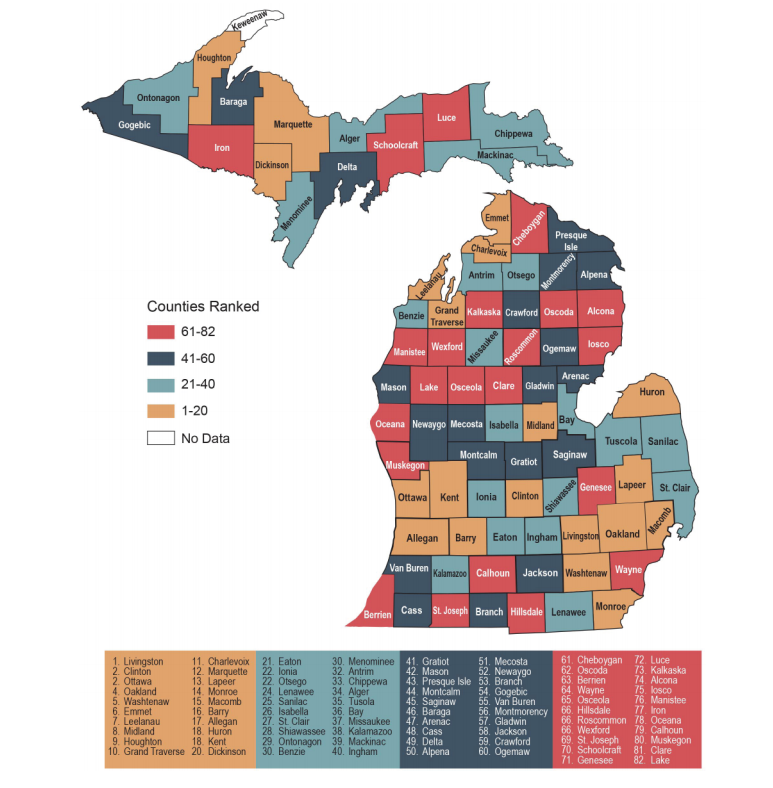 More than 1 in 4 Michiganders are kids under the age of 18. Almost 1 in 3 kids are children of color. 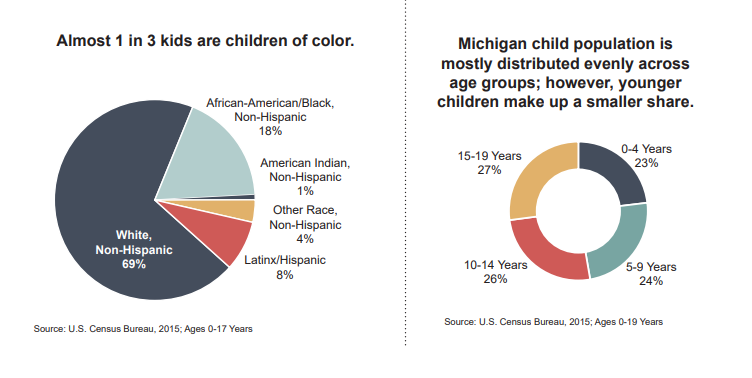 Economic security of children in Michigan

The report found that the federal poverty level does not adequately capture all struggling families.

Younger children are more likely to be living in poverty in Michigan. 23 percent of children under the age of six are in poverty, while 19 percent between six and 17 years-old are in poverty.

What does this mean for kids in Michigan?

According to the report, more than 1 in 5 kids in Michigan live in poverty while 2 in 5 live in a family struggling to make ends meet. Despite the state’s economic recovery, parents are challenged with finding secure employment: 31 percent of kids live in families without year-round, full-time employment, and it’s higher for African-American (54 percent) and Latino (39 percent) children.

The lack of resources can lead to food insecurity, homelessness and neglect in child welfare, all of which have long-term effects on child and adult well-being. In neighborhoods with high levels of poverty, it becomes even more difficult for families to access needed support—regardless of whether a family itself lives in poverty.

Government safety net programs and other policies that support work, like the federal and state Earned Income Tax Credit (EITC), are critical for families. The supplemental poverty measure shows the importance of these programs; child poverty is reduced to 15 percent when we account for many government programs. Unfortunately, many of these have been eliminated or severely reduced.

Other notable findings from the Kid Count in Michigan report:

While teen deaths are declining, the report shows African-American youth are much more likely to die young - and by homicide. 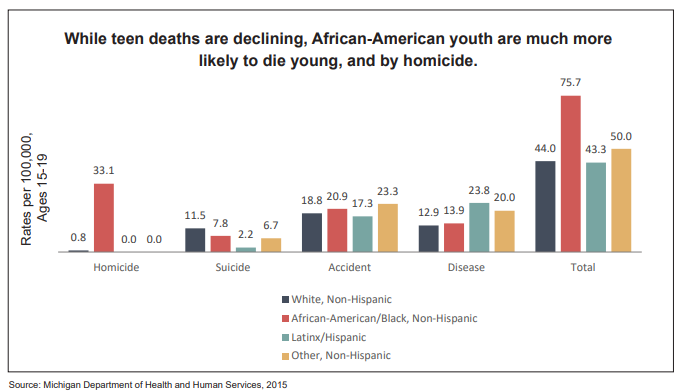 Kids of color are more likely to attend under-resourced schools compared to their white peers, resulting in disparate outcomes in third-grade reading.

Third-grade reading differs significantly by family income: 71 percent of students from families with low incomes are not proficient compared to 40 percent of those in families with higher incomes. 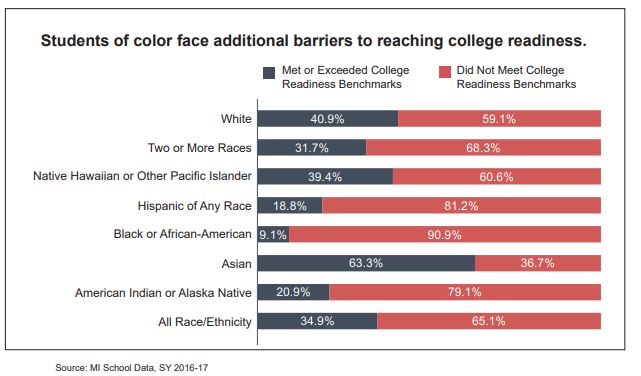 You can browse the full Kids Count report below: