Board ends controversy over Michigan election after certifying results

Review: "Avengers: Infinity War" will shake you to your core

A spoiler-free guide from one nerd to another

READER NOTE: THERE ARE NO PLOT SPOILERS IN THIS REVIEW UNTIL THE VERY END.

EDITOR NOTE: PLEASE DON’T TAKE OUT ALL OF MY JOSH BROLIN JOKES.

One time, I decided I wanted to write a book. It was sort of a James Bond type spy thriller. I abandoned that idea after about two days working on it.

By comparison, the converging storylines in Avengers: Infinity War all began 10 years ago, with Robert Downey Jr. making his debut as Tony Stark in 2008’s Iron Man. So, it’s safe to say the folks at Marvel have a little more follow-through than I do.

Over the last decade, the Marvel Cinematic Universe has grown from Downey Jr. MacGyver-ing his way out of trouble in 2008 to 19 movies – with at least five more confirmed over the next two years – as well as three cable TV series, six Netflix series and one Hulu series, two digital series, five short films, 29 comic book series and three theme park attractions *long, wheezing breath*. And it has all been leading up to Infinity War.

(Note: One of those three cable series is ABC’s Marvel’s Inhumans, which is so horrendously bad that it almost makes me hate both Marvel and TV in general. So let’s just ignore that one). 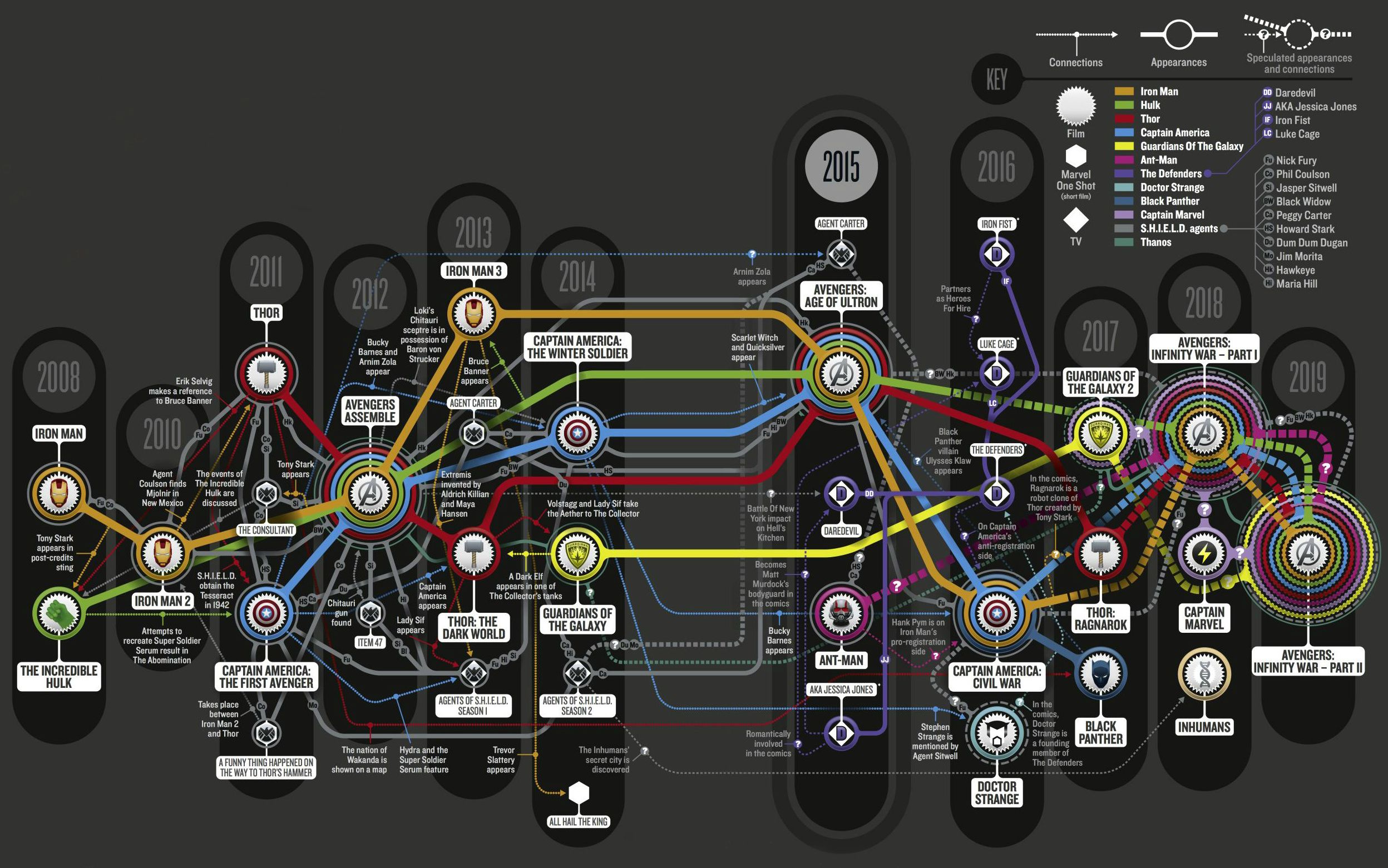 Now, like any Marvel blockbuster, this behemoth is LONG. So, instead of taking you on a traditional play-by-play, let’s go piece by piece.

Abandon any preconceptions you have about Marvel films, or superhero movies in general. Avengers: Infinity War is an arduous lesson in object permanence.

It will shake you to your core, and leave you slack-jawed in your seat, wondering if you really just saw what you saw. And unfortunately, I’m here to tell you: it’s not a ruse. Avengers: Infinity War is a game of Russian roulette, and does not discriminate.

Halfway through the movie, a quote from Thanos sums up the film completely.

“Today, I have lost more than you can imagine.”

Before I get into the actual meat of the movie – a pretty cool local connection can be seen early on in the film, when a sign for "Rocket Mortgage" is knocked down. It’s extremely brief, and you might miss it if you aren’t paying attention, but it was a nice touch.

As we’ve come to expect from a Marvel movie, Avengers: Infinity War is visually stunning, and leaves very little to be desired on that front.

Except for the travesty that is Thanos’ CGI chin. I know, this sounds dumb, but I swear, Thanos, (played by Josh Brolin), has a stupid motion-capture CGI face that looks like Rick from Pawn Stars was put into a blender with Chumlee from Pawn Stars. It looks like Homer Simpson was involved in a science experiment gone wrong that turned his head into his big toe.

It’s a really petty detail, I know. But I’m a petty guy. And hey, speaking of Thanos…

Josh Brolin as Thanos, with his big dumb ‘ol chin and all, tears through the ensemble without mercy. Every 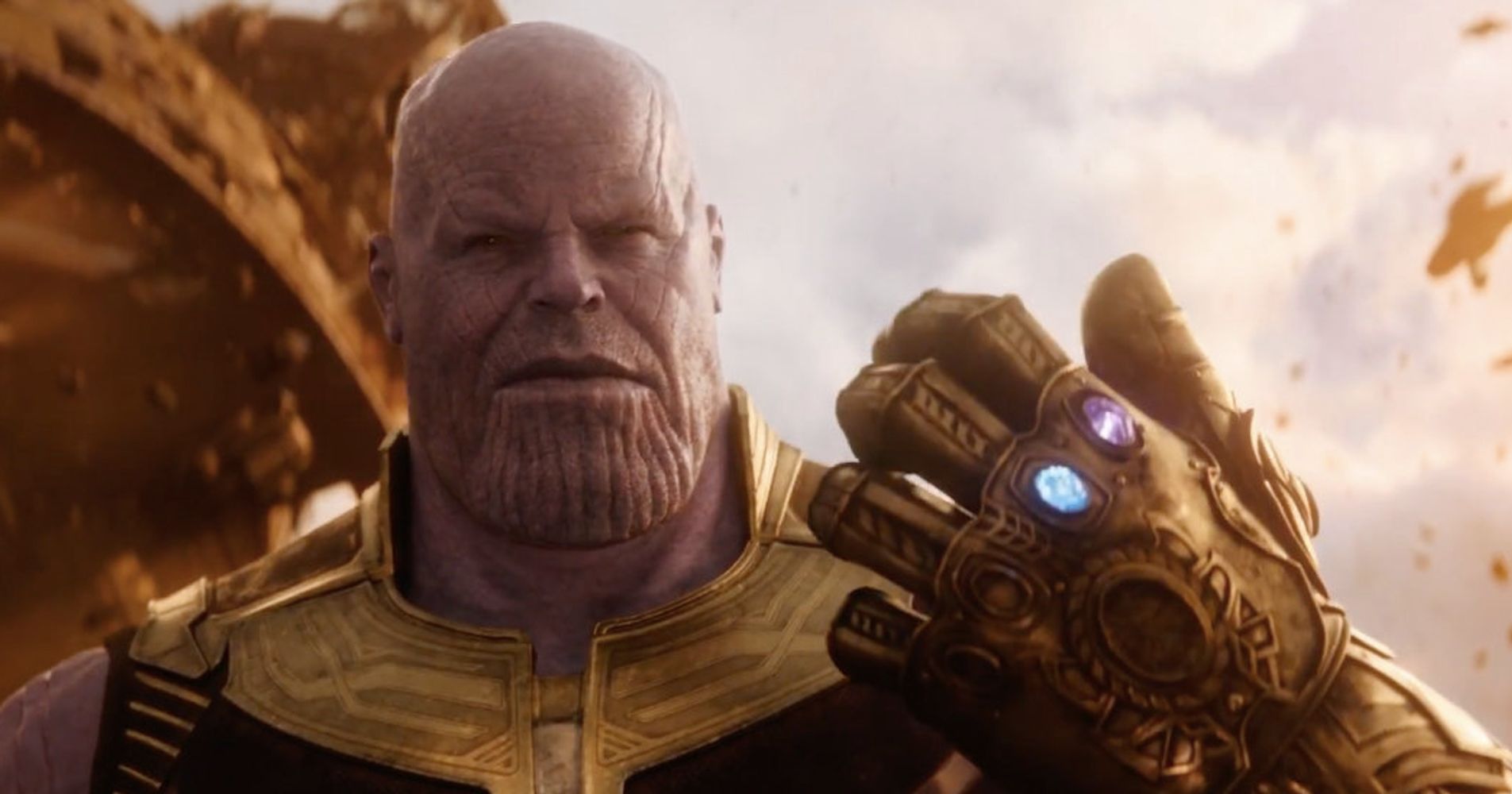 misconception you had that your favorite hero is immune to having his or her butt thoroughly kicked should be thrown right out.

Every second he’s on screen feels like Negan from The Walking Dead casually walking around with Lucille, and you’re just waiting to see which character gets it.

Buckle up. I promise you are not ready for Thanos.

And bring some tissues.

GUARDIANS OF THE GALAXY

One of the sillier pieces of the MCU is Guardians of the Galaxy. You know, the one with a guy whose father is a planet, and his friends: a bug lady, Thanos’ daughter, a small tree (who is now an angsty adolescent small tree), raccoon Han Solo and John Cena auditioning for the Blue Man Group? Well, mixing them into an ensemble of movies that actually have serious undertones (Black Panther, Captain America, Doctor Strange, etc.) was always going to be a challenge.

But, the GOTG surprised me completely, and were probably the most integral plot points in the movie.

Furthermore, the directors did a phenomenal job picking out the pieces of the MCU that lent themselves to silliness, and integrated them with GOTG. To that effect, I would pay good money for a Thor and Rocket Raccoon spin-off, à la 21 Jump Street.

The most engaging plotline of the entire film is her complex relationship with her father Thanos.

I can tell you two things without spoiling it too much:

The exchanges between her and her father are some of the most powerful in the film, and a twist in the second half of the movie will leave you breathless. 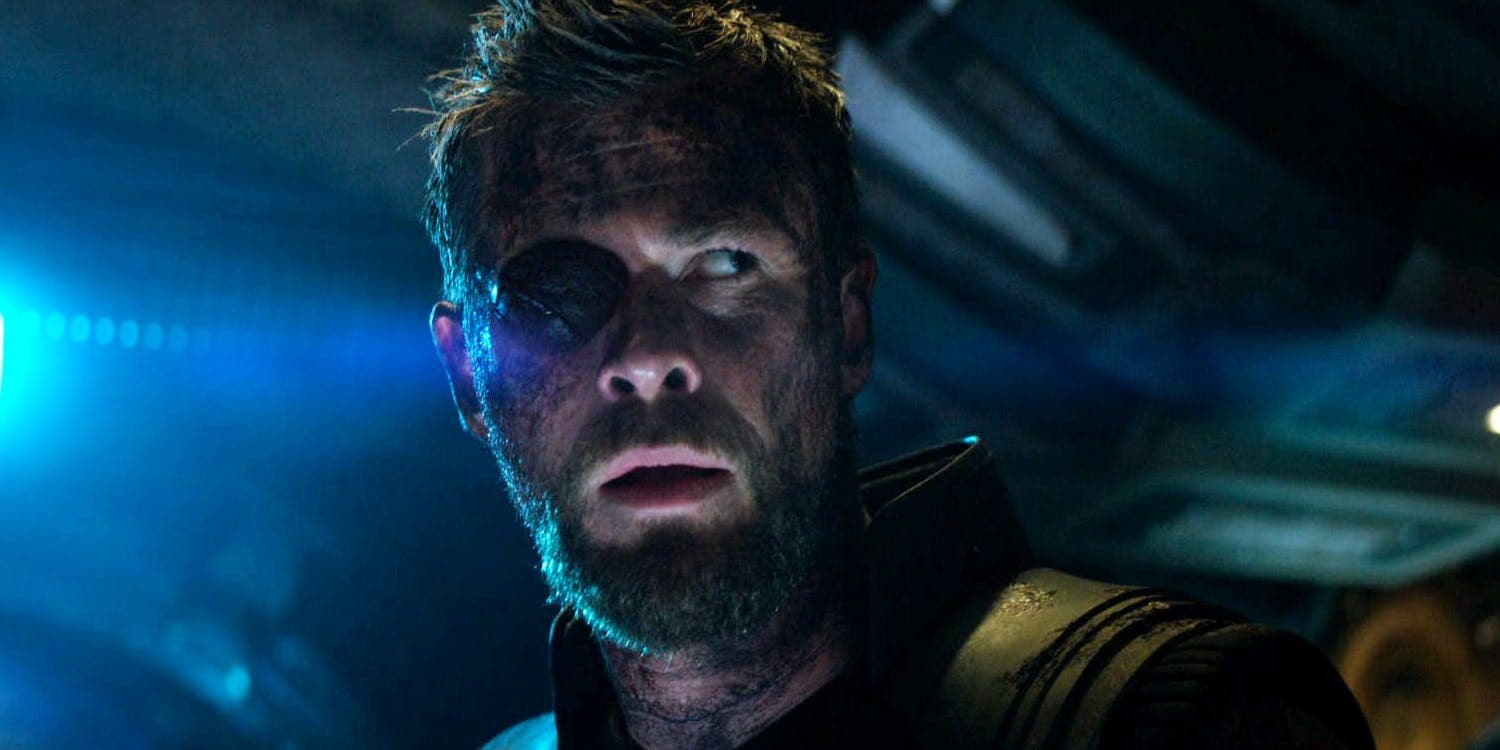 When he’s not joking around with the GOTG, the Asgardian prince is leading the story, with Infinity War starting directly where Thor: Ragnarok left off.

But, while Ragnarok was a pretty light-hearted Marvel entry, Infinity War takes a different route.

Expect to see a side of Thor you haven't seen in any previous installments, and it's a side I'd like to see a lot more of. 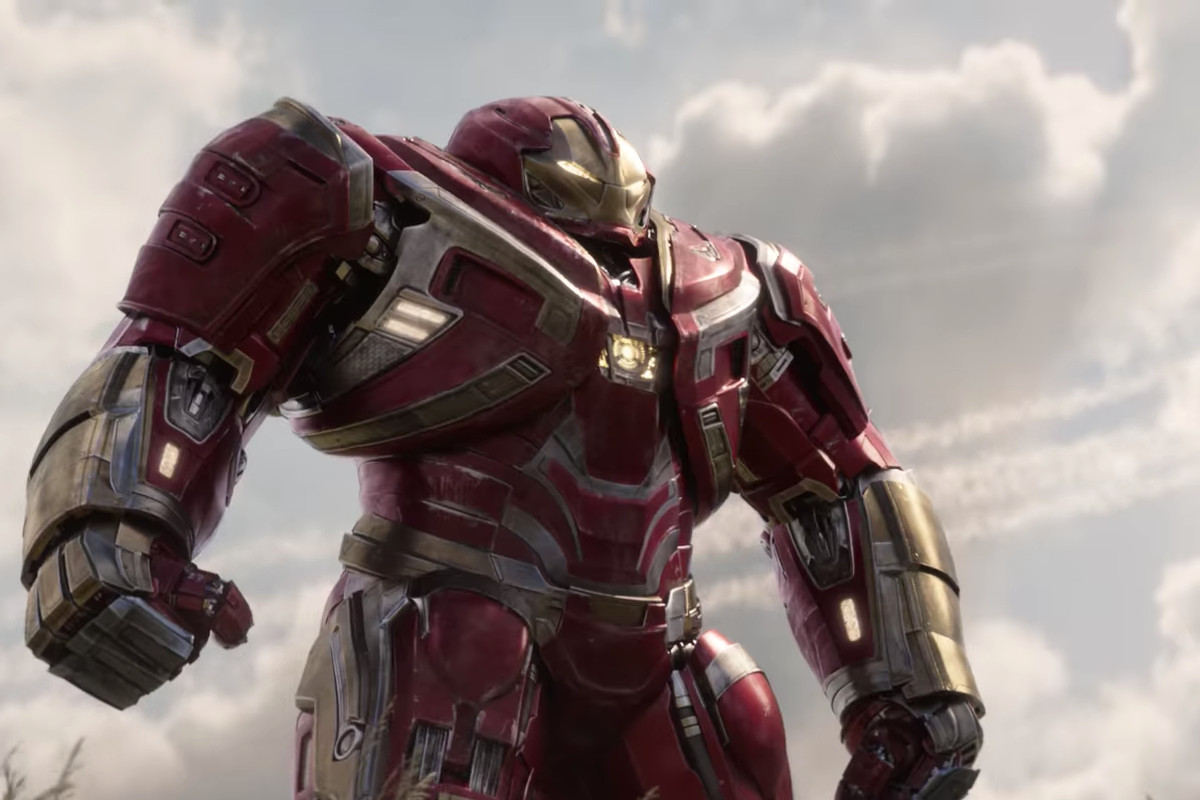 I am not calling him The Hulk.  Because this is not The Hulk as you expect him. Without giving too much away, I wouldn’t get your hopes up for much of the not-so-jolly green giant.

To my knowledge, Marvel has not scheduled another Hulk solo movie. But with the powerful character development for Bruce Banner throughout this movie – maybe they should.

Tobey Maguire was great as Spider-Man. But then Andrew Garfield was like finding a misspelled knock-off in Chinatown and realizing how pointless brand names are and falling into a deep depression that makes you question society. So I was really ready for Tom Holland

to continue that trend of disappointment and break my heart. But, in his debut back in Civil War, Tom Holland shined on screen, and he continues to be a delight in Infinity War as your friendly, neighborhood Spider-Man.

At 21 years old, Holland has a powerful command of your attention, and may just unseat Tobey as the end-all, be-all web-slinger. (But let’s not forget the time that Neil Patrick-Harris was Spidey.  Those were the days). And, Holland’s on-screen chemistry with Robert Downey Jr. culminates in a heartbreaking exchange near the end of the movie that had a movie critic sitting next to me in tears.

BLACK PANTHER AND THE WAKANDANS

What is there to say? 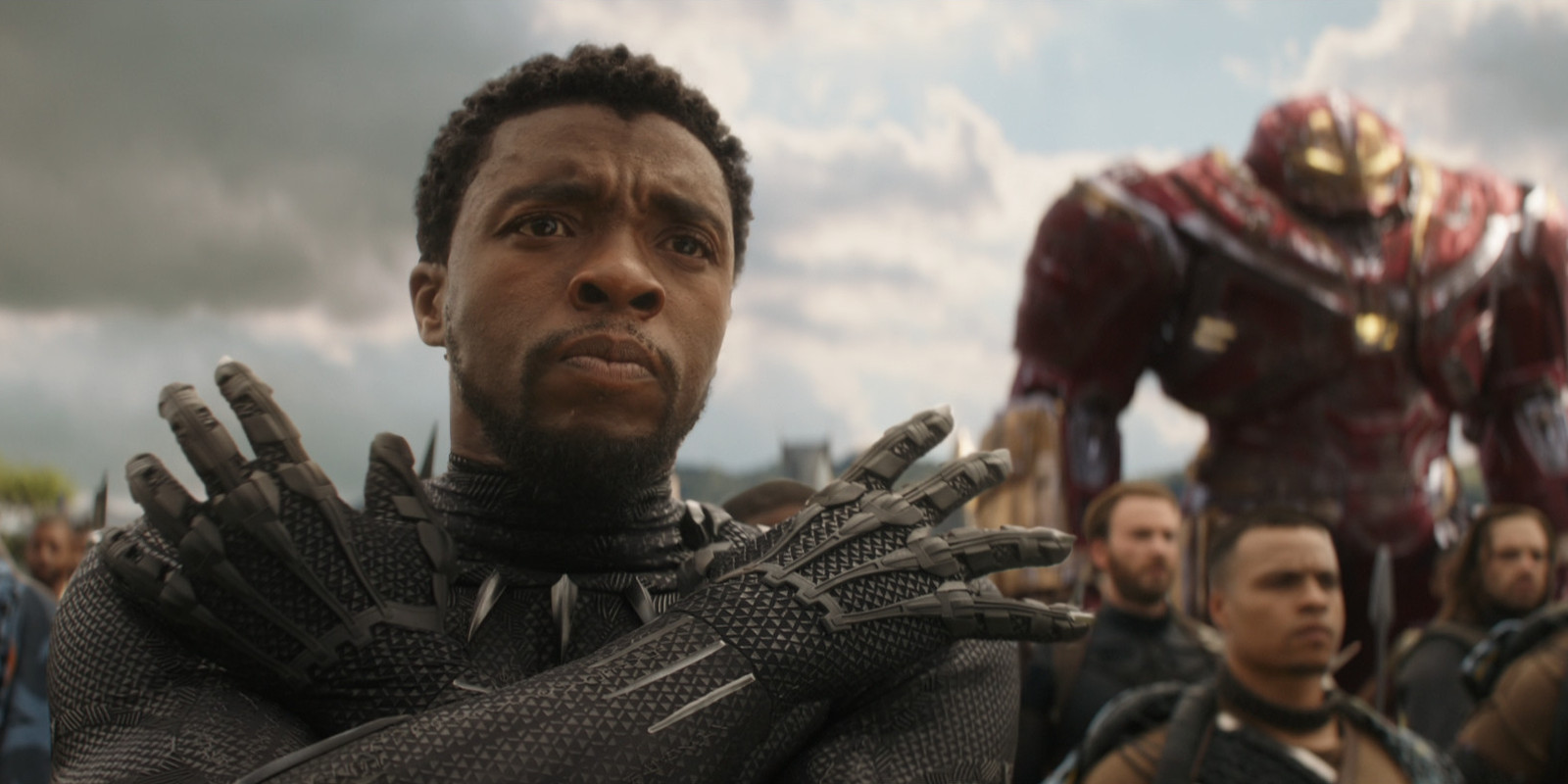 In just a couple months in theaters, Black Panther became Marvel’s all-time highest-grossing movie, and the third highest-grossing U.S. movie of all time. So it was no surprise that Chadwick Boseman, Angela Bassett, Letitia Wright and Danai Gurira stole the screen. (And I don’t know about you, but I’ll take an army of Wakandans over an army of anything else). And, Boseman aside, the Black Panther stars contribute to one of the most powerful female ensembles I’ve seen.

I really do love Scarlett Johansson (Black Widow), but – c’mon. She doesn’t really have much to contribute here. This is worse than bringing a knife to a gunfight. This is bringing fists to an ‘intergalactic tyrant with the power to wipe out half the Universe with a snap of his fingers’ fight.

Guess what? Thanos doesn’t have a surprise weakness to punching. (Although I hope he has a weakness to jokes about his chin, because it was bad and he should feel bad). 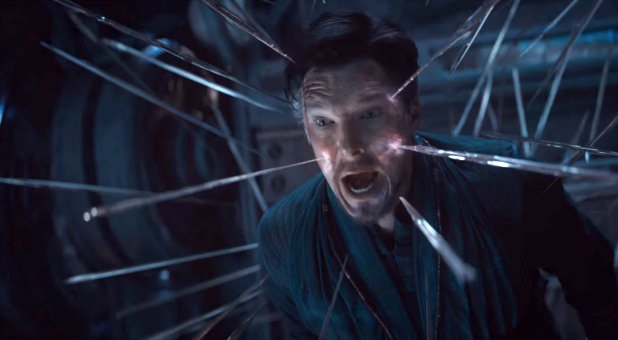 Benedict Cumberbatch (I really hope I’m getting that right) had instant on-screen chemistry with Spidey and Stark, to a degree that caught me completely off guard. Every time Buttercup Cumbersnatch(?) was involved in a scene, it became instantly more enjoyable. My only complaint was that Doctor Strange – again, played by Benefit Cabbagepatch(?), if I’m not mistaken – did not get any screentime with his Sherlock Holmes co-star Martin Freeman, who played FBI agent Everett Ross in Black Panther.

You know what? I think I’m getting his name wrong. It might actually be Benevolent Crispysmash(?).

Nerd answer: Okay let me just say I am not a fan of the trivialized fashion they gloss over the fact that Ant-Man has the ability to shrink down to a size so small he enters the multiverse. That is kind of a huge deal.

(No pun intended). We spend like a half hour establishing that yes, Captain America can punch people real good, but we just ignore the fact that one guy has the ability to shrink down to a size so small, he can enter another dimension, and escape anything Thanos does? He can also become HUGE, so he could have theoretically punched Thanos so hard, he could’ve fixed his terrible, terrible, just truly awful CGI chin. But nah, he’s home on house arrest instead of in the film. Because that makes sense.

*Be right back, I have to catch my breath, I don’t think I took a single breath writing that nerd rant.*

Honestly, I was pretty underwhelmed by Cap's performance, and by the very limited plotline they gave

His dialogue was weak and underdeveloped and his role was wholly unnecessary. But, the new shields the Wakandans made for him are dope.

Bucky is also insanely under-utilized, and appears on screen for less than twenty minutes. Sorry, there’s not much to say here.

Hopefully, the next Civil War entry puts them back in the spotlight, ... somehow.

I can’t speak enough to Robert Downey Jr.’s integral role in the entire MCU, and Infinity War itself. 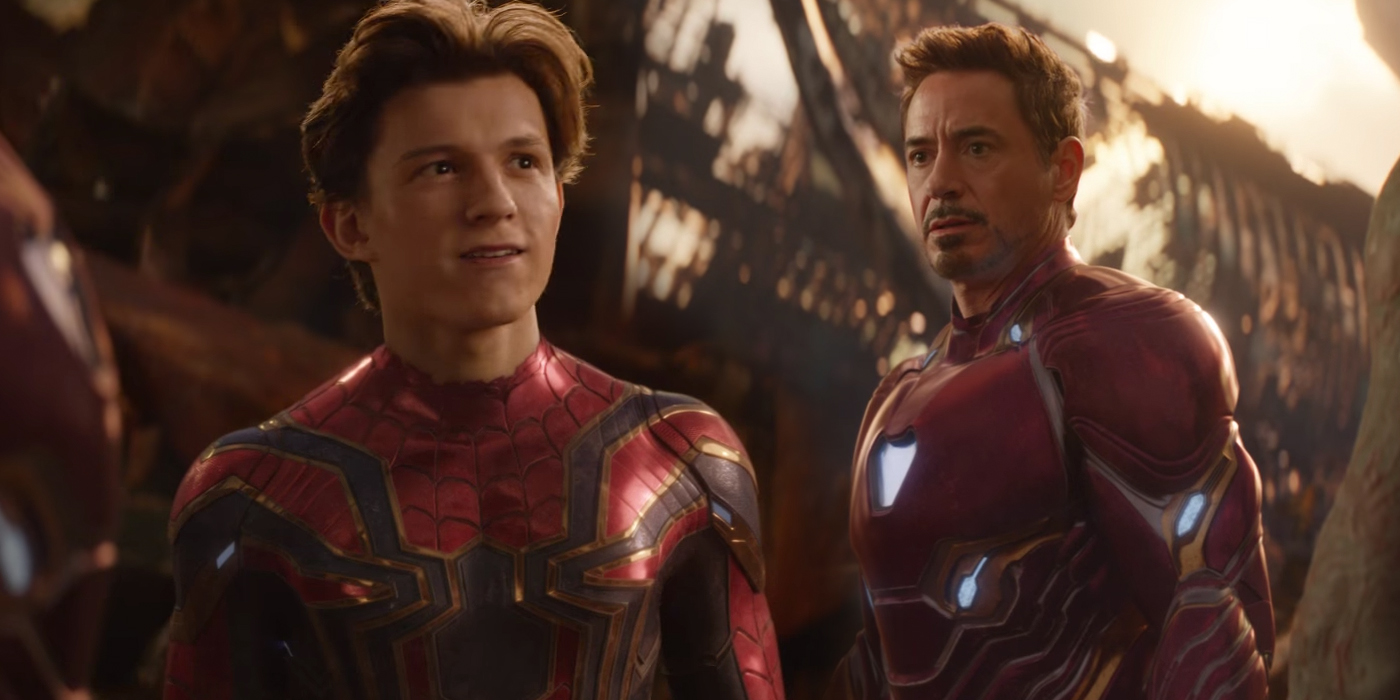 As I mentioned in the Spider-Man entry, an exchange near the end of the movie brought a professional film critic to tears sitting right next to me. And his fluid back-and-forth early on with Dr. Strange was almost funny enough to make the movie less heartbreaking.

Elizabeth Olsen as Scarlet Witch has taken huge strides from her previous appearance in Captain America: Civil War. She is no longer a helpless newbie, but she is a force to be reckoned with – both in her 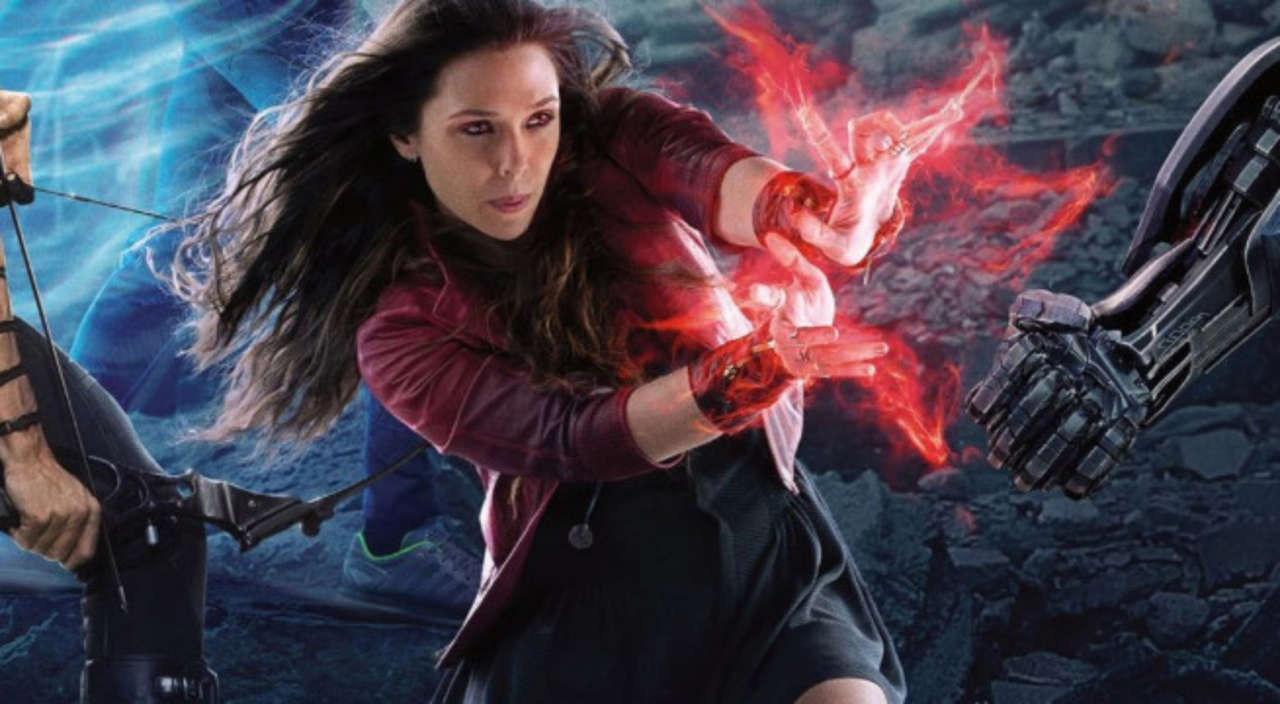 character’s abilities and her prowess as an actress.

But – a relationship she entered between Civil War and Infinity War revealed early on in the film might make you a bit uncomfortable if you think about it too much. (Don’t worry, the relationship isn’t with Thanos, who looks like someone left Grimace sitting in the sun for a couple days).

This isn’t the comic books. Lady Death doesn’t make an appearance. The beautiful, complex tapestry of Thanos’ past is not incorporated into the film, and his motivation for doing what he does is not as good as it is in the comics.

You know what else was better in the comics? HE DIDN’T LOOK LIKE SHREK MIXED WITH A TURNIP. 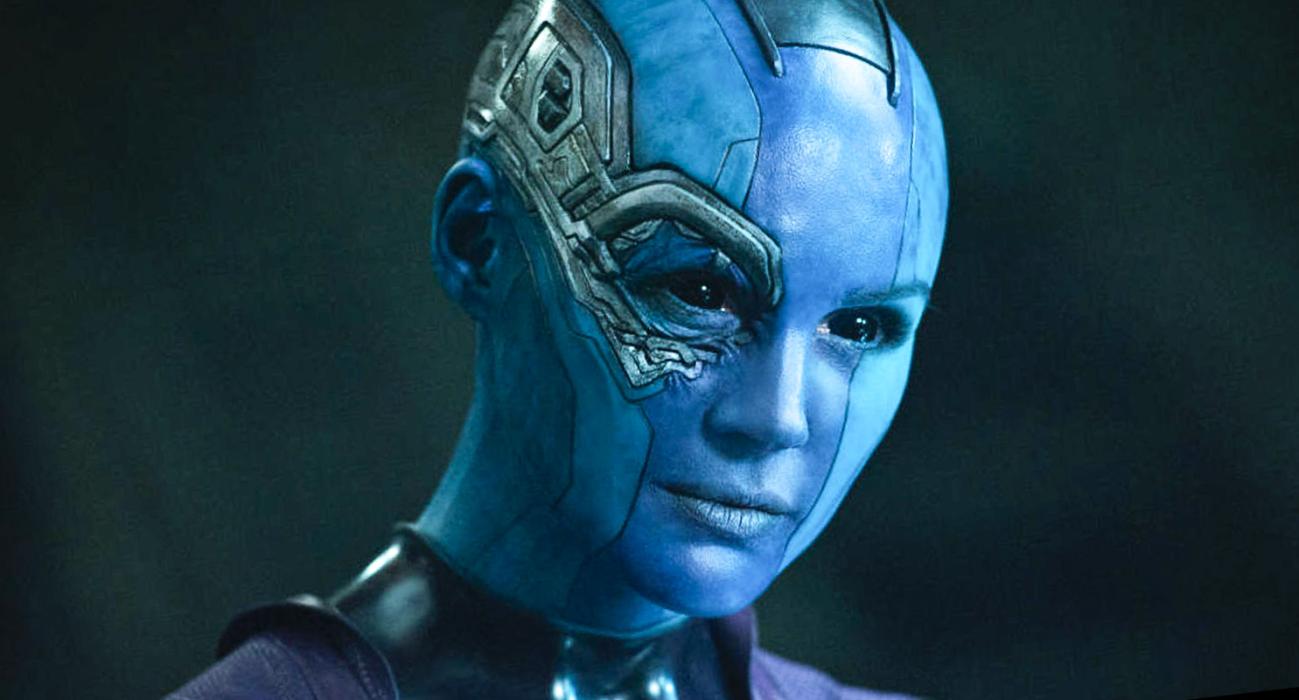 Karen Gillian’s portrayal of Nebula is also worth mentioning, but that’s probably just because I love Karen Gillian.

History buffs will note a big battle scene late in the movie draws tons of parallels to the Spartans' last stand at Thermopylae, with a similar end result.

But the real MVP of the movie has to be Spidey and Iron Man’s new suits, and some new toys Dinklage and the Wakandans make.

I’M NOT KIDDING. STOP READING NOW IF YOU DON’T WANT A SPOILER.

You will see four major characters die in the first half of the movie – two of them within the first 15 minutes. I will do you the favor of not revealing the names, but you will never see it coming.

The last thing you see in the movie is Nick Fury making a last-ditch call to Captain Marvel, followed by a black screen showing the text “Thanos will return."

By the way, I don’t know if I mentioned this, but Josh Brolin’s chin is bad.