A precautionary boil water notice was issued for 13 communities after a water main break caused a loss of pressure Saturday morning.

Map of where 935,000 Metro Detroiters are impacted by leak in GLWA’s largest water main

Detroit police searching for 3 suspects who stole money, Chrysler 300 after luring man from a nightclub

Learn everything you need to know about coding for under $40

Michigan doesn’t have death penalty, but it is available in homicides prosecuted in federal court

Shannon and her mother, Rachel Timmerman, were last seen at Timmerman’s parents’ home in Cedar Springs, Michigan, on June 3, 1997.

Timmerman was going on a date with a man, and he asked her to bring Shannon along. They planned on only being gone a few hours, but neither ever returned home.

Timmerman was found dead a month later, on July 5, 1997. Her body was found bound with a chain and weighed down by cinder blocks. Duct tape was found across her eyes and mouth. Marvin Charles Gabrion was tried and convicted of murdering Timmerman. 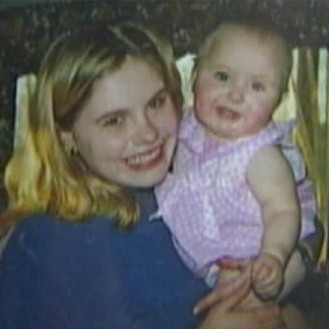 On Aug. 7, 1996, Timmerman went to her mother and told her that Gabrion had raped her. She said she was afraid to press charges because Gabrion said that if she did, he would kill her and her baby. That afternoon, she reported the rape to the Newaygo County Sheriff’s Office, according to court documents from 2013. Two months later, Gabrion was charged with rape. It took another three months before he was found and taken into custody.

Gabrion was arrested on Jan. 20, 1997. They gave him an arrest warrant that named three witnesses for the rape charge. He was held in jail until a friend posted bond for him on Feb. 3, 1997.

Twice in May of that year, Timmerman reported to the sheriff that she had encountered Gabrion and said she thought he would kill her. During this time, a friend of Gabrion’s repeatedly called Timmerman to ask her out on a date. Timmerman did not know the man was calling because Gabrion had asked him to.

On June 3, 1997, two days before the trial, Rachel told her father that she was going on a date and would be home in a couple of hours. She said she was bringing her baby because the man had asked her to.

Gabrion was scheduled to be tried in court for the rape on June 5, 1997, but that trial did not happen. Two days before the trial was set to begin, Gabrion abducted Timmerman and took her to a remote location in the Manistee National Forest, and killed her, according to court documents.

Gabrion bound and gagged Timmerman before weighing her down with concrete blocks. He put her in an old metal boat and threw her overboard, while alive, into the shallow, weedy lake, where she drowned.

While the body of Timmerman’s 11-month-old daughter has never been found, it is believed that Gabrion killed her. In 2006, Timmerman’s mother said she would prefer to spare Gabrion’s life if he would tell police where to find Shannon’s remains, according to the Associated Press.

According to the court documents, while Gabrion was awaiting trial for Timmerman’s murder, he gave another prisoner a map of Oxford Lake, on which he had written, ‘body of 3, 1 found.’ The court documents also said Gabrion told two inmates that he ‘killed the baby because there was nowhere else to put it.’ Gabrion was convicted of murdering Temmerman on federal property on March 5, 2002. During the penalty phase of the trial, 58 witnesses testified against Gabrion.

According to court documents, the testimony concerned his future dangerousness and his presumed murder of three other people. Officials suspect Gabrion of murdering three people: Wayne Davis, a witness to the rape; John Weeks, a witness to Timmerman’s murder (who disappeared 18 days after the murder); and Robert Allen, who vanished before Gabrion assumed his identity and began stealing his disability checks.

Witnesses described Gabrion’s propensity for violence. Two witnesses said their homes had been set on fire after they had disagreements with Gabrion. another witness said Gabrion shot at his house after he told Gabrion to leave a party. Another witness said Gabrion aimed a rifle at her and her 2-year-old child as she walked to his car -- then followed them for two miles. There were many accusations listed in the court document.

Following the penalty phase, Gabrion was sentenced to death. He has continued to appeal that sentence.

'Gabrion committed the murder in an especially heinous, cruel, and depraved manner'

“A Michigan man sentenced to death nearly 20 years ago won a key decision Thursday to extend his efforts to overturn the punishment.

“Marvin Gabrion can appeal four points, including claims that his trial lawyers were ineffective at the 2002 trial in federal court in Grand Rapids, the 6th U.S. Circuit Court of Appeals said in a 2-1 order.

“Gabrion, now 66, was convicted of killing a woman in a lake in a national forest in Newaygo County, north of Grand Rapids. Michigan doesn’t have the death penalty, but it is available in homicides prosecuted in federal court.

“The location of Rachel Timmerman’s death was the key factor in how the government got involved. Prosecutors said Gabrion killed her to prevent her from testifying against him in an assault case.”

The audio below is from the United States Court of Appeals from that Sept. 10, 2020 hearing. The court document can be viewed here.

Anyone with information should contact Michigan State Police at 231-873-2171.