Answering COVID vaccine questions: Are there any effects on women who are breastfeeding?

ANN ARBOR, Mich. – In 1971, music icons descended upon Ann Arbor for one cause -- to protest the imprisonment of Michigan political activist John Sinclair.

The John Sinclair "Freedom Rally" was organized after Sinclair was imprisoned for possession of marijuana. The rally ended up being bigger than originally thought.

The event was held at Crisler Arena at the University of Michigan on Dec. 10, 1971. Here's who performed in support of Sinclair:

After the rally, Sinclair would be granted freedom by the Michigan Supreme Court. The events eventually inspired Ann Arbor's annual Hash Bash rally.

Also see: A new book by Peter Andrews talks about the Ann Arbor music scene, including the Freedom Rally.

Watch Alex Atwell's Uniquely Detroit feature story on the "Freedom Rally" in the video player above. Check out an earlier profile on Sinclair below:

Below is a copy of the contract John Lennon signed to perform at the rally.

The contract states he would be paid $500 to perform. Lennon wrote "To be donated to John Sinclair" on the contract. 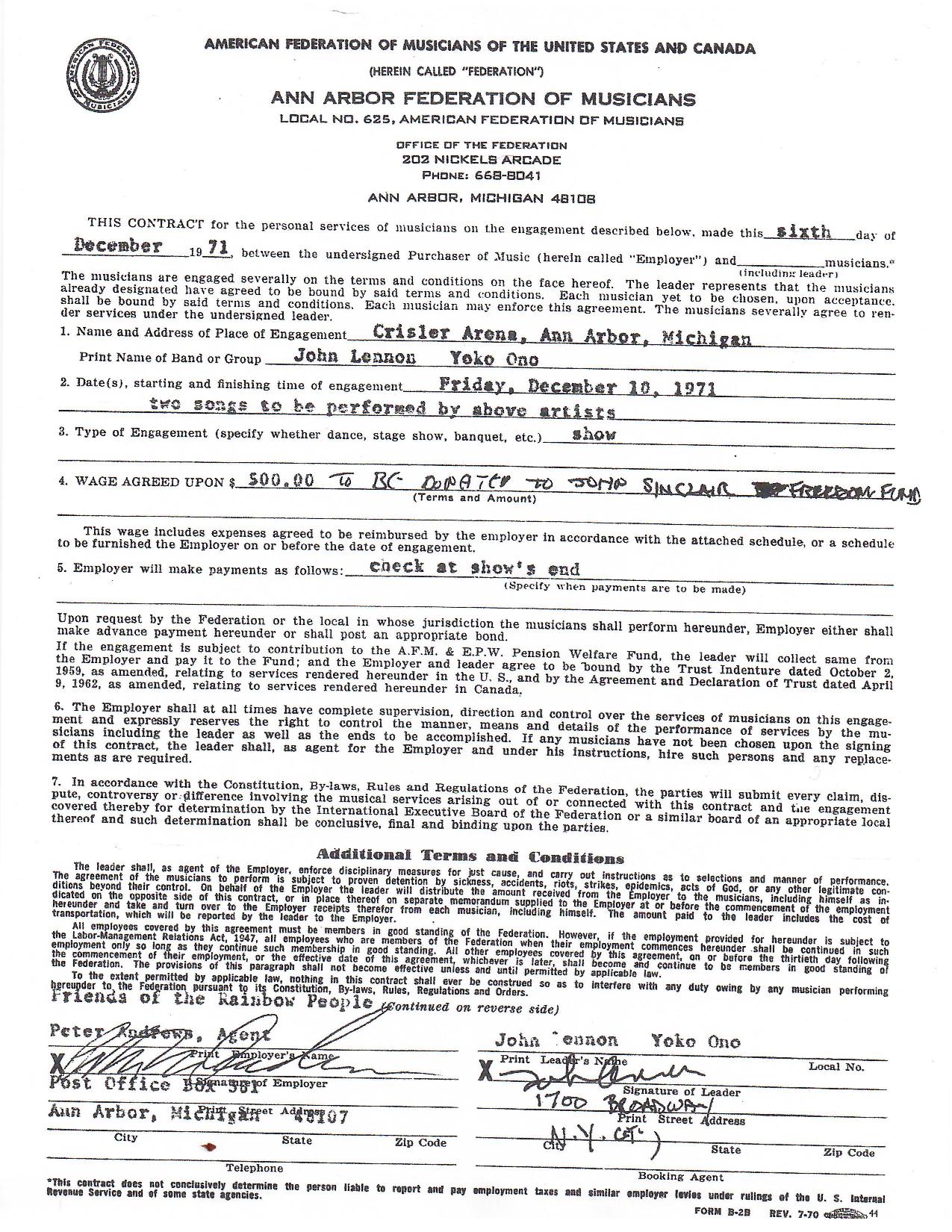