Asperger's Are Us comedy troupe coming to Detroit

DETROIT – They’re the country’s first comedy troupe with all 4 members landing on the autism spectrum…but they don’t want you to see their show out of pity, they want you to come to laugh. Asperger's Are Us is making a pit stop in Detroit.

Jack Hanke, Ethan Finlan, Noah Britton and New Michael Ingemi have Asperger Syndrome, which impairs social and communication abilities. The Boston natives met at a camp for people with Asperger's nearly a decade ago. They’ve been performing sketch comedy for nearly six years. The quartet draws on their unique outlook on the world to create sketches that entertain and amuse.

"When you have Asperger's, you can do things that are really, really great," said member New Michael Ingemi. "Not in spite of autism, but through it."

The comedy troupe was featured in a documentary about how they prepare for a show. Asperger's Are Us: A True Story debuted on Netflix last fall and is available now. 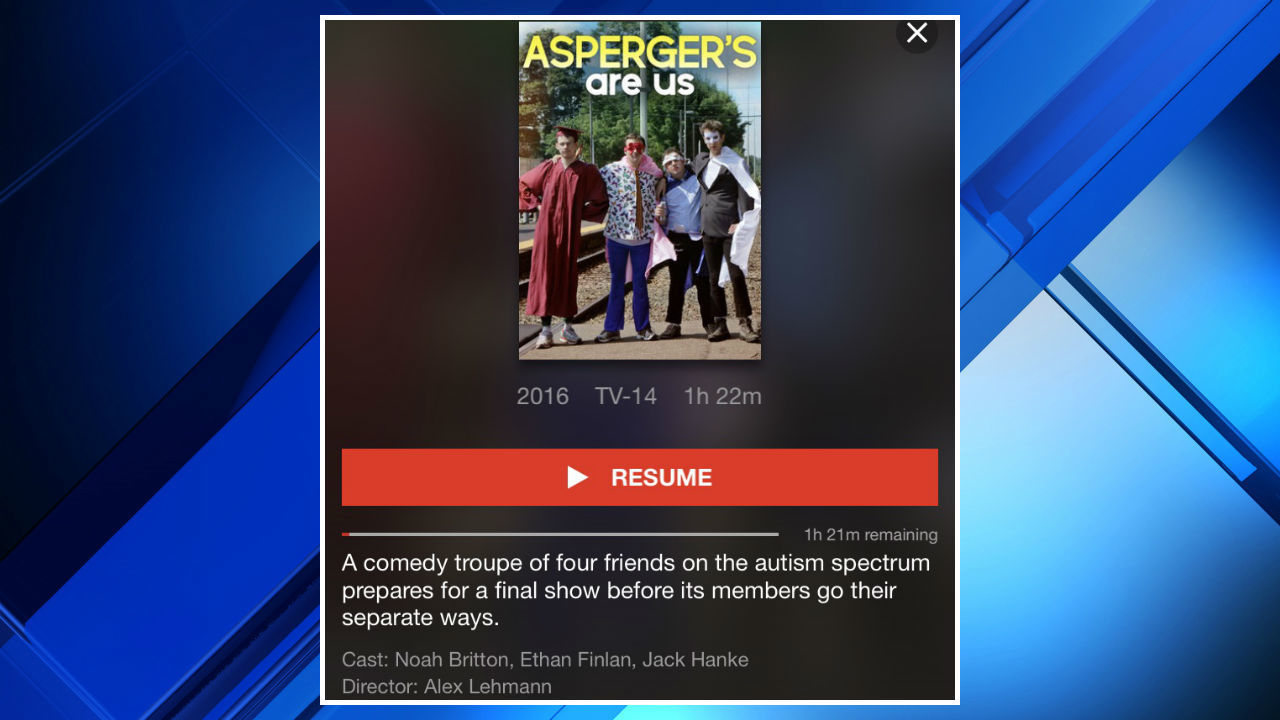 The comedy troupe does 100 percent of their writing, booking, performing and tour planning.

If you come to see the show, don't expect them to make fun of themselves or the challenges they face. They say Asperger's Are Us isn’t an awareness campaign or a charity. Do expect absurdist, satirical sketch comedy that draws on dead-pan humor and word play.

"The only time we reference autism at all during the show is when we really just do a satire of our audience," Britton told the News Observer. "The rest is just us using our autistic brains -- the literal sense of humor, the wordplay the absurdism that a lot of people with Asperger's have."

People with Asperger's have a tendency to understand wordplay in a literal sense. One sketch, called "Breast Implants?" draws on this perspective. The sketch goes something like this: two actors discuss their new breast implants, when another enters the scene with a package of chicken and a plant. He proudly boasts that he has "breasts and plant!"

The Motor City is one of 20 cities on their North American tour, and they recently wrapped up a string of European shows.

The troupe will perform at the Hilberry Theatre on Wayne State’s Detroit campus at 7:30 p.m. Aug. 3. Adult tickets are $21 and student pricing is $16.