Published: August 29, 2018, 12:46 pm
Tags: 1d4, 1d4 Gaming, Entertainment
1d4 is the nerdy side of ClickOnDetroit. If you have a moment, checkout our new cyberpunk actual play podcast above. And if you enjoy gaming, anime, K-Pop and comics you can see new articles every day on clickondetroit.com/1d4 !

If one minute is too much to ask (you monster) scroll to the bottom for the summary!

Last night I played through all of "Dead Living Zombies," the newest DLC from "Far Cry 5." It is also worth noting that it was released yesterday. And that I didn't realize it was available for download until after dinner. Which I ate at 8:30.

If you've been following "One Minute Reviews" then you know I have a rule about the value of a video game. A video game can be as expensive or as cheap as the publishers want, so long as you get at least one hour of entertainment for every dollar spent on the game.

"Dead Living Zombies" costs seven dollars, and yet it somehow fell short of that rather forgiving criteria.

So, yes; it's a quick DLC. There are only seven levels, and they are true levels, rather than five areas that grant the sandbox experience the "Far Cry" franchise has become famous for. More replayability is meant to be had as these levels are played through again in co-op, but given that with the exception of the very rare boss there's only one type of enemy and that enemy is easy to defeat, there's nothing worth experiencing with another player. 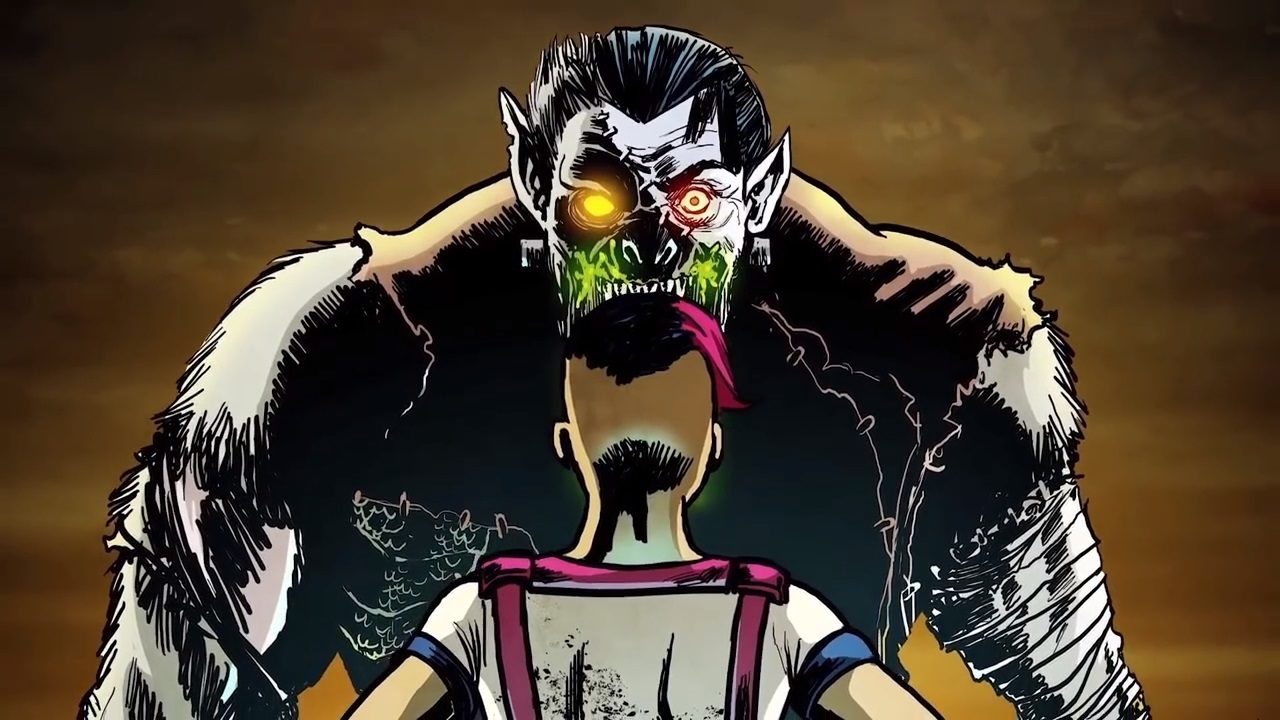 If you thought you were going to get a chance to tangle with whatever this is, prepare to be disappointed.

The levels are presented to the player as the imagination of a hack film producer who is trying to sell his pitch for a zombie movie to various Hollywood types. If this seems like it's going to be a kind of delightful "Grand Theft Auto" styled parody then you are half right; that is clearly what they wanted to be but they could not master the "delightful" part.

What we actually got was the worst thing a video game can be: boring. The idiotic film director (and the game's unfortunate narrator) is not charming, or funny, or anything that would give us reason to find his dumb ideas as anything other than tedious. Have you ever have someone tell you a really bad joke and then stare at you, desperately hoping for a laugh? That feeling is the entirety of "Dead Living Zombies."

On a grouchy side note: I read IGN's review of "Dead Living Zombies" and the one thing they loved was the narrator. Dear Lord why? Since when did people start mistaking obnoxious for hilarious? Here's a quick comedy lesson: A crass customer making a scene in a fancy restaurant is funny because that person's presence is forcing a bunch of snobs to deal with life outside of their social norms. The annoying customer becomes an accidental hero because they are a being a nuisance to people who use very specific manners to exclude others.

In this DLC, however, the obnoxious guy is harassing people who are hearing out his awful movie pitches out of kindness. This is why it is not at all satisfying to play through the story. Every time you hear the narrator's voice you're reminded that this is actually the story of a jerk bothering some decent people.

The truly unfortunate thing is that I wanted to like this DLC. I actually really enjoyed "Hours of Darkness," and while I had a lot of problems with "Lost On Mars" I did get what they were going for. "Dead Living Zombies," however, is just a continuation of the trend to simplify enemies, ignore plot, and put less effort into their product.

That's one minute! Here's our summary: