L’Anse Creuse Public Schools board debates over school of choice

A new study highlights just how unsafe some of Michigan's beaches are for swimming.

The Environment America Research & Policy Center released a comprehensive look at beach pollution around the county.

The study looked at multiple pollution factors. An analysis of bacteria sampling data from beaches in 29 coastal and Great Lakes states and Puerto Rico reveals that 2,627 beach sites – more than half of all sites tested – were potentially unsafe for swimming on at least one day in 2018, and 610 sites were potentially unsafe at least 25 percent of the days that sampling took place. The top pollution causes were:

According to the report, 120 tested beach sites were potentially unsafe for swimming on at least one day in 2018.

In 2018, 207 beach sites were sampled in Michigan. Of beaches where sampling took place, tests at 120 indicated potentially unsafe levels of contamination on at least one day.

A sampling site at St. Clair Shores Memorial Park Beach in Macomb County tested as potentially unsafe for 26 days, more days than any other site in the state, and 53 percent of the days that sampling took place.

Here were the 10 beaches with the most unsafe swimming days in 2018: 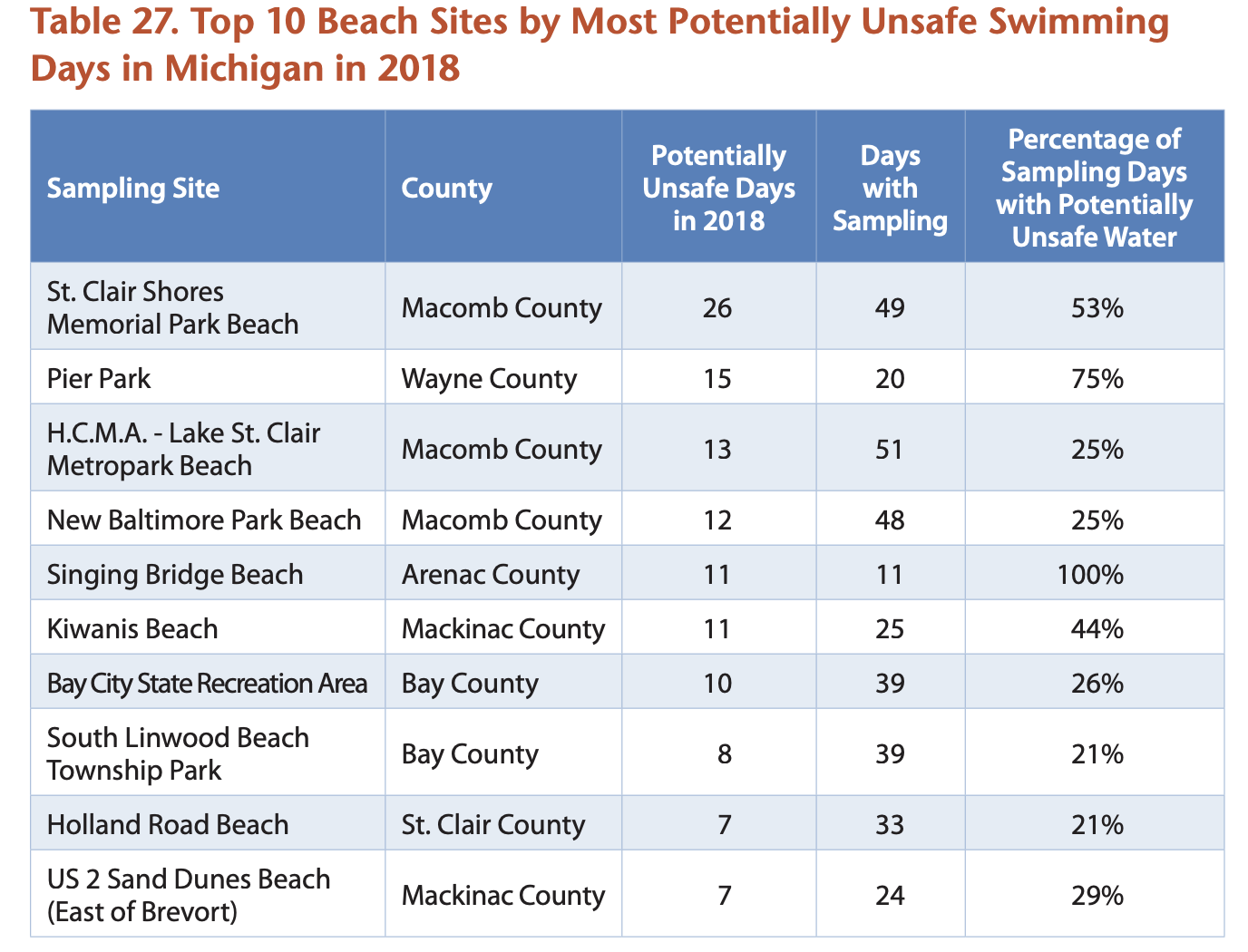 Here's a look at the top 10 Michigan counties with the highest percentage of unsafe swimming days, according to the sampling: 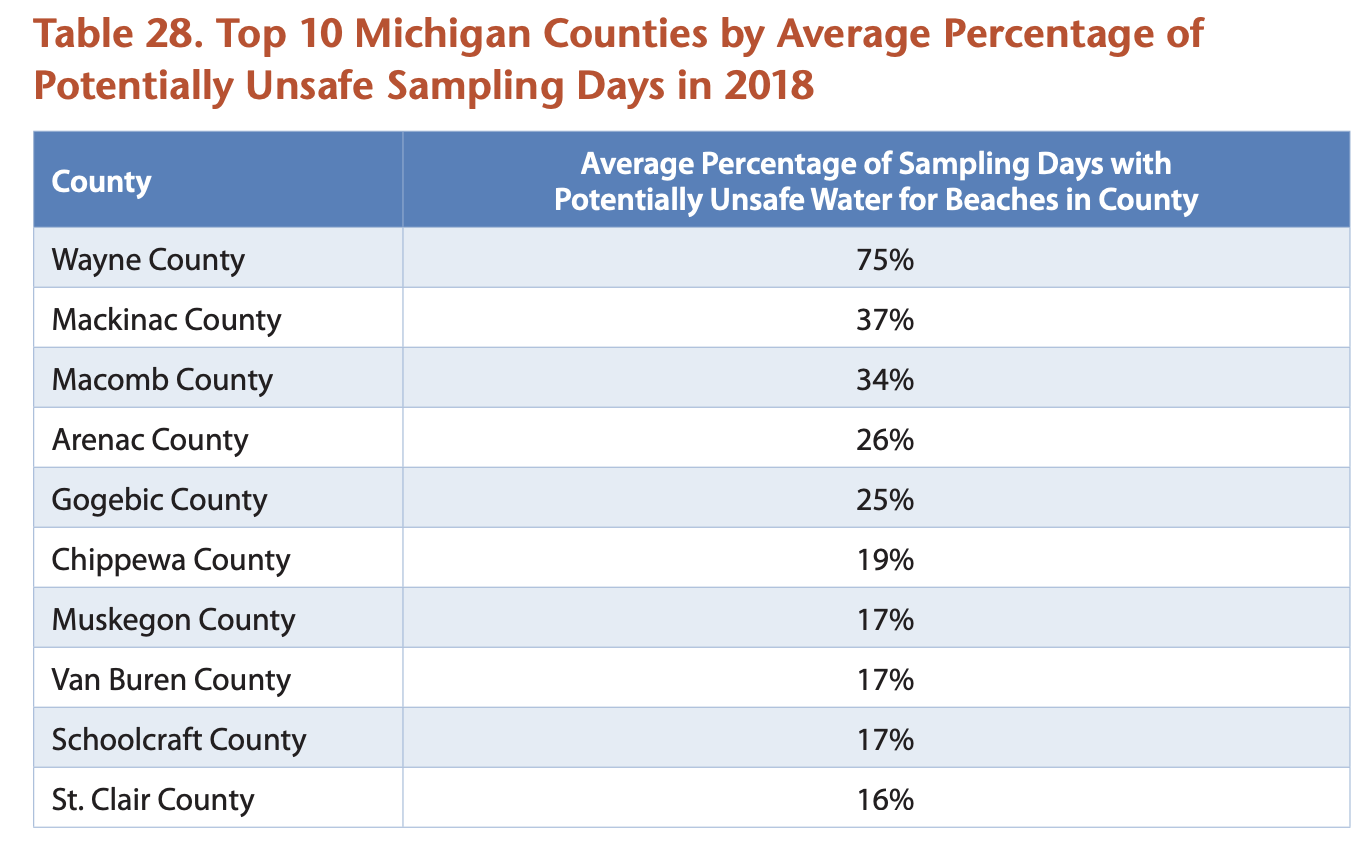 How is the unsafe level determined?

View the full study below: