Toronto hospital says it has confirmed case of deadly coronavirus

DETROIT – It has been three weeks since the beginning of a trial challenging Michigan's voter-approved ban on same-sex marriage.

On March 7, closing arguments were heard by Judge Bernard Friedman, who said he expects to make a decision within two weeks.

While we await that decision, let's take a look back at how we got here:

The trial involves a same-sex couple who is suing the state of Michigan because they cannot marry and jointly adopt their kids under state law.

April DeBoer and Jayne Rowse have been together for eight years and are raising three adopted children who have special needs. Under Michigan's law, they can't jointly adopt the kids because they're not married, which could cause problems if one of the women dies.

In 2004, the state of Michigan enacted the Defense of Marriage Act after it was passed by 59 percent of voters. The act argues that children benefit from living in homes of heterosexual couples. 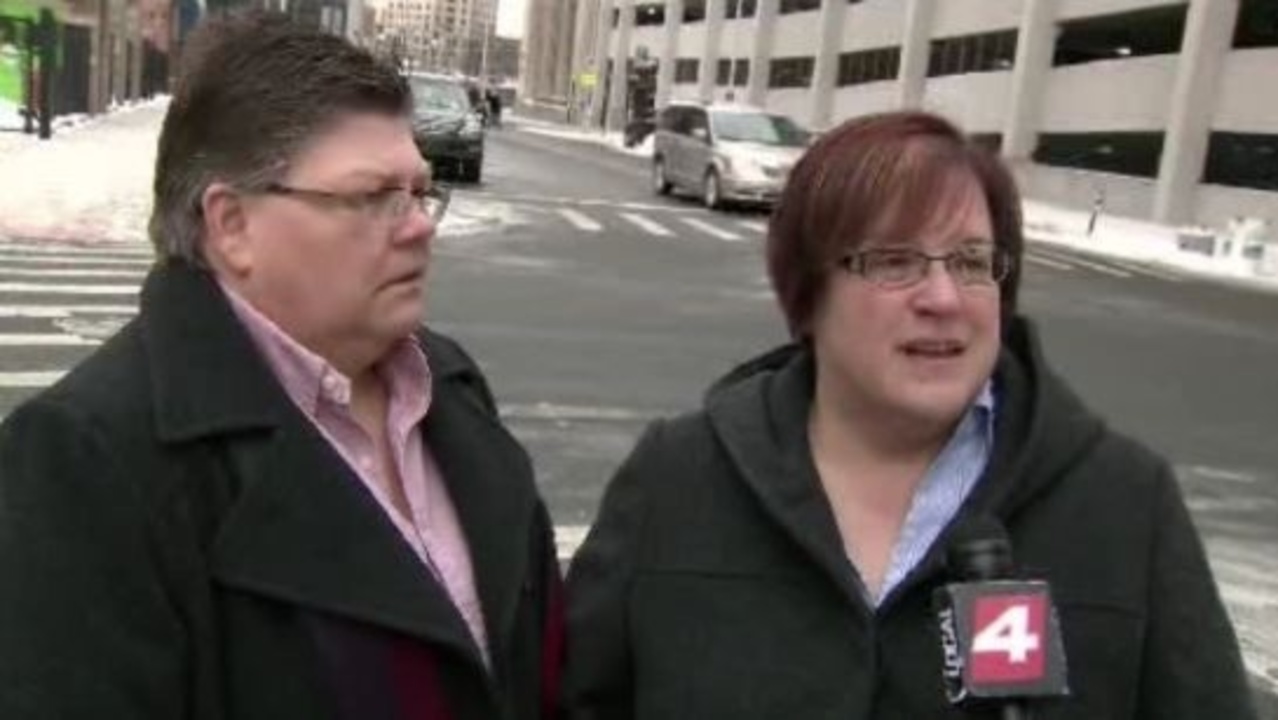 Rowse and DeBoer filed a lawsuit, saying the amendment violates the U.S. Constitution's Equal Protection Clause, which forbids states from treating people differently under the law. But the state of Michigan says there's no "fundamental right" to marry someone of the same sex.

What happened during trial

Science, data, expert testimony and constitutional protections were among the various points attorneys presented before Friedman in the case that has attracted attention because other states with similar bans have ended up in federal court.

The state also offered testimony from Dr. Doug Allen, an academia from Canada. Allen, a Canadian theorist and an expert in crunching and interpreting data, had spent the first 3 and 1/2 hours of his testimony debunking dozens of studies that indicated there is no measurable difference in outcomes if a child is raised by same-sex parents. He debunked those studies with numerous studies of his own that indicated that when you re-interpret the data and include variables other scientists left out, there is a very negative outcome when children are raised by same-sex parents.

Meanwhile, lawyers for Rowse and DeBoer cited a 2005 finding by the American Psychological Association that "not a single study has found children of lesbian or gay parents to be disadvantaged in any significant respect relative to children of heterosexual parents."

"I was struck by the strength of language used in the claims. Typically we avoid absolutist language as social scientists," Marks testified in response to the APA finding.

Yet, sociologist Michael Rosenfeld of Stanford University said "there is no basis" for believing that kids develop better in a household led by a man and a woman.

"It's clear that being raised by same-sex parents is no disadvantage to children," he said, broadly summarizing research in the field.

What could happen if couple wins

DeBoer and Rowse plan to marry if the ruling goes their way.

That's also true for hundreds of other same-sex couples in Michigan. But Larry Dubin, who is a law professor at the University of Detroit-Mercy Law School, believes Friedman will immediately stay his ruling, preserving the status quo until a higher court rules.

Same-sex couples who married in Utah after a recent ruling in their favor were left in limbo when the ruling was stayed two weeks later.

The Michigan Attorney General told county clerks last October that if there is a stay, "You are forbidden by Michigan law from issuing a marriage license to same-sex couples during the pendency of the appeal."

Dubin believes Friedman's ruling could go all the way to the Supreme Court.

The expectation for gay marriage to appear on Michigan ballots again is 2016, especially after the last set of numbers commissioned by Lambert, Edwards and Associates in 2013.

Political operatives will tell you that going into a ballot initiative you need to be polling at least in the mid-50 percent range. According to this latest poll, the numbers in Michigan aren't there yet.

Read back: Voter age may decide if gay marriage passes in Michigan