Vehicle fire closes northbound I-75 after Big Beaver in Troy

FAA: Wayne County Airport Authority should be fined for airfield conditions during 2014 storm

The FAA alleges that WCAA, which operates Detroit Metro-Wayne County International Airport (DTW), failed to follow its FAA-mandated Snow and Ice Control Plan (SICP) during the storm. As a result, it allegedly allowed various DTW airfield surfaces to become unsafe and failed to limit air carrier operations to portions of the airfield where they could safely occur. 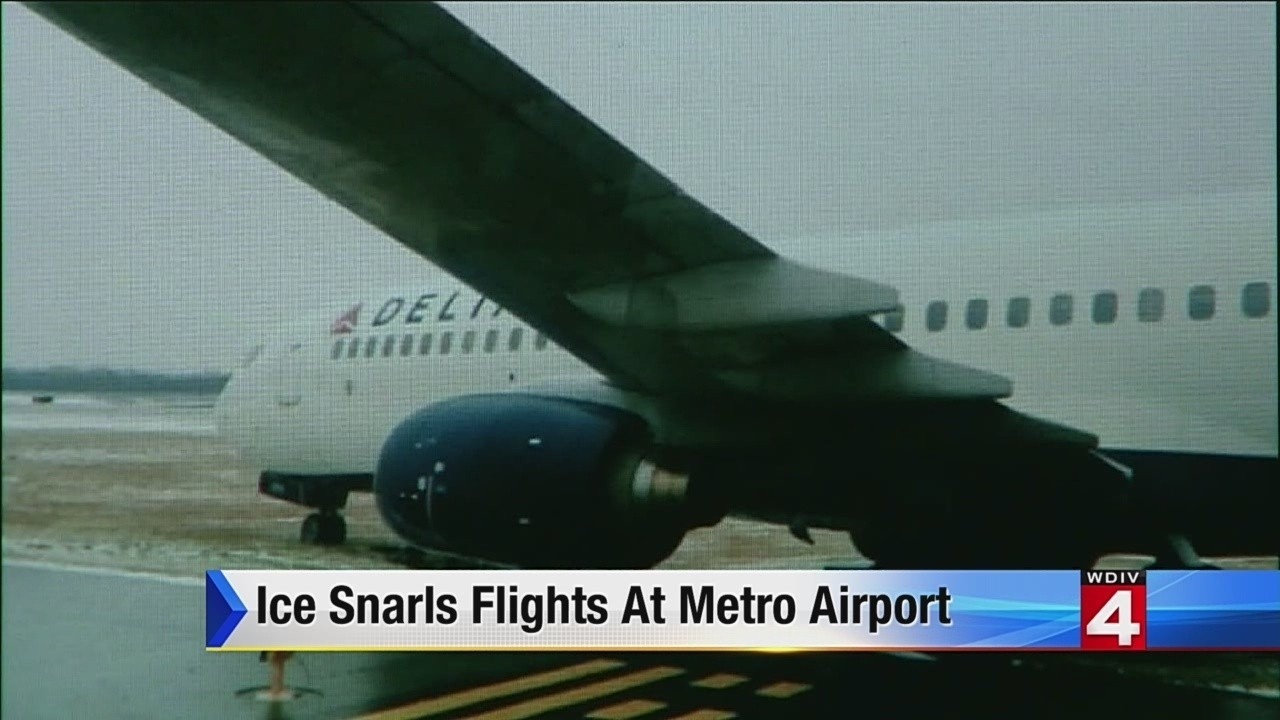 Among other things, the FAA alleges that WCAA failed to treat a taxiway and a deicing pad with deicer fluid. One commercial jet slid off the untreated taxiway and onto the grass, and a cargo jet became stranded due to icy conditions after exiting a runway.

Additionally, three commercial airliners became stranded on the de-icing pad for approximately three hours each due to icy pavement conditions, the FAA alleges.

The FAA further alleges that WCAA failed to notify airlines of changing runway conditions; activate the DTW "snow desk" to coordinate snow removal operations; monitor snow removal operations and issue information about conditions affecting the runways, taxiways and ramp areas; conduct frequent runway inspections and friction tests; provide enough qualified personnel on the airfield to comply with the SICP; and issue a timely notice that a runway was closed.

In January 2014, representatives from the FAA and WCAA met to discuss concerns about winter operations at DTW. Additionally, the FAA issued a warning letter to WCAA in May 2014 for failing to comply with their SICP during a February 2014 storm.

WCAA has 30 days from receipt of the FAA's enforcement letter to respond to the agency.

The Airport Authority has an excellent history of providing a safe and secure airfield at Detroit Metropolitan Airport (DTW) and safety remains our number one priority.

During two extraordinary weather events in February 2014 and November 2014, there were certain deviations from the WCAA's Snow and Ice Control Plan.

The Authority has already addressed and corrected its procedures. Over the last two snow seasons, and for the next two years, the Authority has and will be adding $13 million worth of new or upgraded heavy snow and ice equipment. Detroit Metropolitan Airport has also added nine employees to our hard-working and professional maintenance team to address snow and ice control. Further, four new operations personnel and scheduling adjustments have been added to enhance airfield monitoring during these events.

The events that precipitated this investigation occurred in extraordinary circumstances.

For instance, in the November 22, 2014 event, prior to the precipitation, airport maintenance applied 9,700 gallons of liquid pavement de-icer and 24 tons of "hot" sand to the airfield between 3:30 and 6 a.m. yet the relentless subsequent ice storm created slippery conditions.

In the February 5, 2014 event, two regional jets became stuck in snow after turning onto untreated taxiways and one private Beechcraft pilot turned onto a Fire Access Road instead of a treated taxiway as he had been instructed by the control tower.

The Airport Authority is committed to working cooperatively among all of its departments, with its airline partners and the FAA to continue to fine-tune and improve winter weather procedures.

The FAA approved snow plan for this season was a collaborative effort among the FAA region, the control tower in Detroit and all airlines serving DTW.