Get $20 off a pair of Apple AirPods Pro

Motown Museum announced Monday it will undergo a $50 million dollar expansion which will grow the museum to a 50,000 square-foot attraction.

The museum organizers are working to make it a "world-class tourist destination."

Here are renderings of what the museum would look like after the expansion: 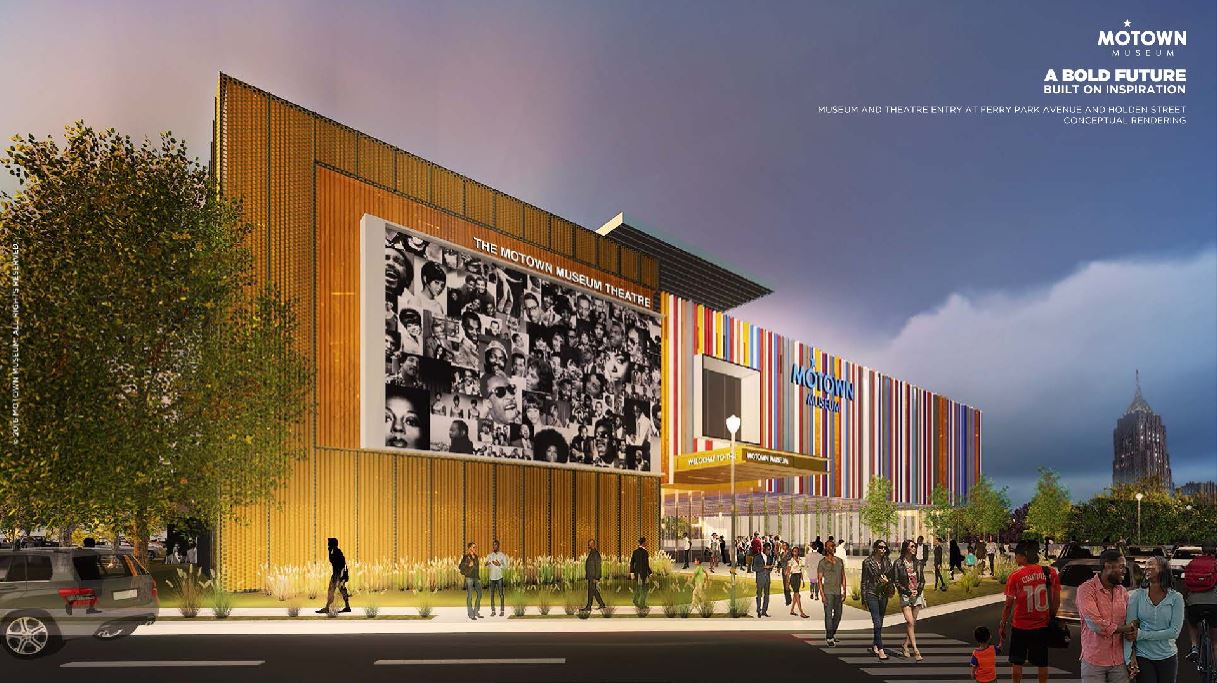 From the museum's press release:

The new Motown Museum will be designed and built around the current Museum space and the cherished Hitsville U.S.A. house. Robin R. Terry, Chairwoman and CEO of Motown Museum, made the announcement.

“Our goal is to bring an expanded Motown Museum to the world, to inspire dreams and serve as an educational resource for global and local communities while creating an international mecca of music and entertainment history,” said Terry. “This expanded facility will be an exhilarating national and international tourist destination which will allow us to narrate and celebrate on a much larger scale what the Motown legacy is recognized for: unmatched creative genius that transcends every barrier imaginable by bringing people together from all walks of life to share in that unmistakable Motown Sound.”

Founded by Berry Gordy, Motown is the sound that changed America and one of the most significant musical accomplishments of the 20th century. Motown became a hit factory—transforming young singers and musicians into brilliant performers and superstars.  With more than 180 number 1 hit songs worldwide, no other record company in history has produced so many iconic entertainers or had such an enormous influence on popular culture.

“When I look back on that magical time in Detroit, I’m reminded of how a company, based on love, fairness and competition, came together to create something special.  It was about music and so much more,” said Berry Gordy, Founder of Motown. “It brings me real joy, and I am proud and humbled to know that the inclusive legacy of Motown, and the most talented people who are so near and dear to my heart, will have their stories told in this new Museum.”

In addition to the staggering global reverence it receives, when completed, the new Museum campus will have a transformative impact on its surrounding Detroit neighborhood, providing employment, sustainability and community pride by serving as an important catalyst for new investment and interest in this historic area. The new development will also further raise the profile of the city as an international travel destination.

“When the expanded Museum opens, it will be one of Michigan’s leading cultural institutions and an even greater international tourist destination providing economic growth and regional enrichment,” Terry continued. “Its imprint will be far-reaching by bringing thousands of visitors to Detroit each year along with positive national and international attention.”

Larry Alexander, president and CEO of the Detroit Metro Convention and Visitors Bureau added, “The Motown Museum brings thousands of visitors to Detroit each year to see the historic place where this internationally celebrated story was born. These visitors stay in our great hotels, eat at our diverse selection of restaurants and experience the other incredible attractions that Detroit and Southeast Michigan offers. This exciting expansion will attract more visitors while further raising our region's profile as a must-visit tourist destination.”

A talented team of designers, architects and other creative experts are currently collaborating on the details of the expanded space and its experiences.  Phil Freelon, managing director of architecture and design firm Perkins + Will was engaged to lead the execution of the initial Museum expansion concepts. A President Obama appointee to the National Commission of Fine Arts, Freelon led the design team for the newly opened Smithsonian National Museum of African American History and Culture. Rainy Hamilton’s Detroit-based Hamilton Anderson Associates, a leading multi-disciplinary design firm specializing in environmentally conducive, creative and contemporary design is the architect of record.  Detroit-based Larry Brinker Sr. of the Brinker Group will serve as the construction manager of the project. Patrick Gallagher’s, Washington DC-based Gallagher & Associates, an internationally recognized museum planning and design firm is developing the visitor experiences and exhibition design.