MACOMB COUNTY, Mich. – Residents around Metro Detroit are unsatisfied with the treatment of inmates at the Macomb County Jail, and many want an outside independent investigation into what's going on there.

Local 4's phone lines, email server and Facebook page have been blowing up over an investigation into a woman who was forced to give birth to her son on the floor of a cell at the Macomb County Jail.

When Jessica Preston went to jail medical staff members three times to tell them she was having her baby, they didn't believe her. At eight months pregnant, Preston was told to return to her cell, where she was forced to deliver her son, Elijha, on a dirty floor mat.

READ: Woman describes being forced to give birth on filthy cell floor at Macomb County Jail

Preston's incident is the latest in a string of medical disasters at the Macomb County Jail.

Jennifer Meyers died at the jail when her virus turned into sepsis in July 2013. She was serving a 30-day sentence for failure to pay child support.

In June 2014, David Stojcevski died behind bars at the end of a brutal 17-day drug withdrawal. His 30-day sentence was for failure to pay traffic tickets.

Thousands of people have responded online, asking for a state investigation into the jail.

"It's tragic that somebody loses their life behind bars, and it's even more tragic when a baby has to be born on the floor," state Rep. Peter Lucido, of Macomb County, said.

Lucido said state lawmakers usually don't get involved in local government, but because state money goes into local jails, he would like to see an ombudsman look into complaints at jails statewide.

"Let's be correct about this," Lucido said. "The state has skin in the game when we give money, so those counties have to be accountable in some way, in some capacity, to the state."

Lucido said with two questionable deaths and a birth in a jail that's only three minutes away from a hospital, it's time for more state oversight.

It wouldn't be easy to garner support from enough lawmakers to implement a program to look into jail complaints, but inmates who feel mistreated can file a civil rights violation, which automatically triggers a federal inquiry.

There was a federal investigation following Stojcevski's death, but it resulted in no criminal charges. The report hasn't been made public, but it was released to Macomb County Sheriff Anthony Wickersham and the lawyers who are suing the county. Both said the investigation uncovered problems at the jail, but not criminal intent. Neither side would share specifics about what's in the report.

Preston talks about her case 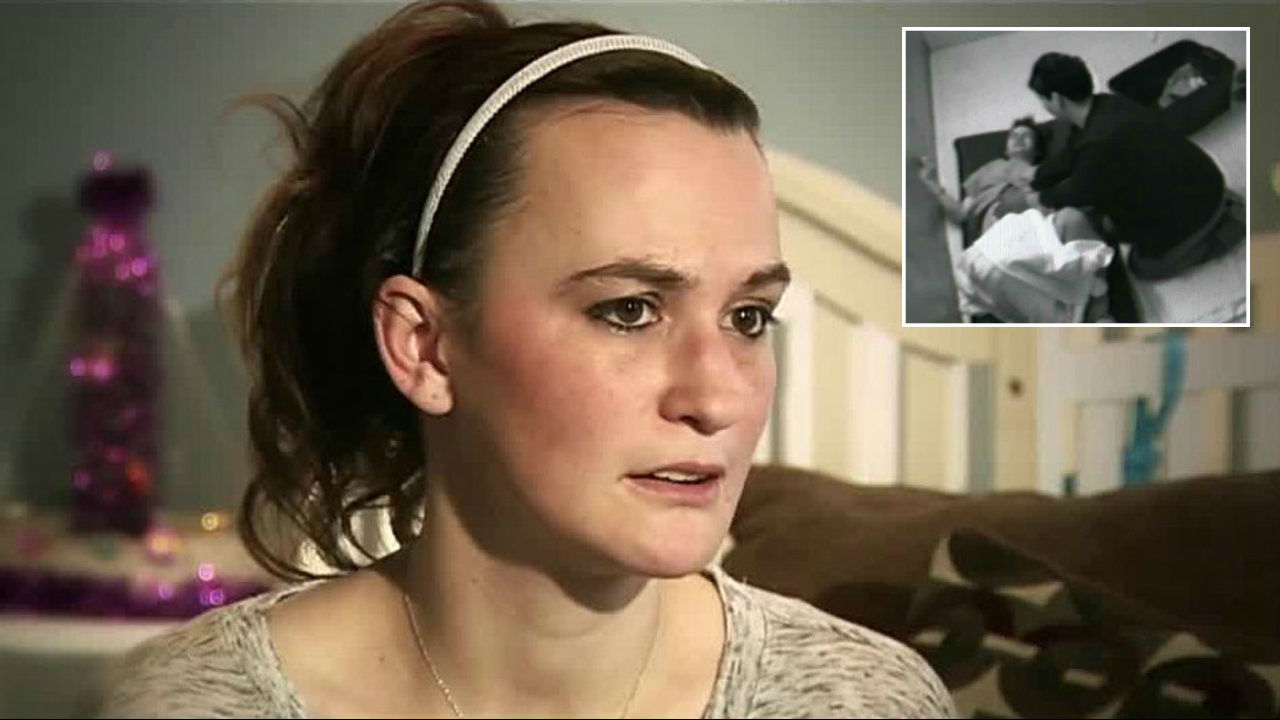 Jessica Preston said it was the most terrifying day of her life when she was forced to give birth to her son on the floor of a cell at the Macomb County Jail.

It's a personal story that's hard for her to tell, but she spoke about what happened with Local 4 Defender Kevin Dietz in the hope that nobody ever has to go through what happened to her.

Preston adores her baby boy, Elijha, but she had been keeping the details of his birth a secret out of embarrassment. Now, she can't keep it quiet anymore.

"I wouldn't want that happening to my worst enemy, anybody else, and that's why I am telling this story," Preston said. "I would never want it happening to anyone ever again."

The story began a few days earlier in Warren. Preston was pulled over because she had a rosary hanging from her rearview mirror. The officer said the cross and beads were an obstruction of view.

But Preston was driving on a suspended license. At eight months pregnant, she was arrested and sent to see a judge.

"About 7:30 (a.m.), you know, you press the little button (and) it buzzes their tower," Preston said. "I told the deputies, I said, 'I'm the one that's eight months pregnant in here, and I think I'm in labor and I need to go down to medical.'"

Surveillance video shows Preston walk to the medical area, where she saw a nurse. There's no audio on the video, but Preston said the medical staff didn't believe her.

"(They said), 'We don't believe you," Preston said. "'We think you're lying and you're not in labor. We'd be able to tell. There are certain things that are more apparent, so go back to your cell.'"

Video shows Preston leaving the medical area and going back to D block, where she said other inmates were worried.

"One of them got a cool washcloth for my forehead, was dabbing my forehead," Preston said. "One of them was actually previously a registered nurse, so actually, she was rubbing my back during the contractions."

Preston said she hit the buzzer again around 11:30. Video shows her walk to the medical area again.

"This time, they were very rude when they told me they didn't believe me and I was called a liar and told to knock my crap off or they could put another charge on me," Preston said.

Preston returned to her cell, but 90 minutes later she was back with blood running down her leg. The deputy had her pack up and made her carry her belongings to a cell next to the medical area.

Video shows Preston lying down, but not for long. She yelled for help, and when the nurse arrived, the baby was crowning.

It was too late for an ambulance to come, so Elijha was born on the jail cell floor. It was a dangerous delivery that never would have happened if jail medical staff members would have taken Preston to the hospital.

"When I was on the floor, like, 'Please don't let me have this baby in here. Please just call an ambulance,'" Preston said.

"I pushed him out right on the floor. At this point, I was just in complete shock. I could not believe that it had just happened that way." 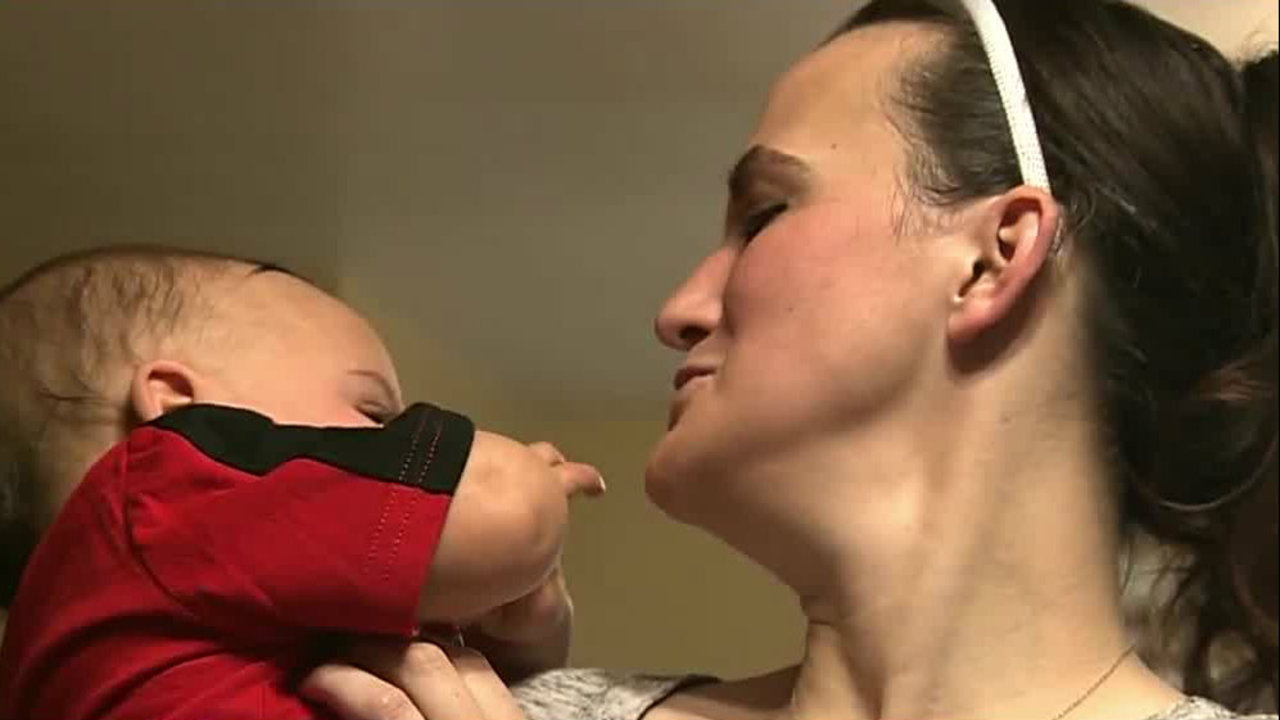 Dr. Frank McGeorge, a qualified court expert on in-custody jail medical cases, talked about what could have gone wrong for Preston and her baby.

"Having a baby in a dirty, nasty place is just not a good thing, because it opens the risk to infections, whether it's the baby or it's the mother," McGeorge said.

Elijha was born a month early and weighed less than 5 pounds.

"When a baby is born very small, there's always the risk that there could be some difficult breathing. Maybe the baby has some kind of congenital problem, and that's why they're small," McGeorge said. "We don't know."

"At this point, (I was) terribly concerned, and just wanting to get to the hospital so that I can make sure I can be physically checked by a real doctor," Preston said. "You know, that I'm OK."

Preston said she could hear her son crying. 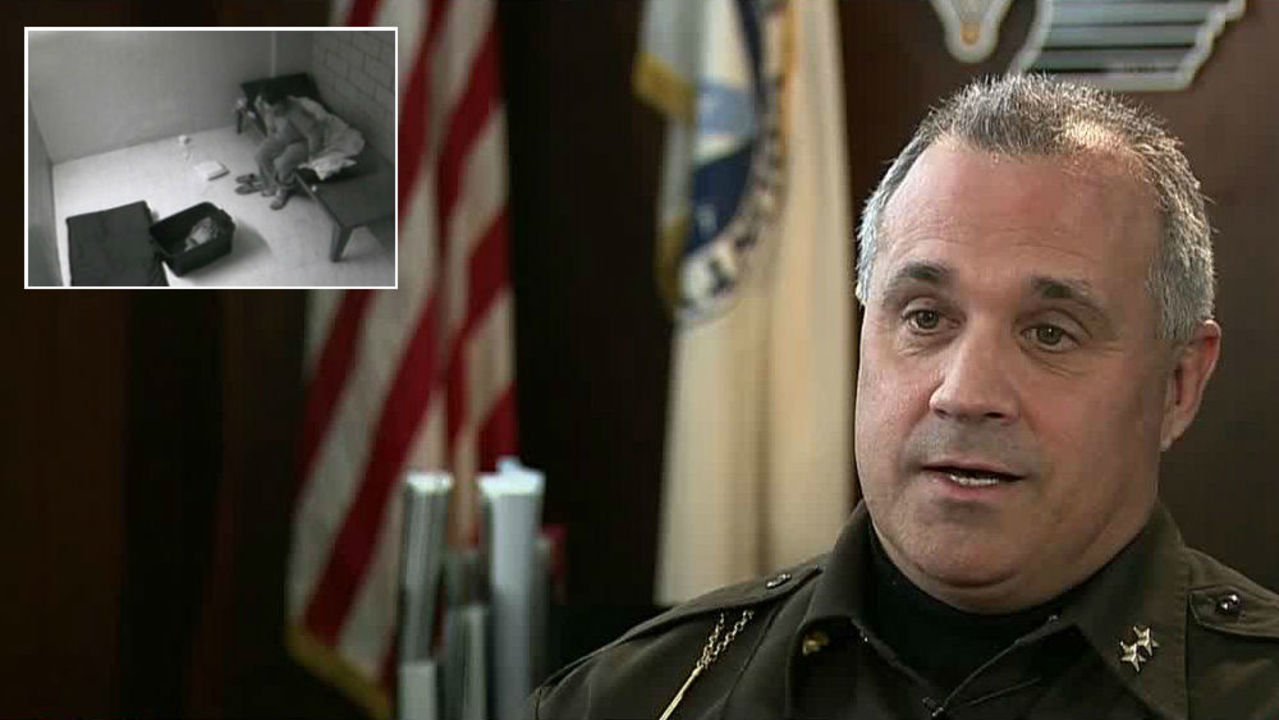 Macomb County Sheriff Anthony Wickersham is stepping forward to address concerns over what led to a Preston giving birth inside the Macomb County Jail.

Wickersham said he is 100 percent confident that the medical staff acted accordingly, admitting it would have been a better situation if Preston had been at the hospital for the delivery. But he said Elijha came too fast, even though on camera, Preston is seen going to medical staff members three times over a seven-hour period.

"Two (employees) were working that day," Wickersham said. "They were on the phone with the doctor. The information at that time, the baby started to come, they took her off the cot, which is close to the wall, put her on the floor on a mattress and the baby was delivered."

"Could we have more medical staff? Should we have a full-time doctor on staff 24 hours a day? Obviously, that is going to cost taxpayers more money to increase that kind of contract."

"Have you requested that?" Dietz asked.

"We put it out to contract this," Wickersham said. "We had one bid. This is the contract. This is the company. It's within our budget. We have to look at that next time up."

The bottom line is that if residents want inmates to have better treatment in the Macomb County Jail, taxpayers need to be prepared to pay for it.

Wickersham said there are 1,200 inmates on any given day, and very few have problems. He said it might look like Preston gave the medical staff plenty of notice on camera, but he's not going to second guess their decision not to send her to the hospital.

Since the Local 4 Defenders' investigation into the Macomb County Jail, more inmates that ever before are being taken to the hospital when there are medical issues.

Macomb County commissioned a study about how to better treat addicted and mentally ill inmates because of the Defenders stories. The results will be presented in April.

The Macomb County Jail has been the focus of a two-year Defenders investigation. On July 7, 2013, 37-year-old mother Jennifer Meyers died in the jail after being sentenced to spend 30 days behind bars for not paying child support. The staff wouldn't take Meyers to the hospital even though cellmates were trying to cool her fever with wet cloths and begged medical staff members to help. After 12 days, Meyers died of sepsis.

"I could feel her dying, and there was nothing I could do," a family member said.

Eleven months later, on June 27, 2014, David Stojcevski died inside the Macomb County Jail. Stojcevski was behind bars to serve a 30-day sentence for failing to appear in court on a traffic ticket for careless driving. He lost nearly 50 pounds in 17 days and died from withdrawal from doctor-prescribed medication. His last 10 days are on video, as jail and medical staff members watched him twitch and seize naked on the cell floor until his body was too weak to take another breath.

"Why don't you call 911 to help him? Why (did) you let him die on the floor, cold, sweaty, asking for help and you guys don't care," Stojcevski's family said.