Those who knew the teacher and worked with him say they cannot believe what he's accused of doing. Police said the business teacher was running the drug house out of his home in Oakland Township.

The Local 4 Defenders learned tips from Oakland University students started to pile up in January 2016. Students were reporting something suspicious was going on at the professor's home.

"Over a period of six months two different anonymous tips with regards to activity that was occurring at this house, parties that were occurring," said Oakland University Police Chief Mark Gordon. "There were references to drugs, illegal drugs, and underage drinking made during the anonymous tips. There was enough consistency between the two of them, from two different people, that we said there's probably something to this."

The Oakland University police say they did all they could with the case but since the allegations happened off campus they had to hand it over to the Oakland County Sheriff's Office. 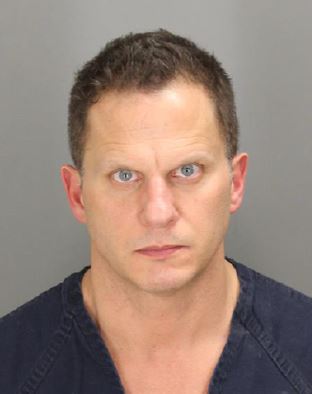 "We investigated, ultimately did a search warrant on his home and discovered ketamine, a very potent drug," said Oakland County Sheriff Michael Bouchard. "Who knows what happens when someone is on this kind of drug. They lose control of some of their faculties, that is a concern."

Students say they did drugs at Schiele's house

According to court transcripts, a 22-year-old female college student told the court she visited the professor's home "at least 30 times" for "partying," "drinking and doing drugs" ... "usually cocaine and ketamine." The woman stated that during one visit she and two other college students would "go up to his room and do ketamine" and that is where they "broke out lines on the TV stand."

A 19-year-old Oakland University student told the court he visited professor Schiele's home "multiple times but no more than 10." When asked what types of drugs the professor provided to him, the teen said "alcohol, marijuana, ketamine."

The Local 4 Defenders requested an interview with the professor or his attorney about these allegations. However, the interview request was denied.

Schiele has taught at Oakland University since 2004. He was tenured in 2010. He was in good standing with the university.

Students at the business school had positive things to say about Schiele as a professor. He has a 3.8 rating on RateMyProfessors.com, where students rate a professor's overall quality based on a scale of 5, with 5 being the highest quality.

Many said they were hoping to get his class next semester.

"He was awesome," said former student Daniel Ross. "He's one of my favorite teachers. I never thought he would do anything like this."

Not many students knew about the charges against this business professor.

"Oh my goodness ... ketamine? I was thinking like Adderall or weed, or something. That's a big jump. Wow," said student Nichole Hill.

The question now: Who knows what really went on inside the professor's home? That's what detectives are trying to figure out.

"You look to certain professions of mentors, positions of authority, and they abuse that authority to get young people in a bad situation at a number of levels," said Bouchard.

Schiele is on paid administrative leave. Students who were assigned to his classes this semester had a different professor take over so they didn't lose credit.

Stay with the Local 4 Defenders for more information on this developing case.

Karen Drew is the anchor of Local 4 News First at 4, weekdays at 4 p.m. She is also an award-winning investigative reporter and part of the Local 4 Defenders team.