Drier weather, colder temperatures for second half of weekend -- What to expect

STERLING HEIGHTS, Mich. – Local 4 has obtained video that shows how a massive fire started at the Buff Whelan Chevrolet dealership in Sterling Heights.

The dealership has continued selling cars and trucks since the fire, but the service department is still reeling after Wednesday night's blaze.

Local 4 business editor Rod Meloni has the video and more information about how it connects to the fire.

The video shows the explosive scene as a cleaning service worker scrambles with his hands and pants on fire when a puddle of gasoline burst into flame underneath a floor-washing machine.

You can watch the full incredible video below.

He left and made a 911 call. You can listen to that call here.

In the video, the worker spreads the cleaning fluid at 7:18 p.m. He knocked over a canister with gasoline inside at 7:22 p.m. When he rights the container and walks away, the gasoline spreads all across the floor.

He continued working, and when he ran his cleaning machine right through the gasoline puddle, it sparked a fire. That fire spread into the blaze that caused millions of dollars in damage.

"I didn't mean to go over it, because I knew there was gas," he said in the 911 call. "I tried to go around it and I must have barely touched it, and it exploded."

The fire at first seemed controllable, and the janitor ran for a fire extinguisher. He tried to put it out, but gasoline fires rarely go down easily.

The fire department characterized the janitor's actions as careless but accidental. They said it's a reminder to pay close attention around spilled gasoline.

Fire officials said there won't be any action taken against the janitor. It was not arson, and there was no criminal act.

The dealership is still trying to procure the space where they can fix cars and trucks, but it's going to take some time to get that part of the business up and running again.

Local 4 knocked on the door of the janitor, but even though he was home, he did not answer the door. The cleaning company did not answer calls to find out whether or not the man has been fired. 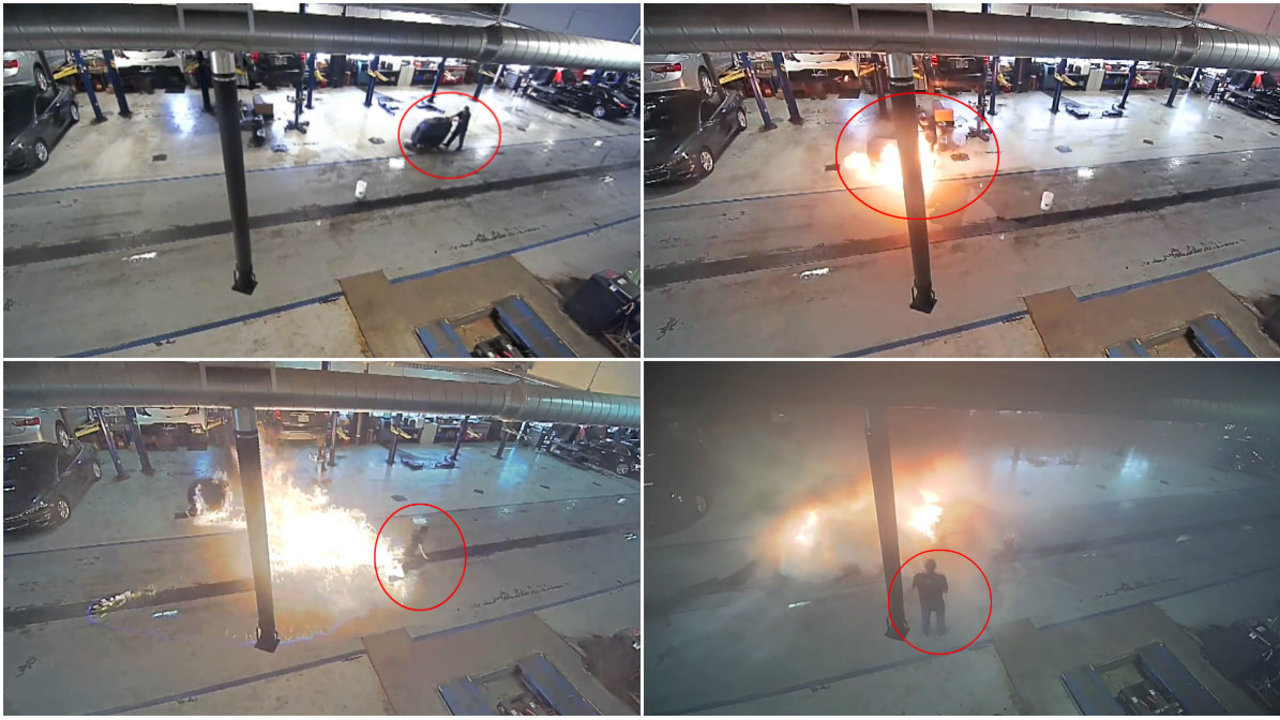