Board ends controversy over Michigan election after certifying results

LYON TOWNSHIP, Mich. – Arson investigators were in Lyon Township Friday morning after a massive fire completely destroyed the Scorpions Motorcycle Club and authorities believe the fire was a cover-up for a break-in.

Authorities said a mini excavator was stolen from a work site about a half mile from the club and was used to punch through the wall of the club. The equipment was being used to install a fence at the Michigan War Dog Memorial.

Investigators believe the target was a safe, which was pulled out of place and broken into. The chapter president, Chris Paige, said there was a total of $150 inside.

The blaze started at about 6:15 a.m. and closed Milford Road between 11 Mile and 12 Mile road for several hours as firefighters responded.

It is unclear if how the fire started.

This is the second fire reported at a motorcycle club this week in Metro Detroit. The Street Royalty Motorcycle Club’s building in Detroit was destroyed in an explosion Wednesday morning. A gas leak is the suspected cause of the explosion and remains under investigation.

The ATF is investigating both the Scorpions and Street Royalty club fires.

“They (ATF) wanted to come out … to check to see if there’s any correlation between the two fires,” Oakland County Sheriff's Lt. Mark Venus said.

It is unclear if the fires are related but the Scorpions chapter president said the motorcycle clubs are getting along.

“There’s no inner way going on,” Paige said. “Everybody is trying to get along.” 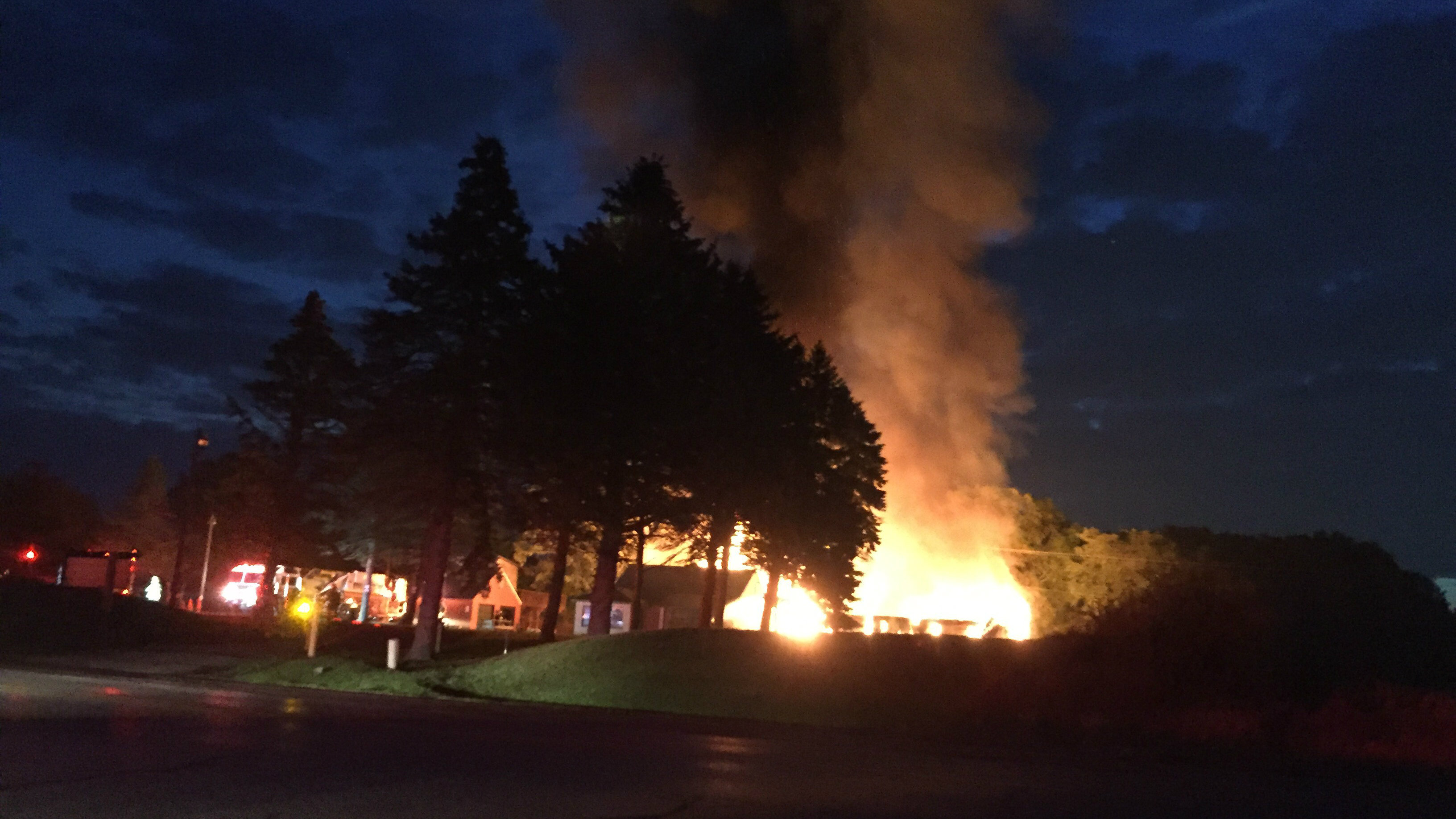 The following video shows the flames mostly doused later Friday morning. The extent of the damage became much clearer in the daylight: