Where Michigan ranks in COVID-19 vaccinations in United States

EAST LANSING, Mich. – The former Dean of the Michigan State University College of Osteopathic Medicine who oversaw a clinic that employed Larry Nassar was charged Tuesday in connection with several complaints from former students and an alleged collection of nude photos on his office computer.

According to the complaint, a search warrant was executed in February and 50 photos were uncovered of female genitalia, nude and semi-nude women, sex toys and pornography.

“Many of these photos are of what appear to be ‘selfies’ of female MSU students, as evidence by the MSU clothing and piercings featured in multiple photos,” according to the complaint.

The collection included a video Nassar performing “treatment” on a young female patient, the complaint said.

The first victim named in the complaint, a 26-year-old student, spoke with the dean about appealing a test score in June of 2011. Strampel denied the appeal.

He allegedly told her that young women can “put-out” for 20 minutes with an old man and in return get a free vacation. The conversation allegedly turned to the subject of nude photographs.

The second victim was summoned to Strampel’s office after falling asleep during a class in 2011. According to the complaint, the student was asked to turn around in a circle twice so that he “could observe her body,” which allegedly happened multiple times.

Strampel allegedly told the woman she needed to dress sexier if she was ever going to make it in the profession and the degrading of her appearance continued for about an hour.

According to the complaint, when the student went back to Strampel’s office in 2013 to discuss her surgical residency at a local hospital, he told her “what do I have to do to teach you to be submissive and subordinate to men?”

Strampel allegedly grabbed her buttocks while waiting to get a picture taken at an awards ceremony in 2014.

The third victim told authorities that Strampel suggested she become a centerfold model after struggling with an exam.

The fourth victim endured similar experiences and alleged Strampel grabbed her buttocks while at the college’s annual ball.

Strampel made comments in support of Nassar in 2016, regarding the allegations of Nassar’s sexual abuse to his patients.

Special independent Counsel Bill Forsyth encouraged anyone with tips related to William Strampeland his alleged criminal behavior, or other incidents to report their information to a tip hotline set up by the Department of the Attorney General. Both the hotline and website accept anonymous submissions. 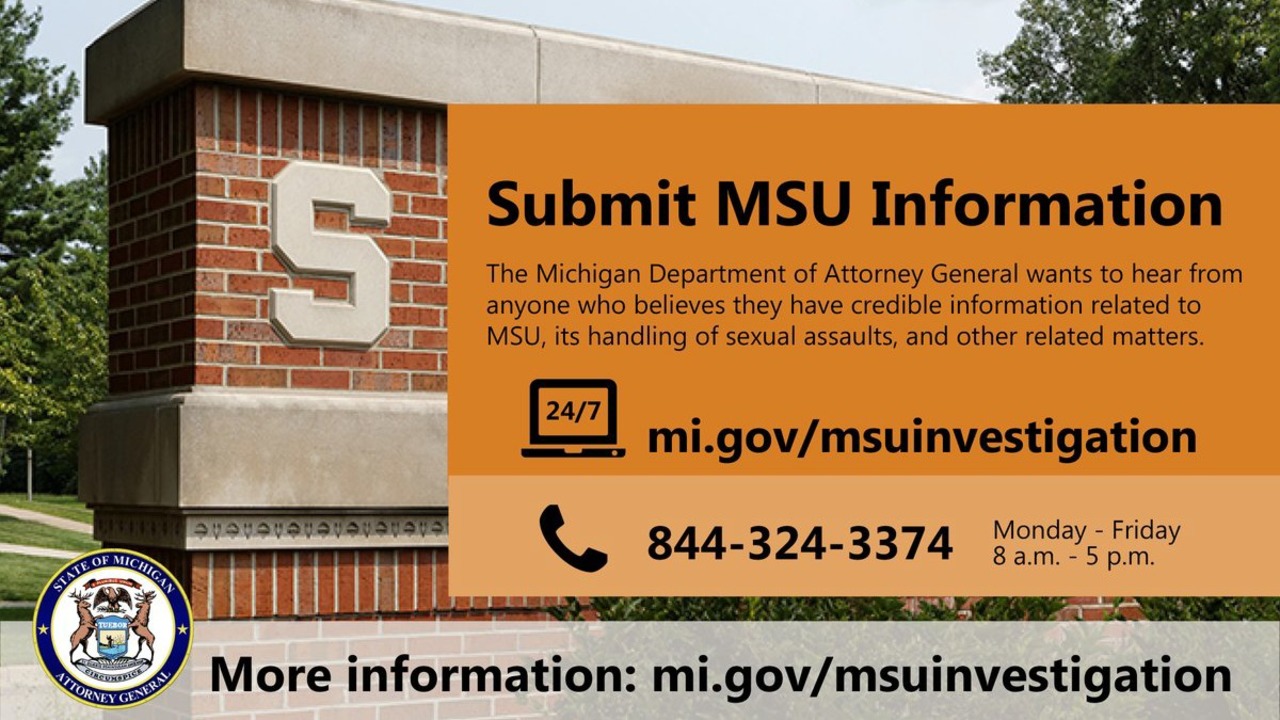