Michigan football: Top 5 players who stood out in win over Florida

Wolverines kick off 2017 season with dominant with over Gators

The first weekend of college football is in the books, and Michigan kicked off the season with one of the biggest wins on the country, knocking off No. 17 Florida in dominating fashion.

It wasn't a clean game for Jim Harbaugh's team, which allowed two defensive touchdowns, had a punt blocked and got called for multiple 15-yard penalties. But overall, the defense dominated Florida and the offense did just enough to start off the year with a victory.

Most of the nation didn't know what to expect from the young Michigan team, but there were several standouts on both sides of the ball. Here's a look at the five who stood out most. 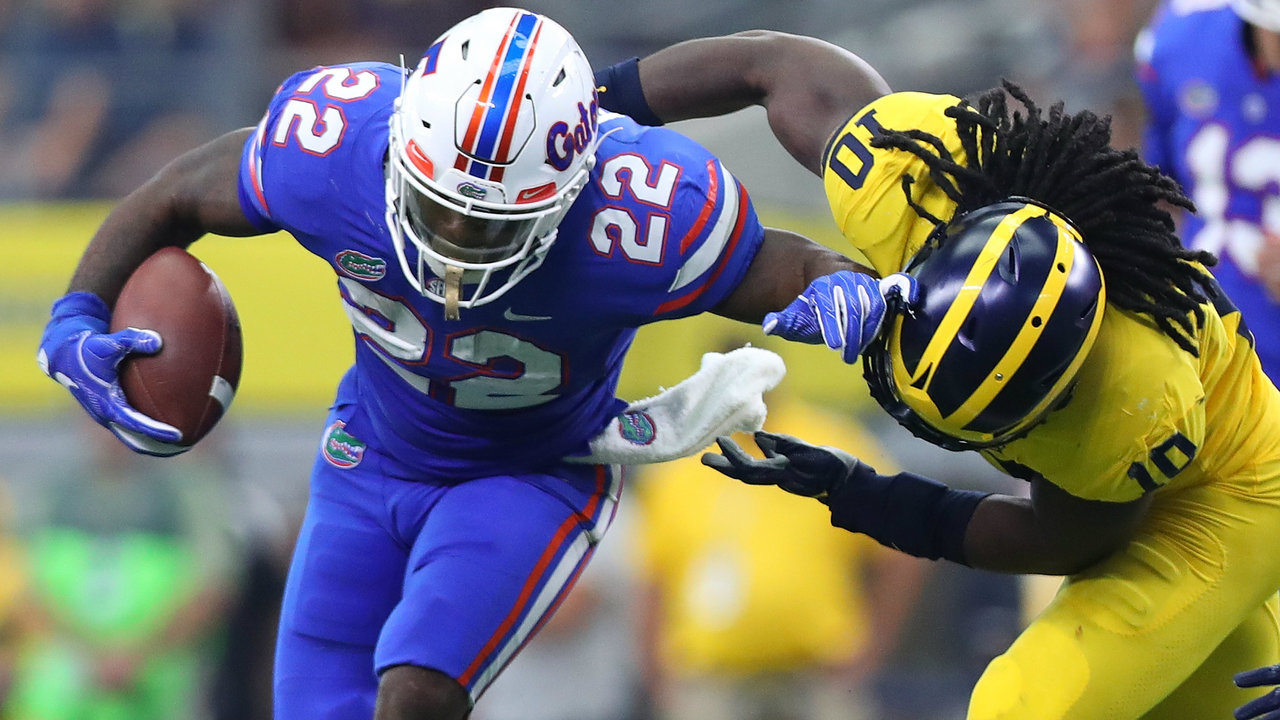 It would have been a huge blow to the Wolverines if Devin Bush had been ejected for targeting on the first defensive drive of the game, but the officials allowed him to hang around, and he made the most of the opportunity.

Bush was the most active player inside AT&T Stadium, making seven total tackles, three tackles for loss and two sacks. One of the biggest holes to fill on Michigan's defense was the backfield presence of Jabrill Peppers, but Bush was one of the top contributors in that regard.

When a Big Ten team plays an opponent from the SEC, speed is often considered an advantage for the team from the south. But Bush, who won a high school state title in Florida, helped Michigan shrink that gap, as the defense swarmed to ball carriers running to the sideline.

Bush loves to make big hits, so he needs to be careful in terms of staying on the field. But his talent is obvious, and he could be a huge playmaker in Don Brown's scheme. 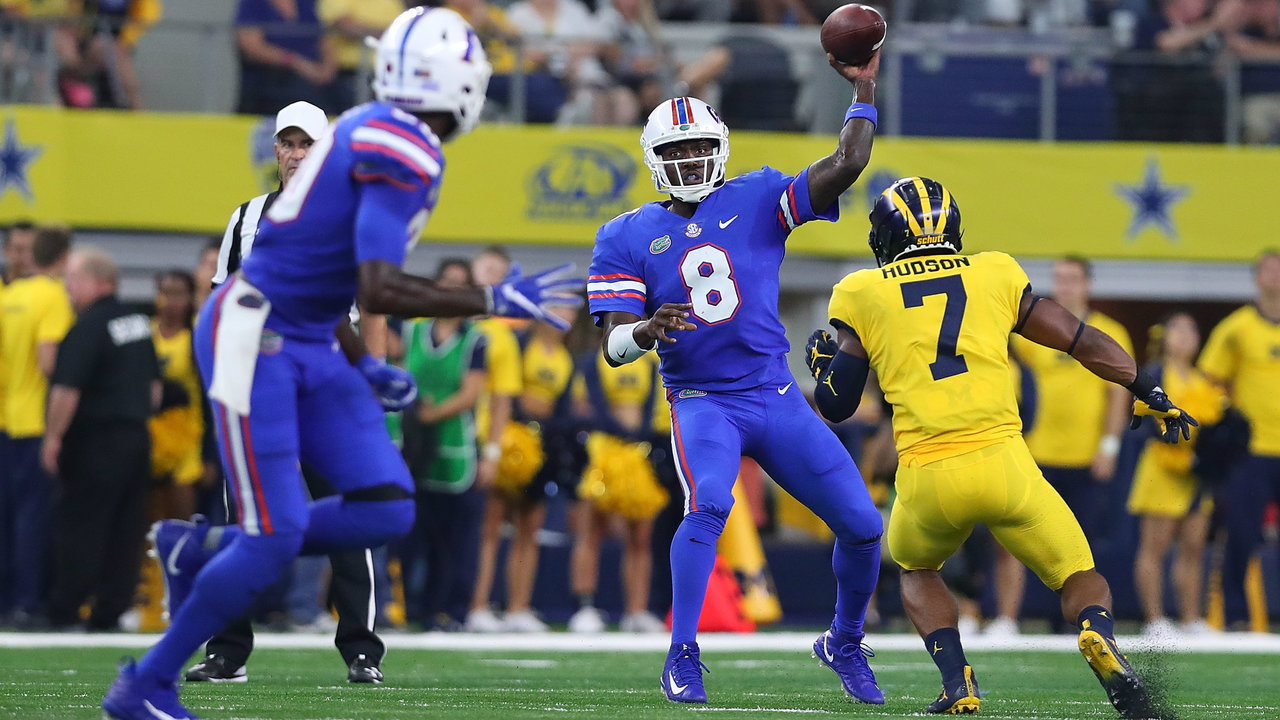 While Bush was the most dominant overall defensive player, Khaleke Hudson was his partner in crime, flying to the ball across the field.

Hudson took over at the unique viper spot in Brown's defense and immediately made an impact. He's a freakish athlete who showed he's a reliable tackler in open space. If Hudson can make a one-on-one tackle against Florida, he'll be a defensive star in the Big Ten.

Hudson finished the game with four total tackles, one 1.5 tackles for loss and one sack. He also forced a fumble, broke up a pass and hit the quarterback twice. He's a versatile weapon in the center of the Wolverines defense, and Brown knows exactly how to utilize him. 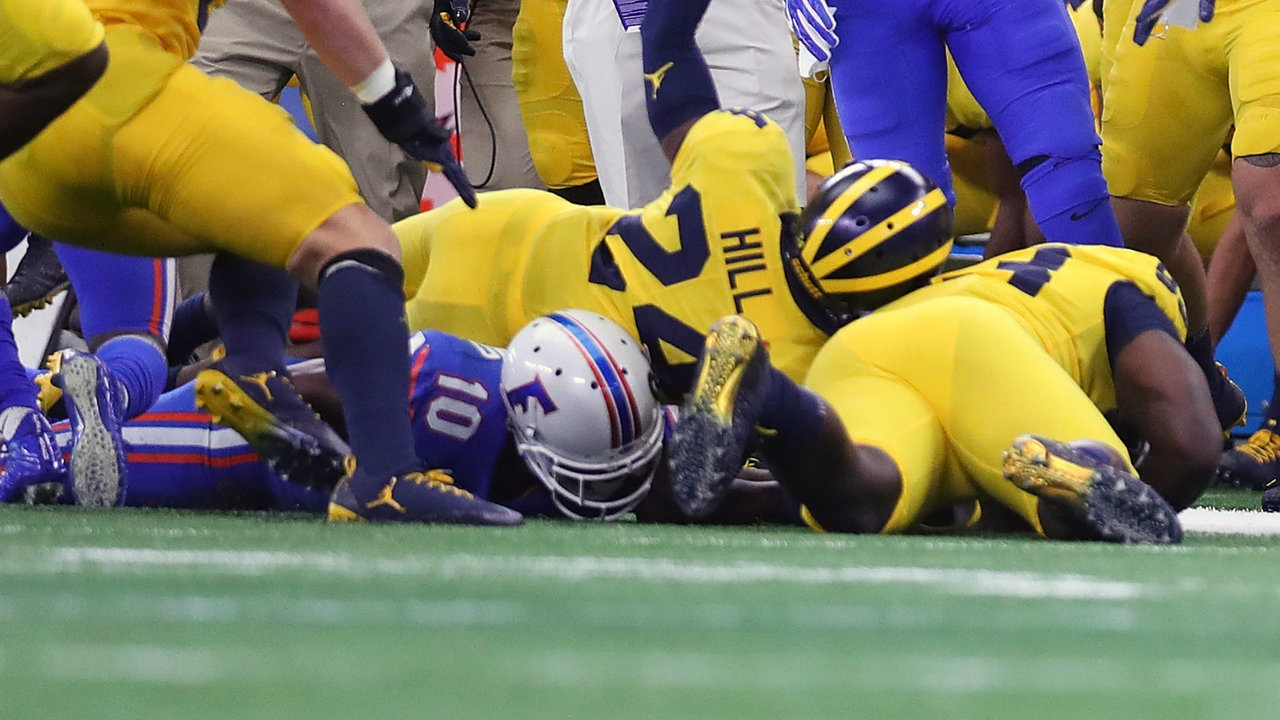 You might be sensing a trend: This is a very defense-heavy list. That's because the Wolverines' defense stole the show and controlled the entire game.

If you read our Michigan football coverage leading up to the game, you know the biggest concern this season was the young secondary, which had to replace an All-American and four NFL caliber players.

Lavert Hill was the only established starter at cornerback heading into the game, and by the time the Wolverines left Dallas, it was obvious why.

Hill had a few hiccups in his first game as Michigan's No. 1 cornerback, but overall, he did a nice job handling Florida's top available wide receivers. The defensive line forced the Gators' quarterbacks into rushed throws, but Hill stayed strong in coverage, breaking up two passes and making four tackles.

He even had a tackle for loss when Brown brought him into the backfield on the cornerback blitz. Hill is certainly going to be tested by quarterbacks like J.T. Barrett and Trace McSorley, but he passed his first test with flying colors. 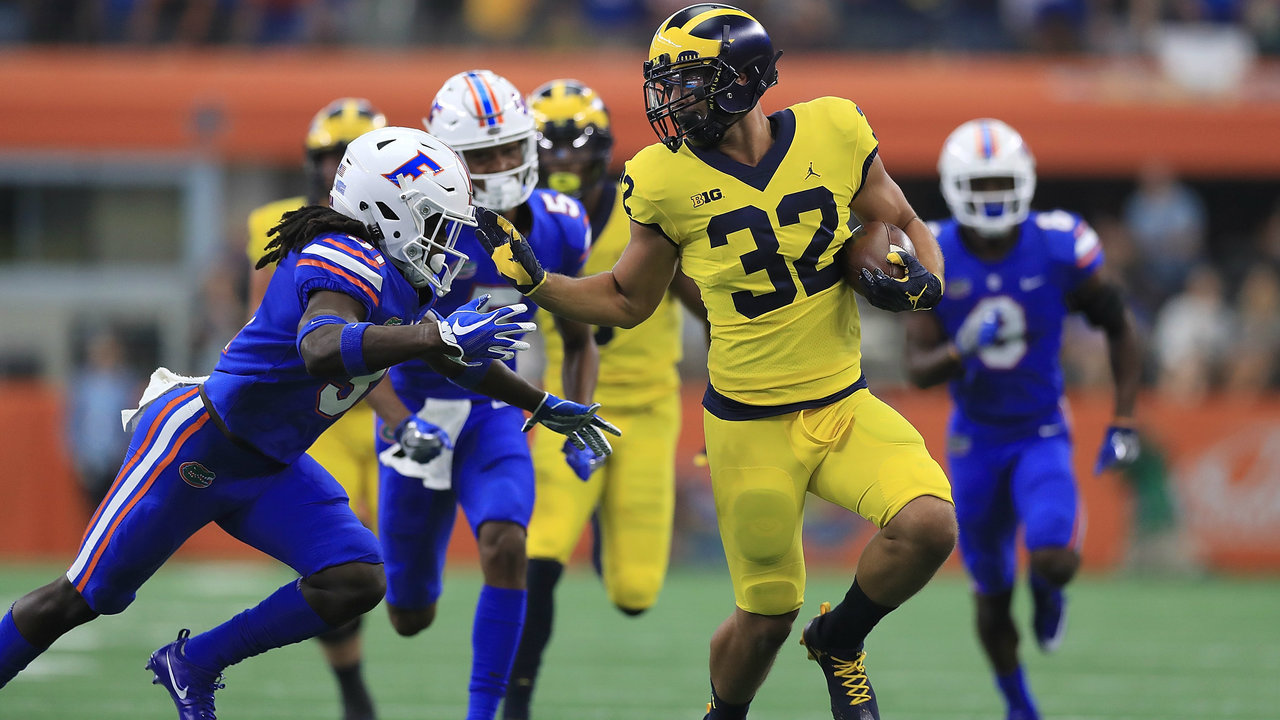 The offense struggled at times throughout the game, but there were a few bright spots among the turnovers and negative plays.

In a year of youth and inexperience for the Wolverines, it was a fifth-year senior who emerged as the offensive hero in week one. Ty Isaac didn't start in the backfield, but he finished the game with 11 carries and 114 yards, blowing the rest of the running backs away.

Isaac made his first big play right off the bat, coming in on third and 13 near midfield and ripping off a 36-yard run to not only keep the drive alive, but get to the red zone. Michigan ended up with a field goal that tied the game instead of a punt.

During the first drive of the second half, Isaac got the call on fourth and one from Michigan's own 44-yard line. Isaac didn't just get the one yard, he gained 18, setting up an eventual go-ahead touchdown.

He also had a run to put Michigan in field goal position late in the game and a 14-yard scamper on a third and 13 to keep another drive alive.

Chris Evans dominated the offseason headlines for Michigan, but Isaac dominated on the field. 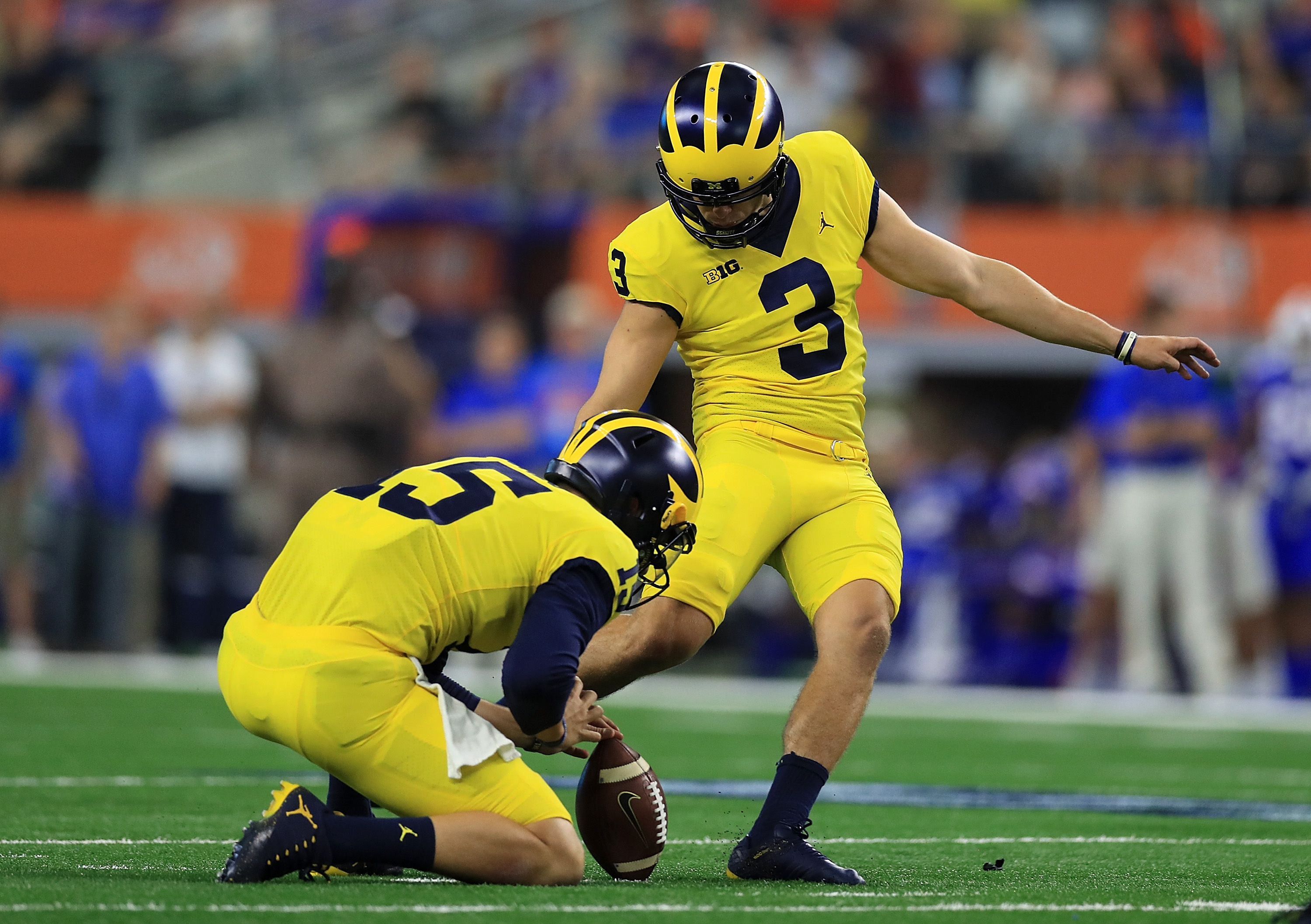 Michigan had a pretty reliable kicking game with Kenny Allen last season, but he didn't have the elite ability Quinn Nordin showed in the opener.

Yes, the game was played in a dome, so Nordin had ideal conditions. But he still became the first Michigan football kicker ever to drill a pair of field goals of at least 50 yards in the same game. In the end, Nordin made kicks from 55, 50, 30 and 25 yards in his first college action.

Nordin missed his last two attempts, one from 52 yards and one from 32 yards, but it was an overall promising debut for the star kicking prospect. It's clear why Harbaugh was willing to spend the night at Nordin's house during the recruiting process, with the vision of 50-yard field goals dancing in his head.